Former HQ in Trieste of Austrian Lloyd, known locally as 'The Palace'. 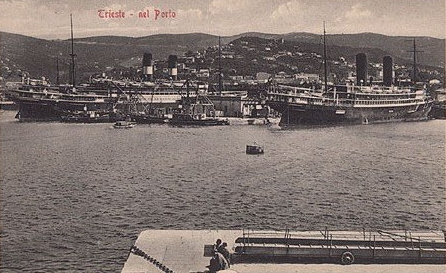 The port of Trieste, c1912, with two liners docked, an Austrian Lloyd liner, possibly SS Wien, to the right. It appears the liner to the left is Union Austriaco's SS Kaiser Franz Josef. 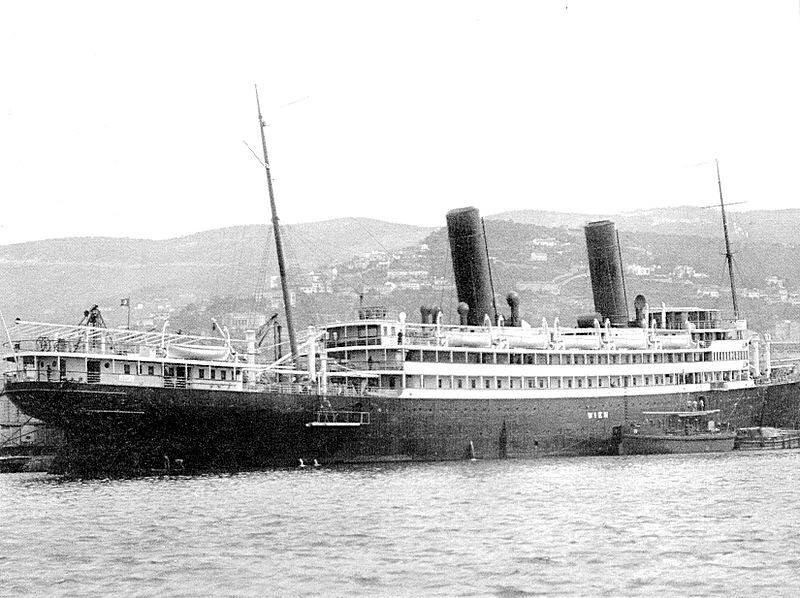 Austrian Lloyd (German: Österreichischer Lloyd) was the largest shipping company in the Austro-Hungarian Empire, founded in 1833. It was based at the port of Trieste in the Austrian Littoral, the main port of the Austrian part of the Dual Monarchy of Austria-Hungary. At the outbreak of The Great War in August 1914 it was composed of 62 ships totalling 236,000 tons.

Following The Great War the company was siezed by the Italians. Operations continued from Trieste under the name Lloyd Triestino, until March 1, 2006 when it became Italia Marittima.

In 1833, 19 sea transport insurance companies, banking houses and numerous individual shareholders, among them the Austrian politician Karl Ludwig von Bruck, decided to form the company, Austrian Lloyd Trieste. Originally the company answered the purpose to exchange information on European maritime trade and oversea markets, modelled on Lloyd's Register in London. Relying on a network of business correspondents and newspapers circulating in the port of Trieste, it issued shipping news and also undertook to provide postal services with sailing vessels supplied by the Austrian Navy.

Within a short period of its formation, the administration applied to Emperor Ferdinand I of Austria for the privilege of steam navigation with the Levant. On 20 April 1836 the steam-navigation department was introduced, and during its second meeting on 2 August the same year the department decided to build six steamships. For this reason, 1836 is often considered the year the company was founded. 1844 saw another leap in the company's growth when it acquired First Danubian Steam Navigation Company's line which operated to Constantinople and Smyrna, along with all its equipment. A year later, Austrian Lloyd was declared the official carrier for the postal service of the Austro-Hungarian monarchy. 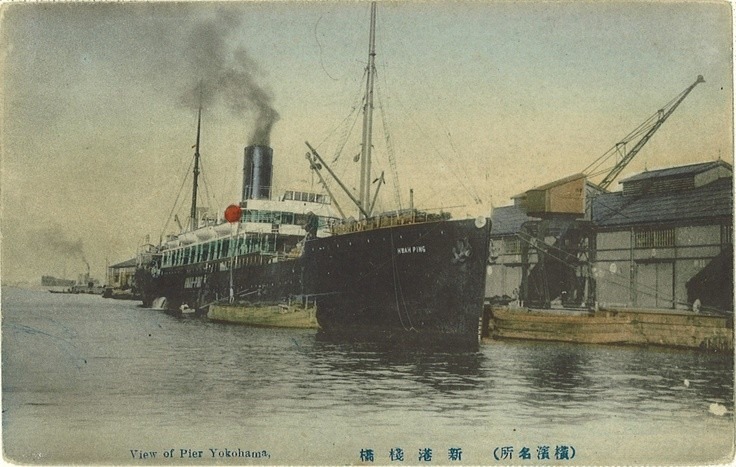 Former Austrian Lloyd's SS Bohemia docked in Yokohama, Japan. In 1914 it was in Shanghai and was seized by China and renamed Hwah Ping. 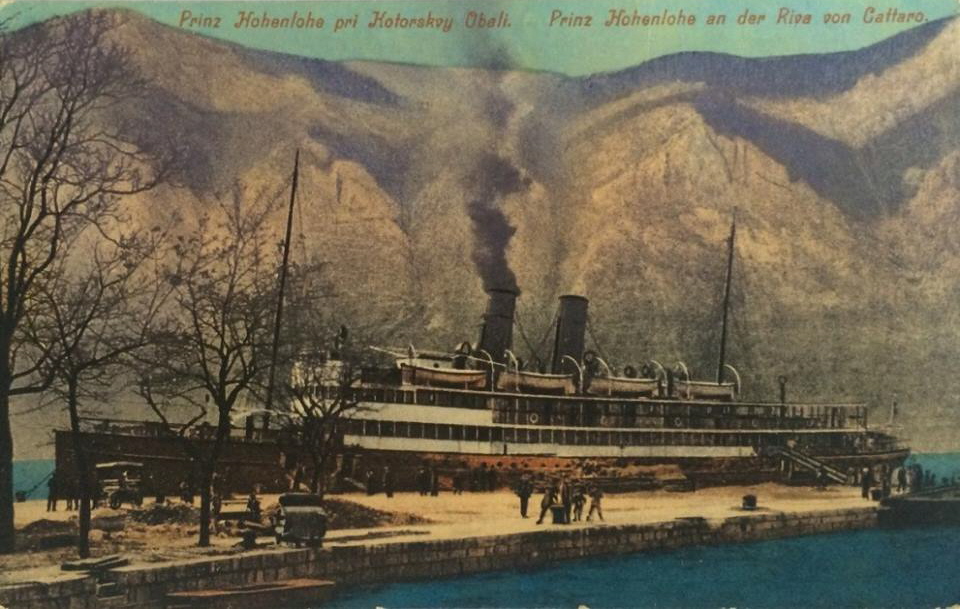 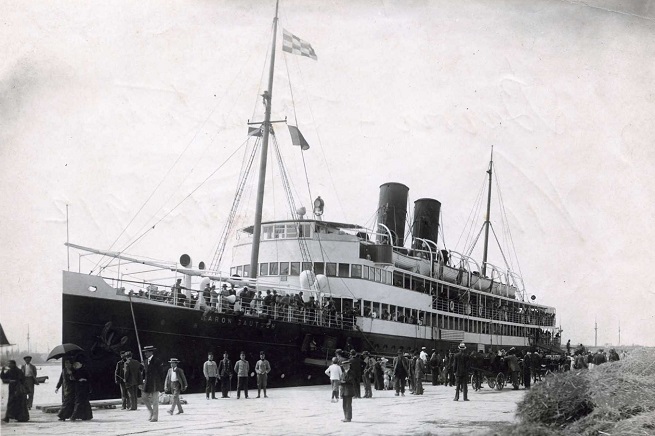 At the opening of the Suez Canal in 1869, Austrian Lloyd was present with its steamships Pluto, Vulcan, and America. Soon after this, the company launched its Trieste–Bombay line and also established a weekly service between Trieste and Port Said. With the opening of the Bombay route, the company acquired an international dimension which was further reinforced by the extension of the line to Colombo, in autumn 1879, and early in 1880 to Singapore and Hong Kong. In 1881 the company company started services to New York, Brazil and the River Plate. By1886 the company had 86 ships in service.[1] The route to Alexandria, which was modernized in 1894 by the introduction of four new express steamers, and the route to Bombay proved to be the most profitable passenger lines in the company's history. In 1907 the company started conducting pleasure cruises.

The frequency of shipping with the Levant increased, and the passages to Calcutta were increased from nine to twelve per annum. As a result, the company transferred the headquarters of the administration from Trieste to Vienna where, on 25 May 1907, the first Annual General Meeting of the company took place. The last expansion in the company's lines took place in 1912 with the Trieste–Shanghai express line.

The company had a very large fleet with both liners and freighters. For example, in 1908 three passenger liner sister ships were ordered, Baron Gautsch (1908), Prinz Hohenlohe and the last Baron Bruck (1913). 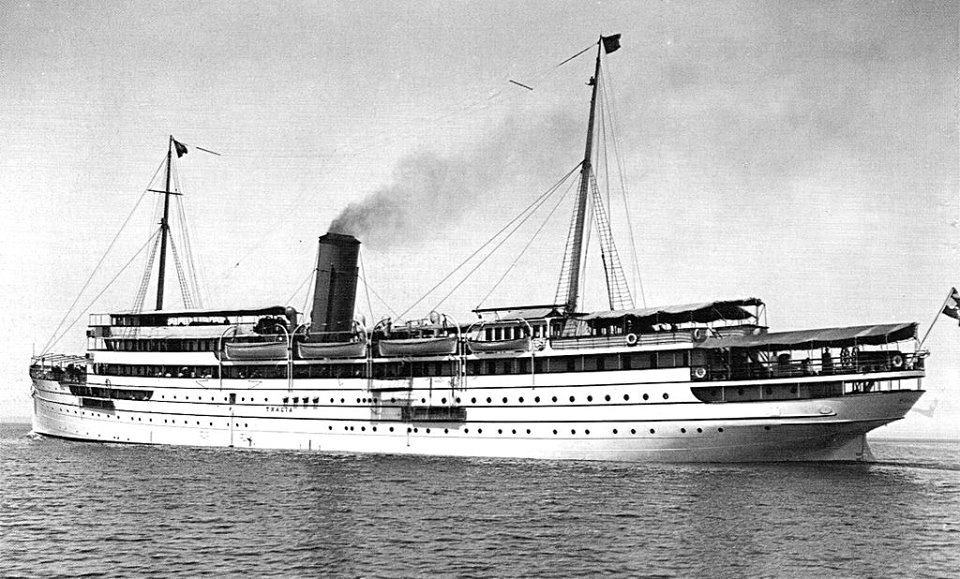 The sinking of the Baron Gautsch.

It is said that the very first civilian shipping casualty of The Great War was the sinking of the passenger liner SS Baron Gautsch (launched in 1908), which hit a French-laid mine in the Adriatic Sea on August 13, 1914, and sank with the loss of 150 lives.[2] The sinking of Austrian Lloyd’s liner SS Linz, which was being used as an army transport ship, was another terrible disaster. On the night of March 18/19, 1918, the ship was torpedoed by a French submarine off the Albanian coast, near Kepi i Rodonit. The cabins of the sleeping passengers were below deck, so most of them were surprised by the sudden ingress of water. Of the more than 3,000 passengers, only 291 survived. On several occasions Austrian Lloyd ships or hospital vessels were torpedoed by French submarines.