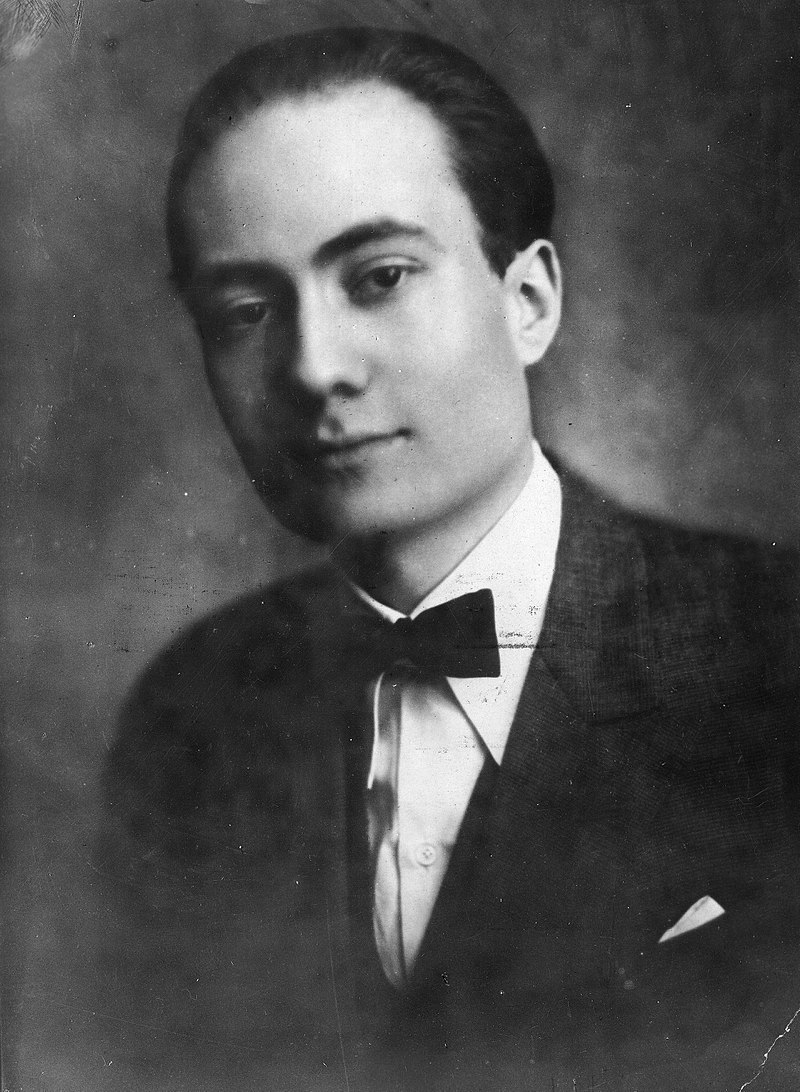 Alfred Fabre-Luce (16 May, 1899 - 17 May, 1983, both in Paris, France), was a famous journalist and prolific author, who also worked on several films in his later life[1]. During the 1930s and 1940s he was a determined advocate of Franco-German collaboration; as early as 1927 he wrote a book praising the Treaty of Locarno, and gave his "rapturous approval" to the Munich Agreement in 1938.[2]

In 1940-1 he was a well-known collaborationist and he publicly accused the anti-Laval fraternity of consciously sabotaging the rapid and highly profitable integration of France into the New Europe. In his Diary published in Paris in January 1941 it ends triumphantly with a description of France in 1940, frantic with delight at the German victory which, he argued, was something for France's ultimate good. A large part of the book is concerned with ridiculing and denouncing those who rushed France into a war against Germany. What kind of country was it, he said, with a constantly falling birth-rate, with minds which were all fuddled with drink, with an army where, during the "phoney war" in Lorraine, soldiers were mutilating themselves and committing suicide - what kind of country was it to stand up to Hitler's Germany? "This military France of 1939 was like a nation of ghosts.....and if Daladier was its 'leader' during those months, he seemed to embody the country's feeling or resignation and despair....In newsreels he always looked like the chief mourner of his own country's funeral."[3]

He rightly attacked the British Royal Navy's murderous attack on units of the neutral French navy anchored at Mers-el-Kebir:

"Now the quarrel between France and England is final and complete. In one day England killed more French sailors than Germany did during the whole war. It aroused in the hearts of the French old hatreds and grievances - Joan de Arc, Fashoda.....Less than three weeks after the Armistice a thirty years alliance was destroyed. The physical solidarity of the European continent had proved stronger. Inexorably, Europe is rapidly coming into being."[4]

He was no less outraged by de Gaulle (about whom he would publish post-war a highly critical book):

"De Gaulle, Reynard's Under-Secretary, is telling us through the Daventry (England) microphone that he was the "leader of all the Free French" and inviting his countrymen to join in a new 'International Brigade', now in England's service, the wreckage of all the defeated armies of recent years."[5]

Analysing the mood of 1940, Fabre-Luce wrote:

"There are some who say of Pétain 'Here is our Hindenburg. But where is our Hitler?' True, France has made a revolution without revolutionaries. Universal suffrage has been scrapped. The secret societies have been dissolved. Men in responsible positions may now be punished or dismissed. Strikes are prohibited. Education has become French. Laws have a new opening sentence Nous, Maréchal de France, chef de l'Etat Francais.....But what we still lack is a new élite. In Germany the struggle for power brought the new élite to the surface. Our institutions, on the other hand, were totally reformed overnight by a parliamentary vote of 569 men, stunned by their country's defeat.........Now is the time to organise France and put new life and substance into her. They talk of national revolution....But is it not, above all, a world revolution that is on the march? A world revolution of which France forms an important part. It is not for her to give orders any more, but to collaborate, to inspire herself [by the example of Germany] and, above all, to be. Here, on the threshold of the new world, one is filled with a feeling of reverent awe."[6]

When the war started in Russia, Fabre-Luce cheered saying Communism would "soon become territorially non-existent......the frontiers of European civilisation are daily moving East...". He also attacked recent terrorism in France: "Terrorists everywhere, Laval and Déat were wounded by a bomb at Versailles....German officers have been wounded in the streets of Paris.....hostages are being executed, Communists and others found in possession of firearms....its an infernal vicious circle....It creates ill-feeling that did not exist last year [for which he blamed the BBC],....and now the Communists are trying to create inside France that Second Front [the so-called resistance] the Soviets are clamouring for.......These gangsters do not represent France!"[7]

Somehow, the reasons for which are unclear, Fabre-Luce did not suffer the same fate as many, if not most, of the 1940-44 collaborationists and does not seem to have been caught up the post-war "French Purge"[8]. However, Fabre-Luce's Journal de l'Europe 1946-7[9] has a chapter on "the hell of Poissy" - the prison near Paris where callborationists underwent much suffering.[10]

Many of his books remain available today.

Fabre-Luce married Charlotte de Faucigny-Lucinge (1928 - 1983) with whom he had two children. He was the uncle of Anne-Aymone née de Brantes, wife of Valéry Giscard d'Estaing, sometime President of France.