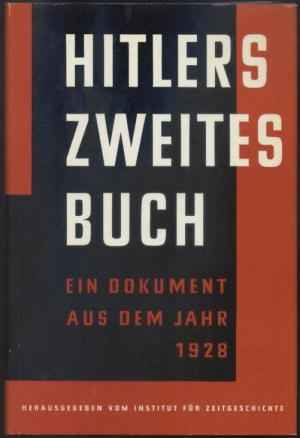 Also some revisionists have accepted the Zweites Buch as being authored by Hitler, as well as the published version not having being edited by others. Other revisionists have been skeptical, as it was not discovered and published until after the war by its "editor" the Jewish Gerhard L. Weinberg, with several Jews being involved.[1][2] Weinberg's family had lived in the USA since September 1940 after emigrating from Germany. He is a very suspect character as his first job involved working on German documents looted by the US forces and occupying administration in Germany. He organized and directed a project of microfilming the German documents. It was, he suggests, at that time that he located, identified, and subsequently published in Germany, in 1961, Hitler's Second Book. Enigma Books in New York City produced the first English-language edition[3] in 2003.

See also the article on Hitler's Table Talk and the criticisms there.