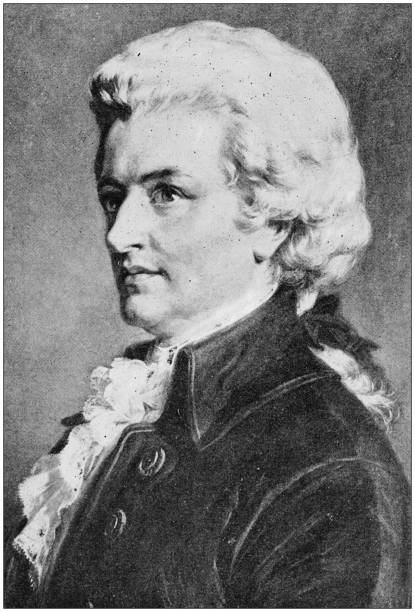 Mozart, who himself signed many letters as Wolfgang Amadé Mozart

His more than 600 compositions include works widely acknowledged as pinnacles of symphonic, concertante, chamber, piano, operatic, and choral music, and he is among the most enduringly popular of classical composers. During his compositional career, Mozart wrote German opera from the age of twelve until three months before his death. Die Entfhrung aus dem Serail[2] and Die Zauberflöte were two of Mozart’s greatest theatrical successes.

Mozart was born in Salzburg, into a musical family, and at a very early age began to show indications of prodigious abilities. When he was five years old he could both read and write music, and had precocious skills as a player of keyboard and violin. Much of his childhood and adolescence was taken up with tours which included performances before many of the royal courts of Europe.

In 1773, aged 17, he accepted a post as a court musician in Salzburg, but was unhappy with his low pay and limited opportunities. Over the next eight years, he frequently traveled in search of a better position, and composed abundantly. This situation continued until his dismissal from Salzburg in 1781 by his employer, the Prince-Archbishop, and his subsequent departure for Vienna.

His Viennese years, which lasted until his death, were crowded, bringing him relative fame, though his finances remained precarious, with periods of prosperity and of penury. In 1782 he married Constanze Weber, against the wishes of his family; six children were born of whom two survived infancy. Musically this was a period of outstanding creativity which saw the production of many of his best known symphonic, concertante and operatic works, and his final, incomplete Requiem. The circumstances of his death, aged 35, have been much mythologized, but were most likely commonplace.

In his youth, Mozart had used his gifts of imitation and mimicry to learn from the works of others. From these lessons, in maturity he fashioned a style that ranged in mood from the light and pleasant to the dark and violent, from a vision of humanity "redeemed through art, forgiven, and reconciled with nature and the absolute".

His influence on all subsequent classical music has been profound; Beethoven wrote much of his early music in Mozart's shadow. Joseph Haydn, sometime mentor and later friend and admirer, wrote: "Posterity will not see such a talent again in 100 years"; others claim that, more than two centuries after his death, that talent remains unsurpassed.