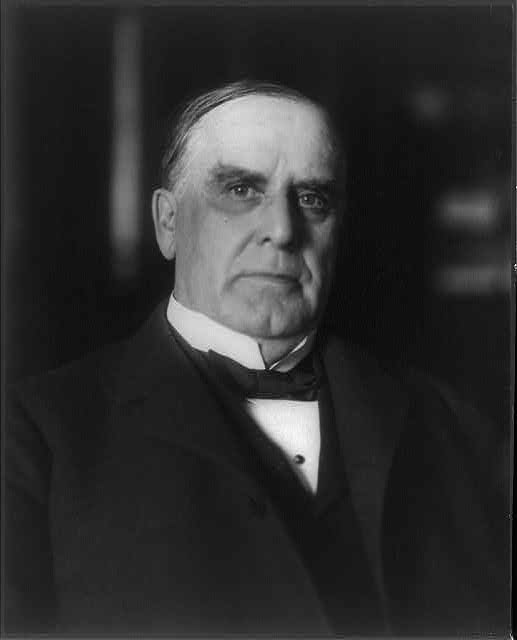 William McKinley (29 January 1843 – 14 September 1901) was the 25th president of the United States (1897–1901). Under McKinley’s leadership, the United States went to war against Spain in 1898 and thereby acquired territories that included Puerto Rico, Guam, and the Philippines.

He was assassinated by the social anarchist Leon Czolgosz, influenced by Emma Goldman.‎