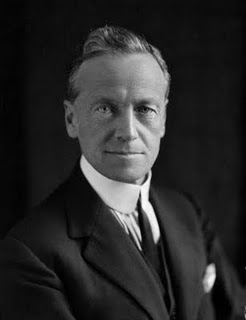 Walter Edward Guinness, 1st Baron Moyne DSO & Bar PC (29 March 1880 – 6 November 1944) was a British politician and businessman, from the famous Irish Anglican brewing family. He served as the British minister of state in the Middle East until November 1944, when he was assassinated during World War II in Egypt by terrorist group Lehi in a Zionist-Jewish plot. The assassination of Lord Moyne sent shock waves through Palestine and the rest of the world. He was a member of the Conservative Party.