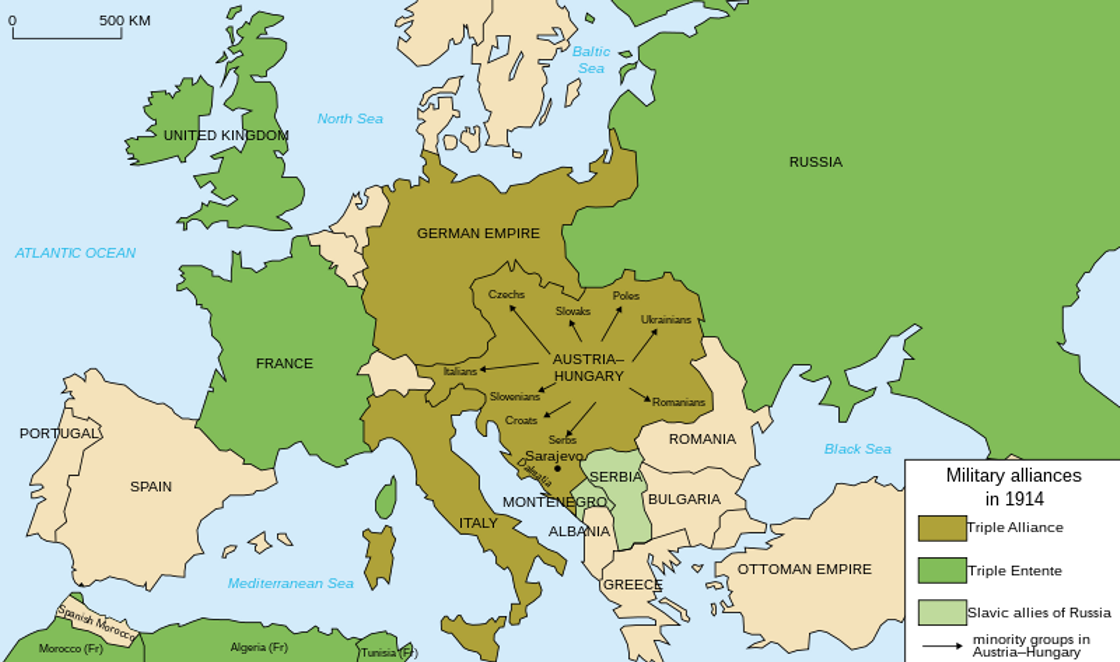 The Triple Alliance was a mutual-defence treaty, the signatories being the German Empire, Austria-Hungary, and Italy (and later Romania).

The German Empire and Austria-Hungary concluded a defensive alliance treaty on October 7, 1879, being joined by Italy on May 20, 1882, forming the Triple Alliance. It was formally redrafted on December 5, 1912.[1] Romania joined the Alliance on February 5 & 26, ratified at Bucharest on March 8, 1913.[2]

Following the murders of the Austro-Hungarian Imperial Couple at Sarajevo in June 1914, interpreted by the Dual Monarchy as an open attack upon them by Serbia (who was behind the murders), Austria-Hungary served an ultimatum on Serbia, the failure to comply with meant war between the Empire and Serbia. First Italy and then Romania broke their commitments enshrined in the Treaty and, for a year, remained neutral, before joining the western liberal plutocratic Allies.

The Tripartite Pact, also known as the Berlin Pact, between Germany, Italy, and Imperial Japan on 27 September 1940, one year after the start of World War II, is historically sometimes also referred to as a "triple alliance".