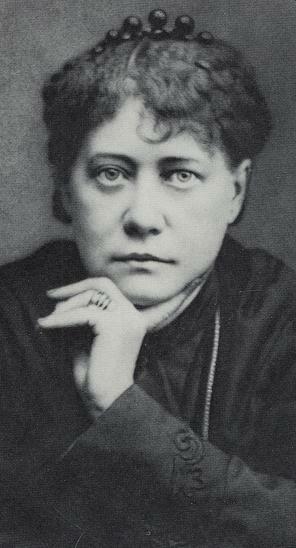 Theosophy is an esoteric philosophy and movement that emerged during the late 19th century, led by Helena Blavatsky (1831 – 1891) and strongly influenced by the earlier Jakob Böhme (1575 - 1624), whose earlier movement is referred to as "Christian theosophy" or "Boehmian theosophy".

Blavatsky's Theosophy draws upon both older European philosophies like Neoplatonism and Asian religions like Hinduism and Buddhism.

The Theosophical Society was involved in projects connected to a range of "progressive" political causes. In England, there were strong links between Theosophy and feminism. One analysis found that prominent English feminists of the period were several hundred times more likely to join the Theosophical Society than was the average member of the country's population.[1]

Theosophy promotes values such as "universal brotherhood" and was an influence on the New Age movement.