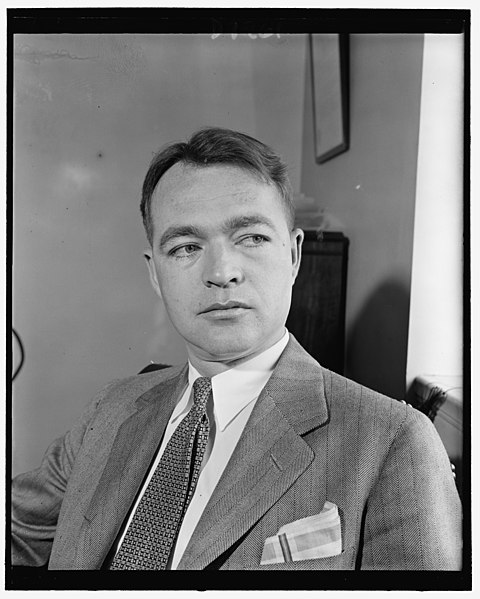 Telford Taylor (1908 – 1998) was an American lawyer, best known for his role during the Nuremberg trials.

He initially served as an assistant to Robert H. Jackson, Chief United States Prosecutor during the International Military Tribunal. When Jackson resigned after the conclusion of this trial and returned to the U.S., Taylor succeeded him, on 17 October 1946, as Chief Prosecutor during the Nuremberg Military Tribunals. In these trials, 163 of the 200 defendants who were tried were found guilty.

The Holocaust Revisionist Arthur Butz has argued that Taylor was a front figure for public relations purposes, but that he was not in reality in charge of or deeply involved in running the trials, which was instead done be individuals such as the Jewish David Marcus and the Jewish Robert Kempner.[1]

Taylor afterwards wrote several books, including The Anatomy of the Nuremberg Trials: A Personal Memoir. The Holocaust revisionist Carlos Porter, in an article titled Anatomy of a Nuremberg Liar, has compared statements in this book with actual quotations from the Nuremberg Trial transcript and written that Taylor "was incapable of repeating the simplest statement truthfully."[2]