Paul Wilhelm Guhl (b. 1 June 1916 in Stuttgart, Kingdom of Württemberg; d. 16 April 1997 in Leonberg, Baden-Württemberg) was a German officer of the Waffen-SS, at last SS-Sturmbannführer (Major) and recipient of the Knight's Cross of the Iron Cross in World War II. 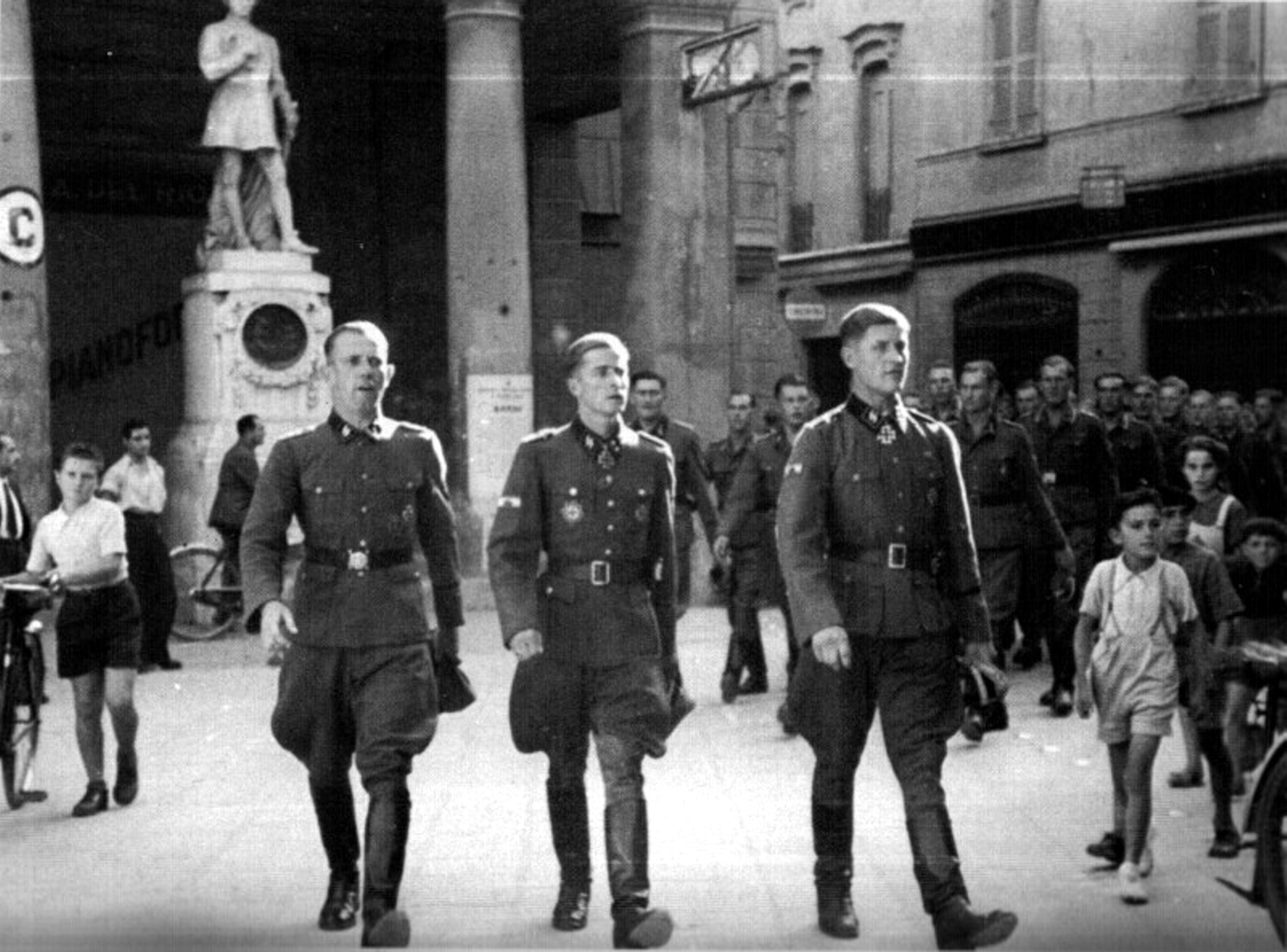 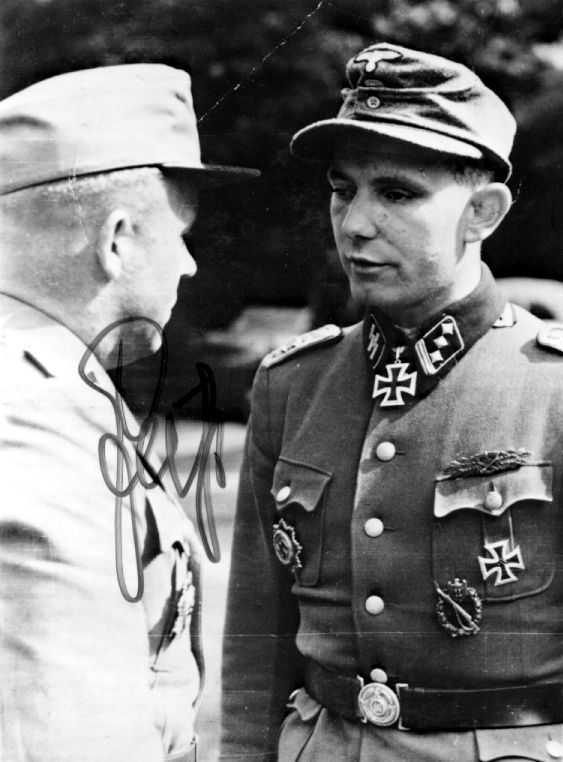 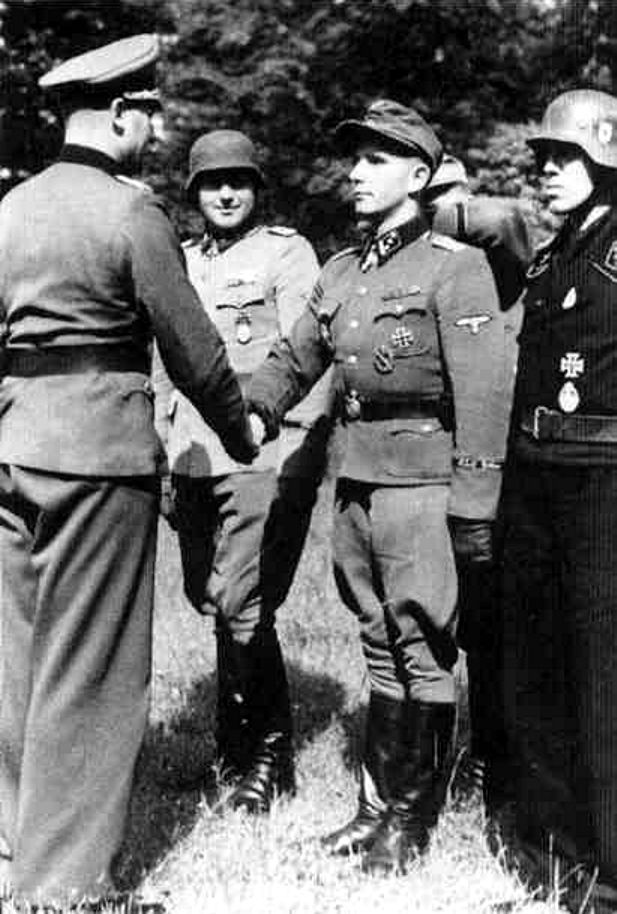 Paul Guhl was born 1916 in Stuttgart-Zuffenhausen as son of Ernst Guhl and his wife Friederike, née Späht. On 23 December 1923 his brother was born, who died but only hours later. Guhl finished middle school 1931 and became an apprentice as a car mechanic and succesfully ended the apprenticeship 1934. On 1 August 1934 he entered the Leibstandarte SS „Adolf Hitler“ with a four year contract (SS-Nr.: 265,307), received his basic training an was forwarded to the 11th Company on 17 October 1934. From 1936 until 1938 he served in the same company as Joachim Peiper. 1938 he was honorably discharged as SS-Hauptscharführer and received a good paying job with the company "Allgemeine Elektricitäts-Gesellschaft AG" (AEG). In August 1939 he was reactivated by the Leibstandarte in order to take part in WWII.

During the Poland campaign he showed great bravery as platoon leader, was awarded the Iron Cross, 2nd Class, promoted on 26 Septemer 1939 to SS-Untersturmführer and taken into service as an active officer. From 1 November 1939 until 24 February 1940 he was commanded to the SS-Junkerschule Tölz. He returned to the Leibstandarte for the Western Campaign 1940, on 1 November 1940 he became an instructor at the SS-Unterführerschule (for NCOs) in Lauenburg.

During the Operation Barbarossa in September 1942 SS-Obersturmführer Guhl became commander of the 11th Company "LSSAH" in Peiper's 3rd Battalion, with whom he was close friends as he was with Werner Wolff, Peiper's adjutant. The three SS officers formed a strong triumvirate. On the 11 July 1943 during the Battle of Kursk he was wounded on his right thigh. During his time of convalescence he was sent from Italy, where the Regiment rested, to Paris to take part in the battalion leadership course, he was the only member of the Waffen-SS among 126 candidates. On 9 October 1943 he graduated the course successfully.

On 20 November 1943, when Peiper took over the SS-Panzer-Regiment 1 "LSSAH", SS-Hauptsturmführer Guhl was named commander of of the III. armored personnel carrier (APC) Battalion/SS-Panzergrenadier-Regiment 2 "Leibstandarte-SS Adolf Hitler". He fought on the Eastern Front with his subordinates Georg Preuß, Werner Kindler and other prominent warriors. On 5 December 1943 during night action he received a ricochet wound to the face and lost his right eye. On 1 March 1944 he resumed command of the battalion with a glass eye and fought against the Normandy Invasion. In August 1944 he was ordered to take convalescent leave at the regimental rest home.

Peiper wanted Guhl in his new regiment, so he became commander of the 2nd Battalion/SS-Panzer-Regiment 1 "LSSAH" in September 1944. Guhl's 3rd Battalion was taken over by Josef Diefenthal. On 9 November 1944 Guhl was promoted to SS-Sturmbannführer.[1]

“SS-Hauptsturmführer Guhl was originally the commander of an armoured Grenadier-Kompanie, and since the 15.11.1943 he has led the III. (gep.) Battalion of the SS-Pz.Gren.Rgt. 2 (save for a 8 week spell while he was recovering from a wound). In January 1943 he received the Iron Cross First Class for his pronounced bravery and energetically led attacks. He was then awarded the German Cross in Gold on the 30.12.1943 for his outstanding performance before the enemy during the days of battle north of Belgorod. The following deeds of bravery by SS-Hauptsturmführer Guhl are worthy of special recognition:

1. On the 8 July 1943 the III.(gep.)/SS-Pz.Gren.Rgt. 2 was subordinated to the armoured group of the Division. Along with this unit it was to help destroy an enemy battlegroup (in strength of about 40-50 tanks) that had been located by friendly reconnaissance in the area Wessely—Ssuch—Ssolotino (north of Belgorod). The attack of the armoured group, which began at 12:00, broke down in the face of an extremely strong enemy defensive front near Rylsky and was initially stopped. A renewed attack by the II./SS-Pz.Rgt. 1 and the reinforced III.(gep.)/SS-Pz.Gren.Rgt. 2 was ordered to take place at 18:00. Before the start of the attack SS-Hauptsturmführer Guhl received the mission to take parts of his Kompanie and establish contact with the SS-Pz.Aufkl.Abt. 1, which was attacking further to the north. Meanwhile the elements of the armoured group that set out at 18:00 crashed against strong enemy defensive fire, and the attack against the hill 1.5 km southeast of Rylsky came to a halt. At the same time the forwardly assaulting III.(gep.)/SS-Pz.Gren.Rgt. 2 was blinded by friendly smoke, and its attack also slowed to a crawl. At this point Guhl returned to the Battalion from his previous mission. Quickly realizing the situation, he acted on his own initiative, and launched an enveloping thrust from the left into the rear of the foremost enemy units with 4 SPWs. Through this surprise thrust the enemy was thrown into confusion. Deceived by the noise, firepower and dust clouds, the enemy armoured forces commenced a retreat. SS-Hauptsturmführer Guhl took advantage of this panic, and launched a bold thrust with 3 SPWs that captured the tank-impassable river section south of Rylsky. The retreat movements of the enemy turned into a disordered rout. Many enemy tank crews abandoned their still operational vehicles and crossed the river via wading. Thus SS-Hauptsturmführer Guhl was able to capture 31 enemy tanks and destroy them with demolitions. Furthermore the enemy lost about 200 dead along with numerous light infantry weapons. The enemy now counterattacked with tank support, and SS-Hauptsturmführer Guhl was initially able to hold them at bay. Only after the newly attacking enemy tanks immediately threatened his weak elements, and when it was confirmed that the friendly armoured group further to the south could offer no relief, did SS-Hauptsturmführer Guhl pull back into a hollow while offering resistance on all sides. By nightfall no opportunity to retreat had presented itself, and so SS-Hauptsturmführer Guhl blew up his still operational SPWs. He then fought his way back to the Battalion with his men in a half-day foot march. Nevertheless, through his fearlessness and independent conduct, SS-Hauptsturmführer Guhl had created some very favourable conditions for the continued offensive operations of the Division. By destroying 31 enemy tanks he had also delivered a very severe blow to the enemy, with the result that enemy resistance in this area was weak in the subsequent days. This enabled the friendly attacks in this sector to meet great success as a result.
2. On the 5 December 1943 the armoured group of the Division received the mission to move out from the area northeast of Zhitomir. It was to bypass Tschernjachoff from the northwest and thrust behind the Russian frontline towards Radomyschl. During this time the III.(gep.)/SS-Pz.Gren.Rgt. 2, now under the command of SS-Hauptsturmführer Guhl, was assigned reconnaissance missions. Starting at around 16:00 the armoured group (with the III.(gep.)/SS-Pz.Gren.Rgt. 2 at its head) reached the area northwest of Tschernjachoff after breaking weak enemy resistance. The enemy had emplaced significant obstacles around Perkartschina and built up the village itself for all-round defense. SS-Hauptsturmführer Guhl knew the value of capturing this village, as it was crucial for its 50 ton bridge to fall into our hands. After a short personal reconnaissance SS-Hauptsturmführer Guhl sent in his Battalion to attack Perkartschina at moonrise. Ignoring the defense fire from MGs, anti-tank rifles and anti-tank guns, he drove into the village at top speed, firing weapons in all directions. He and his forces overcame three defensive positions before and one within the village, set most of the village aflame with the Flammenwerferwagen and continued the thrust into the eastern part of the village. SS-Hauptsturmführer Guhl seized the bridge there and created a bridgehead after eliminating strong enemy infantry elements. As he went to conduct reconnaissance in the next village with only 2 SPWs, his SPW received an anti-tank rifle hit on the MG shield. In the process SS-Hauptsturmführer Guhl sustained severe head injuries and lost an eye.

SS-Hauptsturmführer Guhl is an extraordinarily bold and fearless daredevil, an exemplary leader of his Panzergrenadiere and an absolutely crisis-proof SS officer. Due to his exemplary fighting spirit, outstanding leadership qualities, and the aforementioned exceptional deeds of bravery, I hold SS-Hauptsturmführer Guhl as worthy to be awarded the Knight’s Cross of the Iron Cross. I ask that he be recognized with this high honour.”[2]