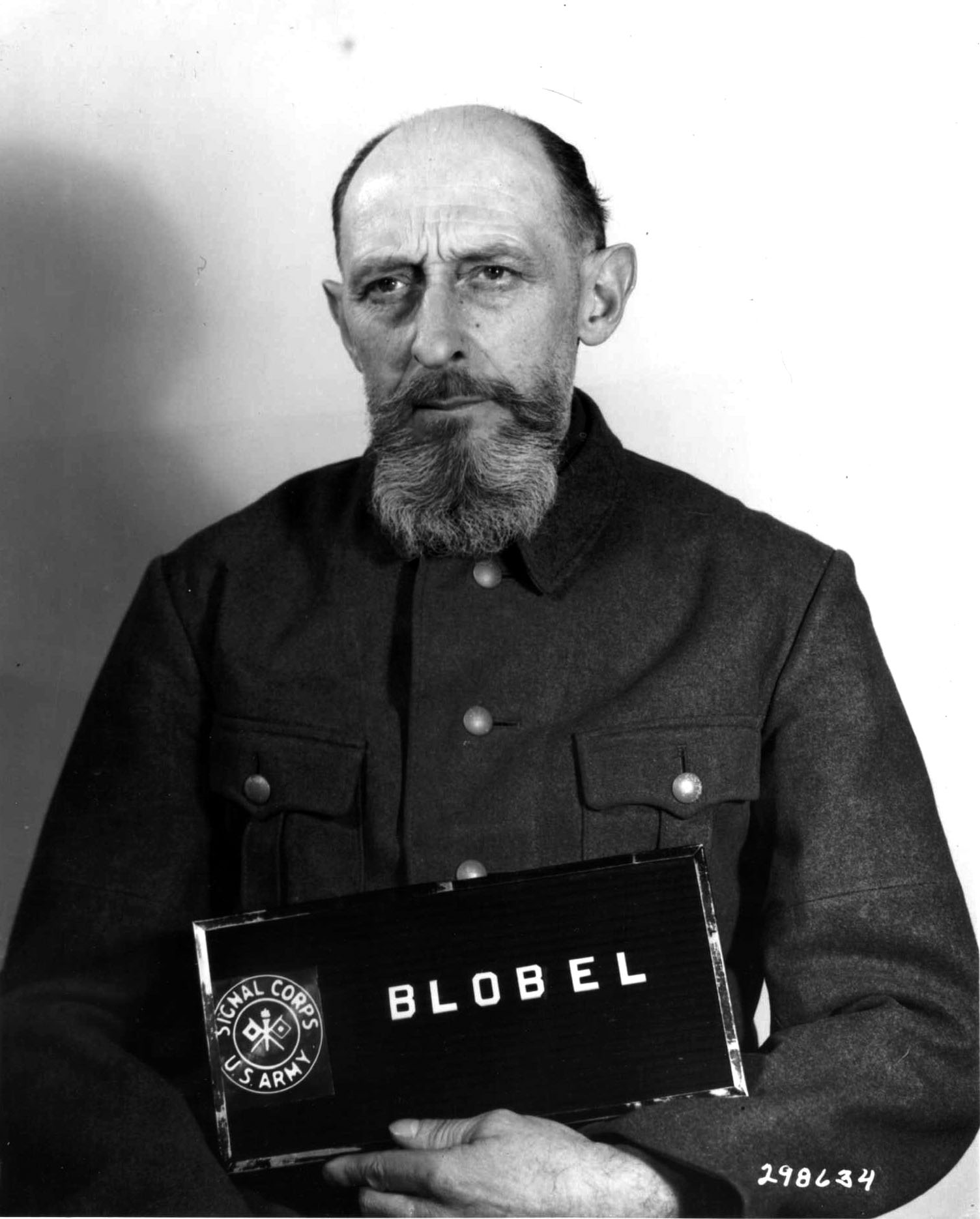 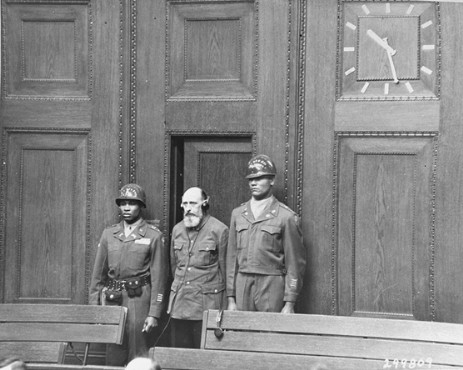 Blobel sentenced to death at the Einsatzgruppen trial.

He commanded Sonderkommando 4a of Einsatzgruppe C, active in Ukraine. Allegedly, during this period, he was, among other atrocities, partly responsible for the Babi Yar massacre at Kiev.

Blobel was relieved of his command on 13 January 1942, officially for health reasons, but mostly due to his alcoholism.

Allegedly, despite this, in June 1942, he was put in charge of one of the most sensitive and secret operations of the entire war - "Aktion 1005".

The revisionist Carlo Mattogno has criticized this claim, since Blobel had absolutely no competence in the field of cremation and had only began a half-year course of study at a technical school before joining the army. Mattogno argues that the SS would instead have consulted competent cremation specialists, as was done when constructing the crematoria at Auschwitz, done by the most important German builder of crematory ovens at the time, with the assistance of its head engineer, a highly competent cremation specialist.[1]

He was later sentenced to death at the Nuremberg trials, at the Einsatzgruppen trial. He was executed in 1951.

Blobel during this trial made several "confessions" which have been criticized by Holocaust revisionists.[2]

See the article on the Einsatzgruppen (in particular the section on Babi Yar) and the article on Aktion 1005 regarding general criticisms of the politically correct versions.

Part of this article consists of modified text from Wikipedia, and the article is therefore licensed under GFDL.
Retrieved from "http://en.metapedia.org/m/index.php?title=Paul_Blobel&oldid=453233"
Categories: