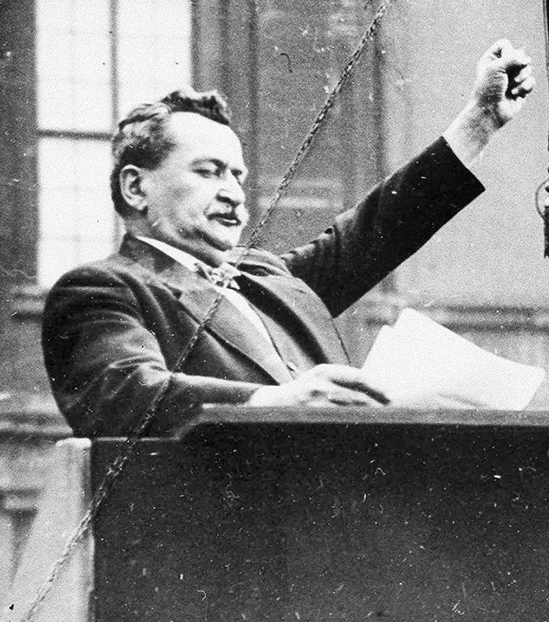 In March 1933 he made a speech in the Reichstag in opposition to Adolf Hitler and against the Enabling Act. See the "External links" section.

In June 1933, Wels went into exile in the Territory of the Saar basin, which at the time was under League of Nations control. On 13 January 1935, the Saar region voted 90.3 % in favour of returning to Germany and he moved to Prague, where he established Sopade, the exiled organization of the SPD. As a result of the Munich Agreement, 30 September 1938, Wels decided to leave Prague and went to Paris.

Since the 1980s with the Federal Republic of Germany he is hailed as a hero, although it is difficult to see what he did which was "heroic". Exactly 50 years after Wels speech in the Reichstag, on March 23, 1983, the council at Herten (in North Rhine-Westphalia, in the industrial Ruhr Area, some 5 km (3.1 mi) west of Recklinghausen) decided to name the central square in front of the town hall "Otto-Wels-Platz". An "Otto Wels" memorial plaque was installed later that year.[1]