Palestinian children killed by the Jews. 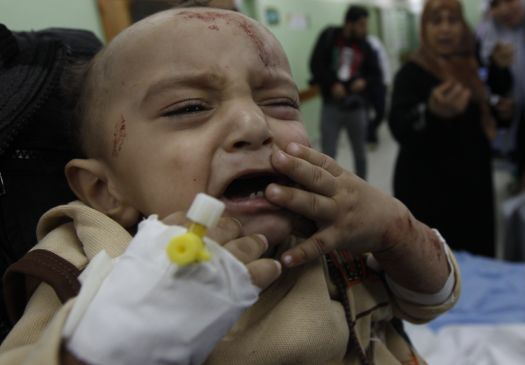 Operation Pillar of Cloud began on 14 November 2012 and soon became a series of indiscriminate massacres and ethnic cleansing carried out by Israel against the Palestinians of the Gaza Strip. It follows on from the Gaza Holocaust of 2008 where the Jews murdered 905 Palestinians. The Pillar of Cloud campaign claimed at least 101 Palestinians dead and 720 maimed and injured. Among the victims were 23 children.

"Pillar of Cloud" is a reference to the Hebrew god which appears in the Torah.[1] Israeli military planners apparently chose this term to make it appear their war had divine sanction.