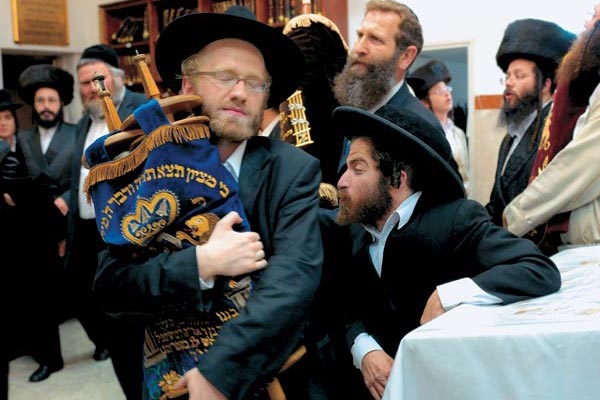 Many Jewish laws are not directly mentioned in the Torah, but are derived from textual hints, which were expanded orally. This was called the oral tradition or oral Torah. Rabbinic tradition holds that the written Torah was transmitted in parallel with the oral tradition. Jews point to texts of the Torah, where many words and concepts are left undefined and many procedures are mentioned without explanation or instructions; the reader is required to seek out the missing details from the oral sources.

Torah (Hebrew: "Teaching" or "Law"), in Judaism, is in a narrow sense the Five Books of Moses, in the broadest sense all of God’s revealed teachings for Jews and non-Jews.

In Rabbinic Judaism, the Oral Torah are those laws, statutes, and legal interpretations that were not recorded in the Five Books of Moses, the Written Torah, but nonetheless are regarded by Orthodox Jews as prescriptive and co-given. The Talmud is the central text of Rabbinic Judaism.

See the "External links" section regarding the non-religious documentary hypothesis on the origin of the Five Books of Moses.