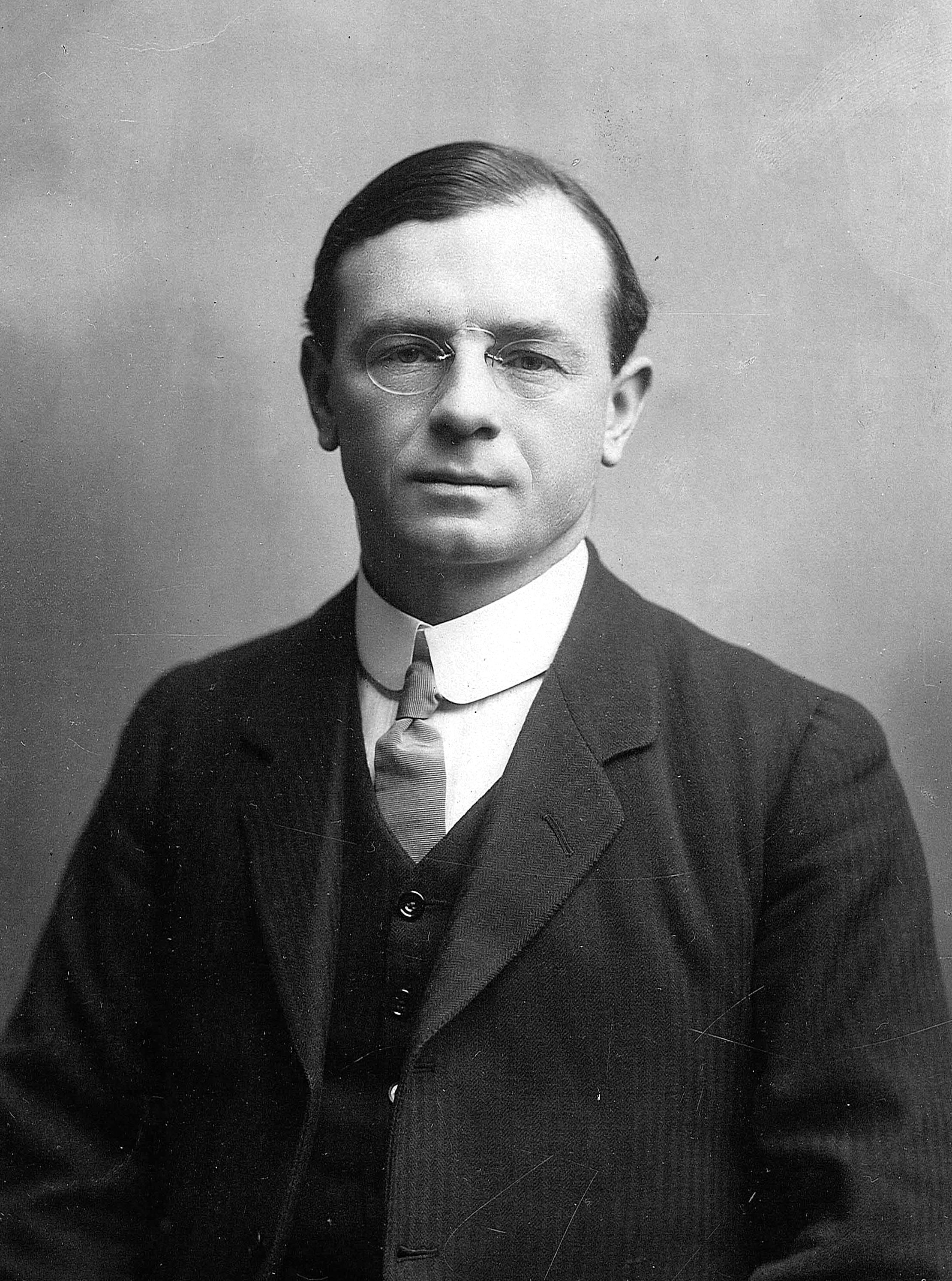 Leopold "Leo" Charles Moritz (later Maurice[1]) Stennett Amery (b. 22 November 1873 in Gorakhpur, North-Western Provinces, British India; d. 16 September 1955 in London, England), also known as L. S. Amery, was a British Conservative journalist, politician, member of numerous Cabinets and half-Jew. The active freemason, Senior Knight Vice President of the Knights of the Round Table, member of the Order of the Companions of Honour, member of the Coefficients dining club of social reformers and persistent advocate of imperial preference remained a lifelong Tory and zealously championed protective tariffs. He was excluded from office by the national government (1931–40) and was a sharp critic of the Munich Agreement with Adolf Hitler and Benito Mussolini. He is also remembered for his part in bringing about the fall of the government of Neville Chamberlain in 1940. From 1940 to 1945 he was secretary of state for India and Burma (Myanmar). 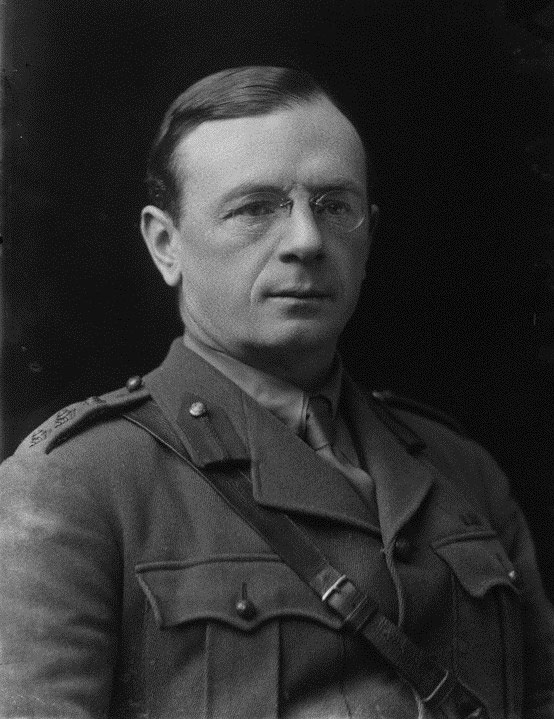 Leo Amery, 1917; he spoke Hindi, German, French, Italian, Bulgarian, Turkish, Serbian and Hungarian. During the First World War, Amery's knowledge of Hungarian led to his employment as an Intelligence Officer in the Balkans campaign. Later, as war cabinet secretary in Lloyd George's coalition government, Amery was vested with parliamentary under-secretary like powers, and the request of Lord Milner, he redrafted the Balfour Declaration. He also encouraged Ze'ev Jabotinsky in the formation of the Jewish Legion for the British Army in Palestine. Amery was opposed to the Constitution of the League of Nations because he believed that the world was not equal and so the League, which granted all states equal voting rights was absurd. 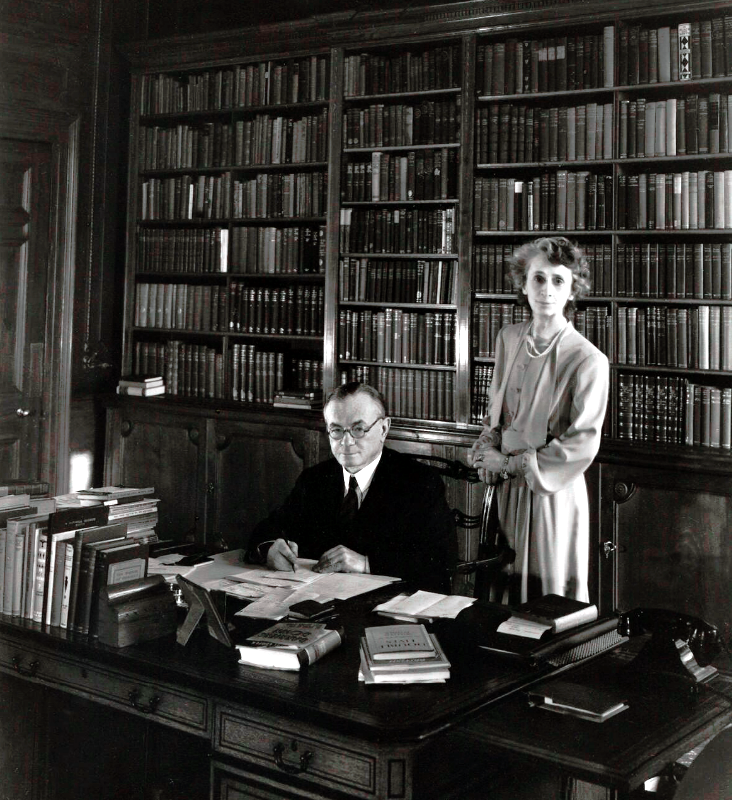 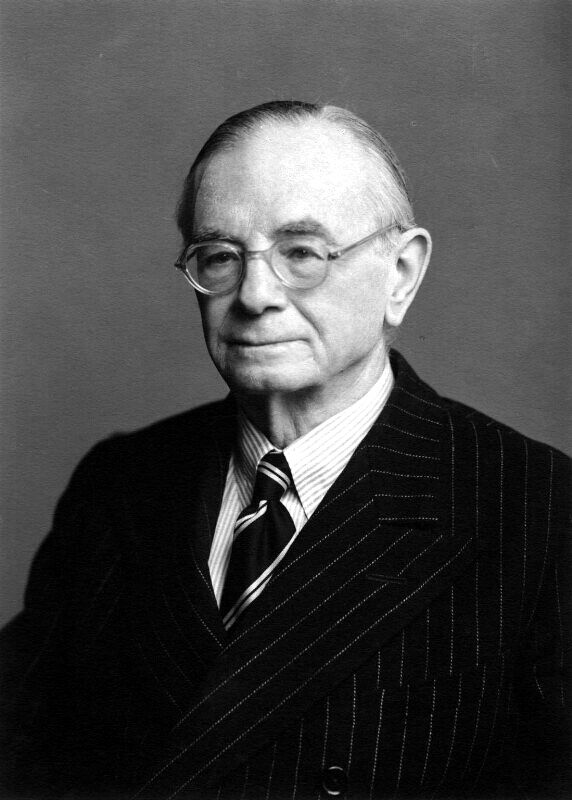 Educated at Harrow and Balliol College, Oxford, he worked as chief correspondent for The Times during the Boer War. He also edited seven volume, The Times History of the South African War (1900-09). A member of the Conservative Party, in 1911 Amery was elected to represent Sparkbrook, Birmingham, in the House of Commons. In the government headed by David Lloyd George, he served as under-secretary of state for the colonies (1919-21). This was followed by the post of First Lord of the Admiralty (1922-24) and then colonial secretary (1924-29). Amery lost office when Ramsay MacDonald and the Labour Party formed the government in 1929. He remained out of office throughout the 1930s and emerged as one of the party's leading critics of the government's appeasement policy. In 1940 Neville Chamberlain appointed Amery as secretary of state for India and Burma. [...] After his retirement from politics Amery published his autobiography, My Political Life (1955). Leopold Amery died in London on 16th September, 1955.[2]

Amery was an Imperialist who served as Colonial Secretary from 1924 to 1929. He could be called the “Father of the Commonwealth” because of his work at the 1926 Imperial Conference. This resulted in the Dominions being declared “Autonomous communities…equal in status..united by a common allegiance to the Crown.” Earlier in that decade Amery was keen on the principle of “overseas settlement” (rather than using the word “emigration”) and on the development of the wealth and population of the whole British Empire. He persuaded the Cabinet to authorise a free passage to the Dominions for any ex-serviceman or woman who wished to seek a new life. In that time of unemployment and hardship, which had hit the ex-serviceman very hard, many, including Frontiersmen, re-settled and sought prosperity in countries such as Kenya, Canada, Australia and New Zealand. By the time the scheme ended in 1924, around 86,000 people had taken advantage of it. The “Frontiersman” carried regular articles extolling the virtues of life in Canada as well as Australia and New Zealand. Amery was often ahead of his time and thought that the Colonial Secretary should visit all the Dominions making personal contact and seeing things for himself. Certainly he recorded visiting Frontiersmen units when in New Zealand in January 1928, where he was made most welcome by Wanganui and by Wellington Squadrons among others. Amery was also involved in 1928/9 when the Frontiersmen were used officially to assist the British authorities in Egypt, a subject we will cover in a later Topic page. An accomplished linguist in many languages and a highly skilled mountaineer, he was equally at home dealing with generals and politicians as he was talking to the Frontiersmen at their meetings about their experiences in the Great War and their problems returning to civilian life – after all he had served at the Front himself, also in Serbia and Salonika, and had been torpedoed at sea. Like a number of other men of power and influence, he was a keen supporter of the Legion. He was a very short man and, in spite of his ease in conversations with anyone, his speeches in Parliament could be very long. It was said of him that, had he been half a foot taller and his speeches half an hour shorter, he could have served in one of the highest Offices of State such as Home Secretary, Foreign Secretary or even Prime Minister. Leo Amery is remembered today mainly for one famous speech. He achieved his finest Parliamentary hour on 7th May 1940. Things were looking bad. The Germans had just conquered Norway and the Norwegian Army had been lost. Neville Chamberlain, the Prime Minister, had given a lack-lustre speech. When the Deputy Leader of the Labour Party rose to speak, Amery’s words rang round the Chamber “Speak for England!”. Amery was a great student of Oliver Cromwell and ended his own very powerful speech by quoting the words of Cromwell to the Long Parliament, but which he addressed to Chamberlain: “You have sat too long here for any good you have been doing. Depart, I say, and let us have done with you. In the name of God, go!”.[3]

Amery was the son of Charles Frederick Amery (1833–1901), of Lustleigh, Devon, an officer in the Indian Forestry Commission. His mother, the linguist Elisabeth Johanna Leitner (c. 1841–1908), was the sister of the orientalist Gottlieb Wilhelm Leitner (1840–1899). She had come to India from England, where her Hungarian Jewish parents had settled and converted to Protestantism. In 1877 his mother moved back to England from India, and in 1885 she divorced Charles.

Amery received the name Leopold after his maternal grandfather Leopold Saphir, Charles after his father and Moritz after medical missionary in Turkey (on behalf of the London society) Dr. Johann Moritz Leitner, second husband of Leo's grandmother Marie Henriette Leitner, widowed Saphir, née Herzberg. Leopold Saphir (Sapier) died when when his children were young and Leo's grandmother then married Johann Moritz Leitner (1800–1861). Leo's uncle and mother, Gottlieb (who had partly financed Leo's education) and his sister Elisabeth, were thereafter known as Leitner. Dr. Leitner was also a Jew, who had converted to Christianity in 1840.[4]

During the Second Boer War Amery was a correspondent for The Times. In 1901, in his articles on the conduct of the war, he attacked the British commander, Sir Redvers Henry Buller, which contributed to Buller's sacking. Amery was the only correspondent to visit Boer forces and was nearly captured with Churchill. Amery later edited and largely wrote The Times History of the South African War (7 vol., 1899–1909). Amery wrote three volumes of autobiography that covered the years up to the Second World War but died before he could complete a fourth volume describing his time serving under Churchill. He did, however, keep an extensive diary most of his life.[5]