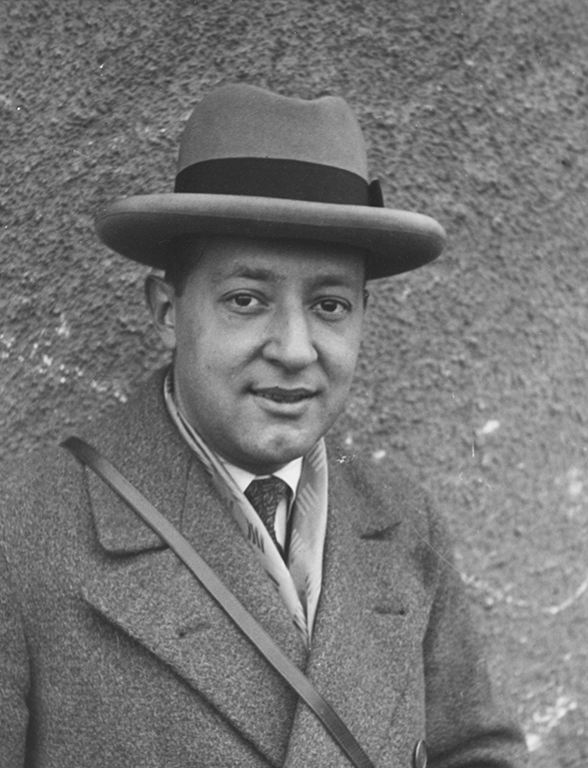 Konrad Heiden (b. 7 August 1901 in München, Kingdom of Bavaria, German Empire; d. 18 June 1966 in New York City, USA) was a Jewish journalist and political writer. He was a member of the Social Democratic Party (SPD) and opposed the rise of the NSDAP.

He worked for the liberal newspapers Frankfurter Zeitung and the Vossische Zeitung, from 1930 as a correspondent in Berlin, but became a freelancer in 1932. In his book, History of National Socialism (1932), Heiden tried to explain why Hitler became so popular in Germany:

"His utterly logical way of thought is Hitler's strength. There seems to be no other German politician of the present day who has the moral courage that he possesses to draw the inevitable conclusions from any given situation, to announce them despite the mockery of those who think they know better, and above all, to act on them. It is this gift of logic which makes Hitler's speeches so convincing."

Upon the National Socialist victory in January 1933, he fled into exile; first to the Saar territory, then moved to Zürich in Switzerland from June to December 1933, and again to Saarbrücken where he published two writings on the coming Saar status referendum. After the vote in favour of National Socialist Germany in January 1935, he moved to France. In his book, One Man Against Europe (1937) Heiden argued:

"He (Hitler) is a mirror of our time, for his strange personality, with its contradictions of pathos and unbridled passion, revolt and submission, greatness and depression, is the extreme type of modern man; technically, highly developed; and socially, profoundly unsatisfied."

During the German occupation of France in 1940, he managed to escape to the United States via Lisbon. He arrived in New York City in late October. In 1944, Heiden published the biography Der Führer – Hitler's Rise to Power, released by Houghton Mifflin and reprinted by both the US Book of the Month Club and the UK Left Book Club.

After WWII, Heiden travelled back to West Germany from December 1951 to May 1952. He published several articles and contributions in Süddeutscher Rundfunk and Radio Bremen broadcasts and continued to write for Life magazine. He finally received US citizenship.