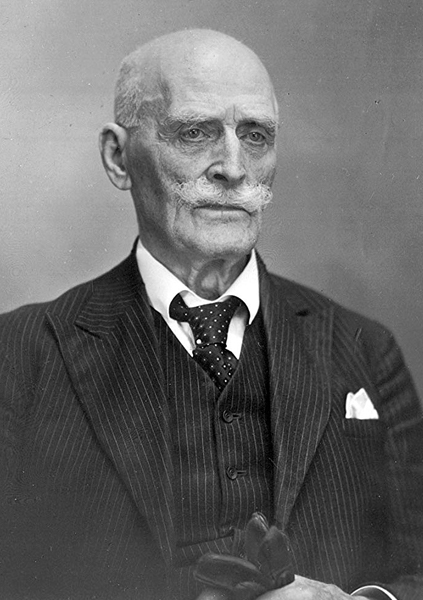 Knut Hamsun (4 August 1859 – 19 February 1952) was a Norwegian writer who is considered the leader of the "Neo-Romantic revolt" at the turn of the 20th century and "one of the most influential and innovative literary stylists of the past hundred years" (ca. 1890–1990)." He pioneered psychological literature with techniques of stream of consciousness and interior monologue. Hamsun was awarded the Nobel Prize in Literature in 1920.

During World War II, Hamsun expressed support for Germany and Vidkun Quisling. After Hitler's death, he published a short obituary of Adolf Hitler in the newspaper Aftenposten on 7 May 1945:[1]

„I'm not worthy to speak up for Adolf Hitler, and to any sentimental rousing his life and deeds do not invite. Hitler was a warrior, a warrior for humankind and a preacher of the gospel of justice for all nations. He was a reforming character of the highest order, and his historical fate was that he functioned in a time of unequaled brutality, which in the end failed him. Thus may the ordinary Western European look at Adolf Hitler. And we, his close followers, bow our heads at his death.“

After the war, he was tried and fined. He was also sent to a lunatic asylum for observation, where he was declared not insane, but permanently impaired mentally, possibly related to a stroke, which would provide a politically correct explanation for having less politically correct views. Hamsun vehemently criticized these allegations in his last work.[2]