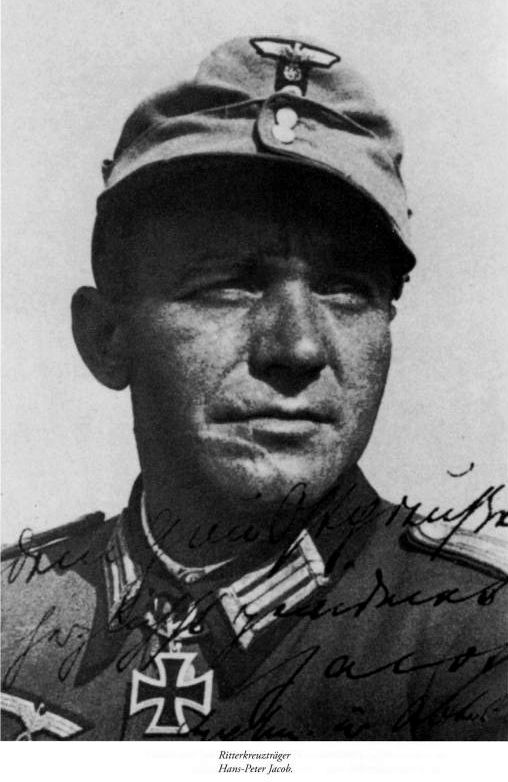 Karl Eugen Hans-Peter Jacob (sometime reffered to as Karl-Peter; b. 30 December 1909 in Kaiserslautern, Bayerische Pfalz; d. 22 February 1992 in Berg am Starnberger See, Bavaria) was a volunteer of the Reichswehr and officer of the Wehrmacht, at last Oberstleutannt and recipient of the Knight's Cross of the Iron Cross in World War II. 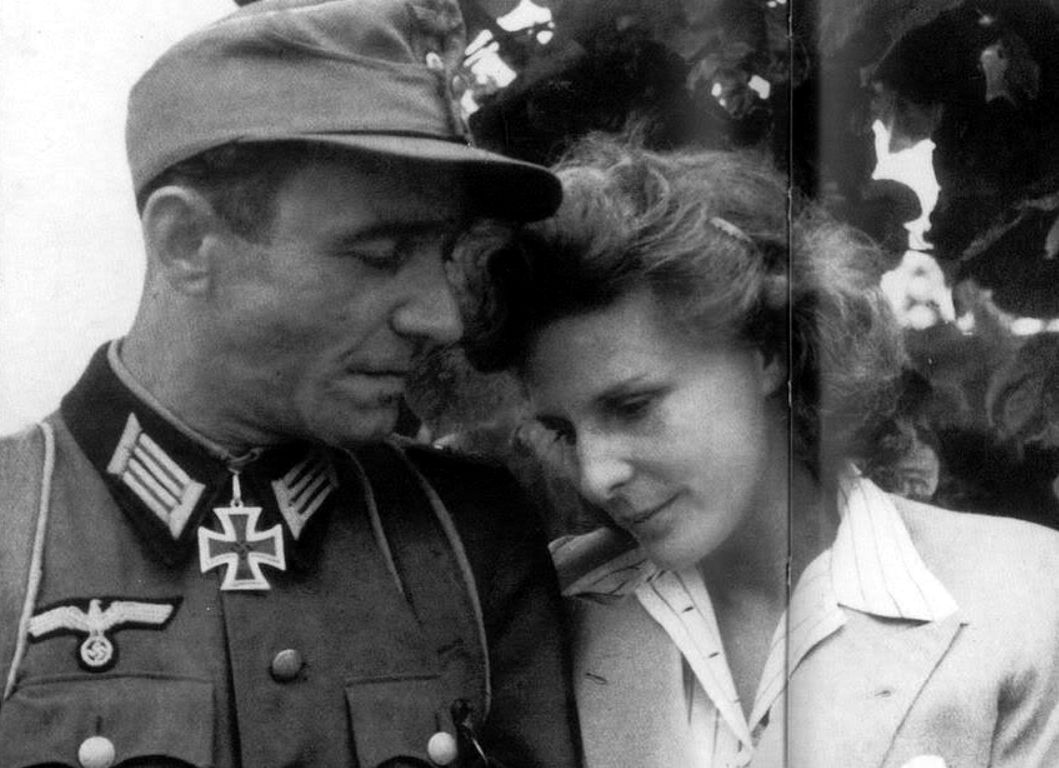 Hans-Peter Jacob and Leni Riefenstahl on their wedding day, 21 March 1944 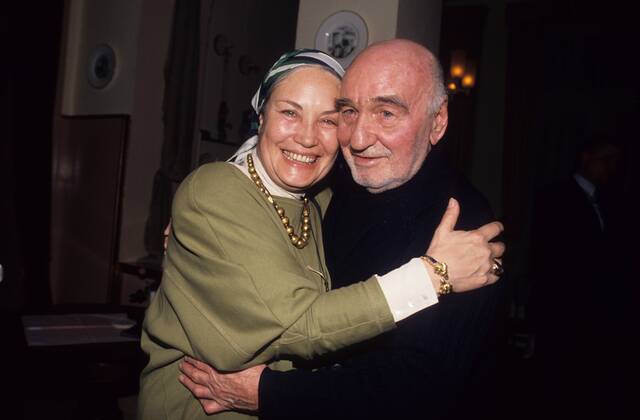 Jacob entered the 10th Company/Infanterie-Regiment Augsburg of the Reichswehr as an one-year volunteer on 1 November 1934 and was released into the reserves on 12 October 1935 as Gefreiter der Reserve and reserve officer candidate. He took part in many reserve training weeks with the Gebirgsjäger-Regiment 99, was promoted to Leutnant der Reserve in 1937 and became an active officer 1938 with the Gebirgsjäger-Regiment 98.

In February 1942 he was leader of the 1st Battalion/Gebirgsjäger-Regiment 141 serving on the Eismeerfront (polar sea front). In May 1942 he was transfered to the Gebirgsjäger-Regiment 143 and became leader of the Radfahr-Abteilung 67 (2. Gebirgs-Division). From the end of 1942 until the middle of 1944 he was teacher for Jagdtruppen at the Winterkampfschule (winter fight school) in Arys (Poland) and Lager Heuberg (Camp Heuberg). He then became commander of the 1st Battalion/Grenadier-Regiment 290 in Romania.

In February 1945 he was commanded to the Regiments-Führer-Lehrgang (regiment commander course) in Grafenwöhr and was presumably subsequently named commander of a regiment, simultaneously, as many sources assume, being promoted to Oberstleutnant. 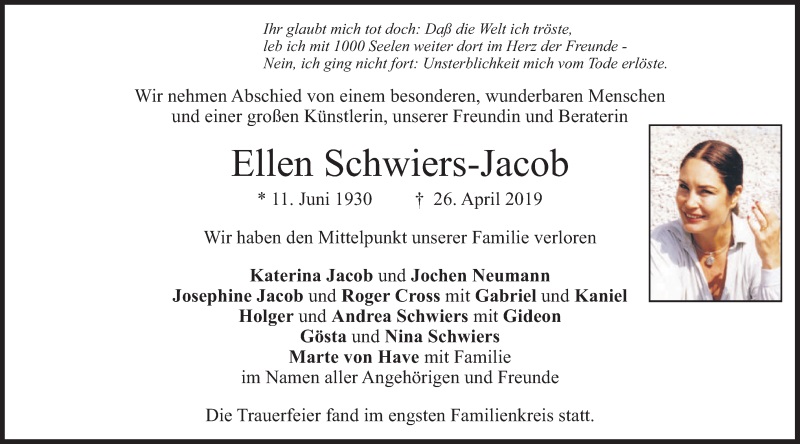 Hans-Peter Jacob met Leni Riefenstahl in Mittenwald in the late summer of 1940, where she was to film "Tiefland". Jacob, a talented Gebirgsjäger of the alpine or mountain troops, would become the stunt double for actor Bernhard Minetti for the next four weeks. It was a deep love and on 21 March 1944 they finally married in Kitzbühel (one of the wedding witnesses was Ferdinand Frech). After the war and his time as a POW, Jacob came home and Leni and he divorced in the spring of 1947. They would remain lifelong friends. After this he was engaged to Henriette von Schirach (de), separated wife of Baldur von Schirach. Although Henriette was divorced on 20 July 1950, she and Jacobs never married.