Jagdgeschwader 52 (JG 52) (52nd Fighter Wing) was the most successful Luftwaffe fighter-wing of World War II, with a claim total of more than 10,000 victories over enemy aircraft. It was home to the top three scoring Fighter aces of the Luftwaffe (and also the highest of all time), Erich Hartmann, Gerhard Barkhorn and Günther Rall. 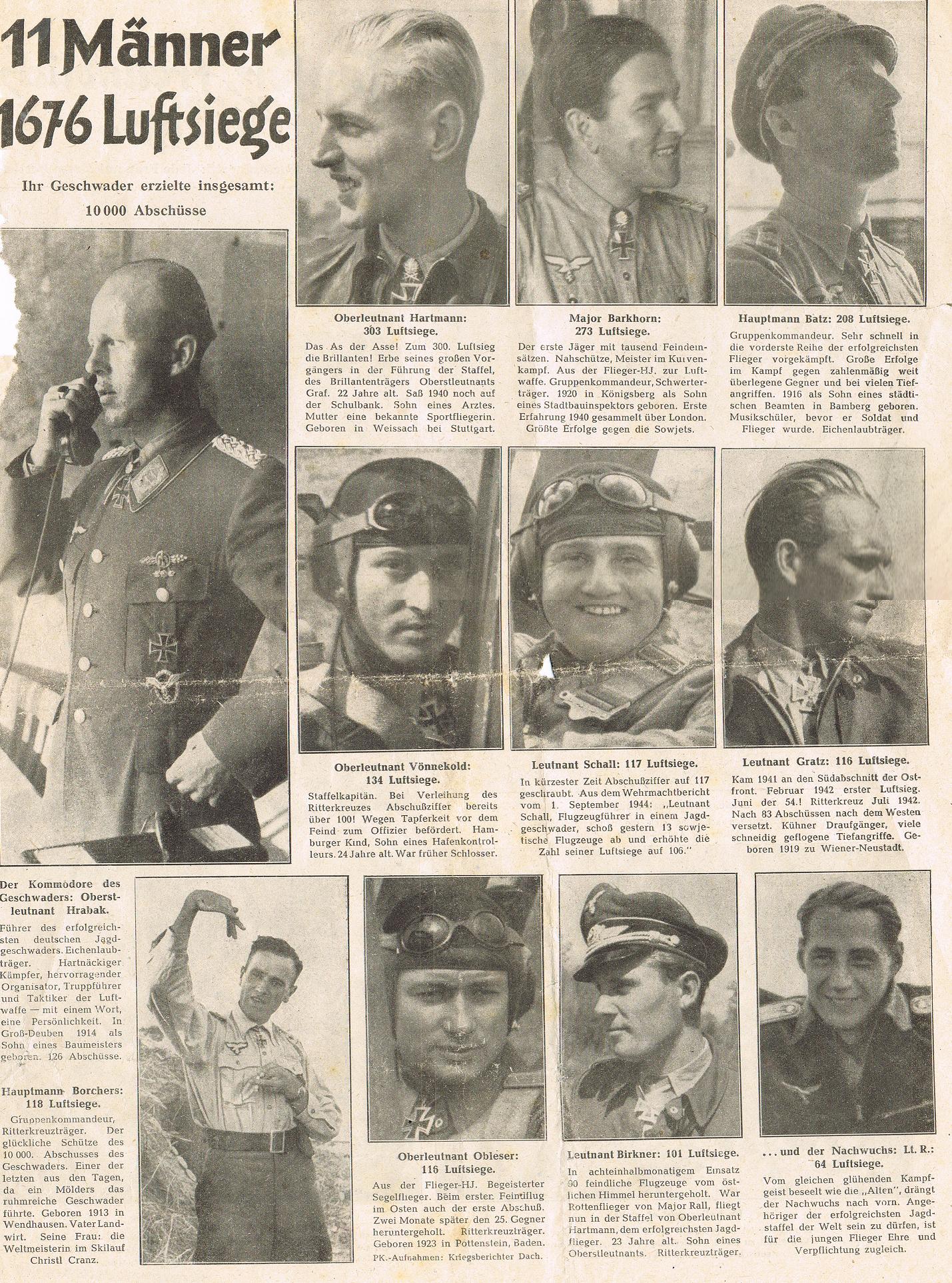