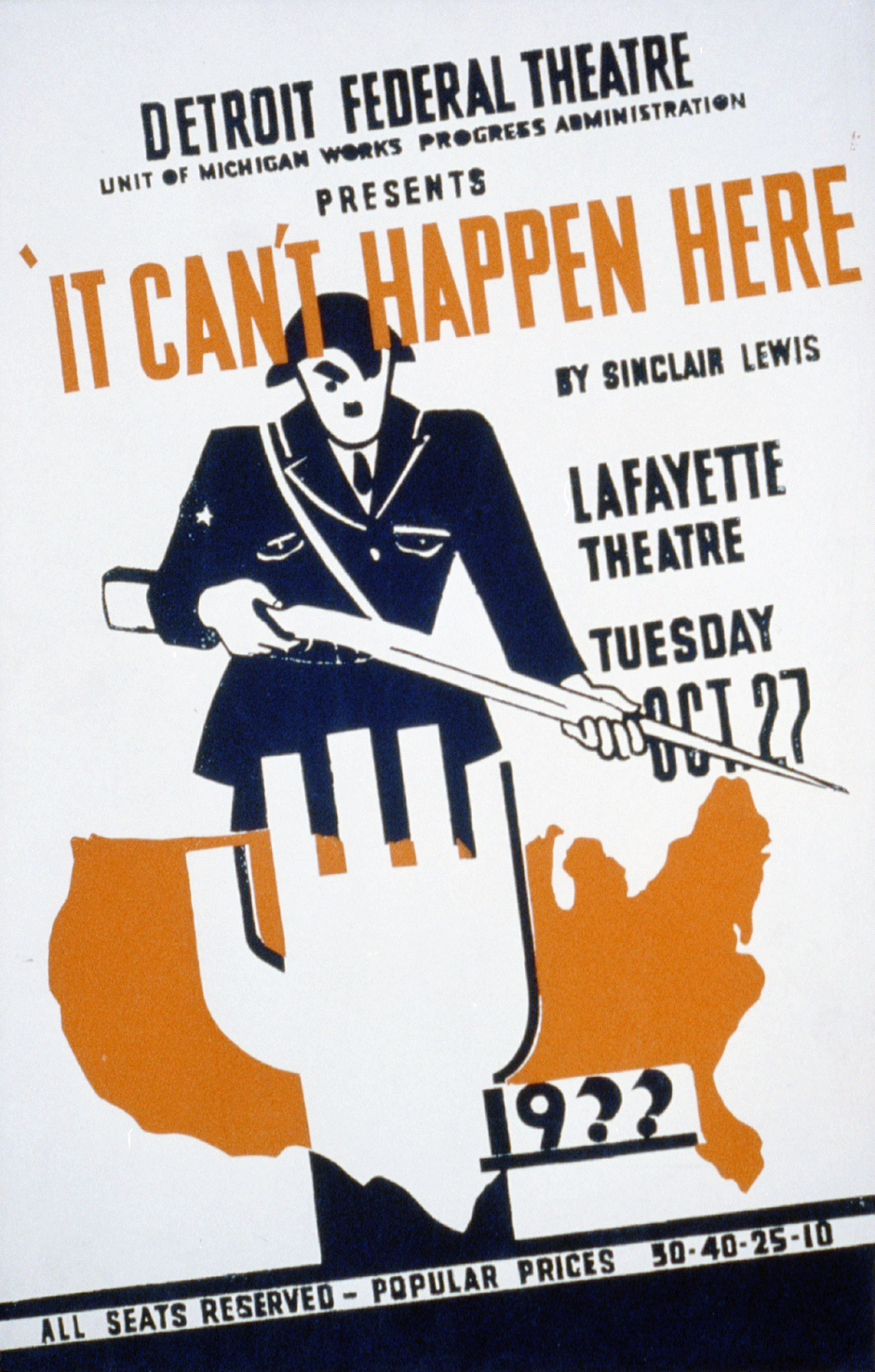 Poster for the stage adaptation.

It Can't Happen Here is a 1935 political novel by American author Sinclair Lewis and a 1936 play by Lewis and John C. Moffitt adapted from the novel.

The story involves the election of a President of the United States who implements repressive fascism (broad sense), supposedly similar to the implementation of fascist systems in Europe at this time. There is also resemblance between the early career of the president and Louisiana politician Huey Long, who was assassinated in 1935 just prior to the novel's publication.

Since its publication, the fictional story and just the phrase "It Can't Happen Here" have been used by leftists to attack various disliked individuals, some examples being the presidents Richard Nixon, George W. Bush, and Donald Trump.

The phrase has also been used by non-leftists, such as in warnings of developments in countries such as Zimbabwe and South Africa occurring in other countries with changing White demographics.