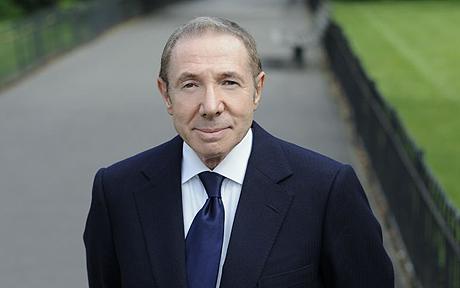 David Martin Abrahams (born 13 November 1944) [1] is a Jewish property developer, notable as a donor to the Labour Party in the United Kingdom. He donated anonymously through third parties in breach of British law on party political donations, which gave rise to the Donorgate political scandal in the UK in November 2007 .[2] He lives in a converted family home in Gosforth, Newcastle.[3]

Abrahams was born in Newcastle upon Tyne as the only child in a Jewish family.[4] His father Bennie Abrahams was a Labour councilor for the Monkchester ward of Newcastle City Council, and in 1981/2 Lord Mayor of Newcastle.[5] David Abrahams attended a local school, in line with his father's Marxist principles.[4]

Abrahams joined the Labour Party aged 15,[6] and later following in his father's footsteps serving as a Labour councilor in Tyne and Wear. He tried to stand for the UK Parliament in the 1992 election in Richmond, North Yorkshire constituency, against William Hague, but was deselected after a series of rows within the local Labour party over his personal life and business interests. It emerged that he used the name David Martin when dealing with tenants in his various rental properties in the Newcastle area;[7] and that he had claimed that he lived with his wife and son, though he had never been married. Divorcee Anthea Bailey later told a local newspaper she and her 11-year old son had posed as Mr Abrahams' family as part of a business arrangement so that Abrahams could create "the right impression".[8][9] The Daily Mail suggested that this was done because the constituency in Yorkshire would be averse to "a confirmed bachelor who enjoys musical theatre".[10]

Abrahams is currently director of six property companies. In an affidavit sworn in 1991 when seeking a High Court order to stop a newspaper story about him, his lawyer Howard Gold, a partner with the solicitors firm Mincoff, Science & Gold in Newcastle said he had used two names at the request of his father, who died in 1990. David Martin was a registered business name, and all bank accounts and tax returns were in the name of Martin.[7] Abrahams and a business partner were later sued for nearly £1.73m by the Allied Irish Bank over a property deal that went sour. The case reached the House of Lords, and the bank won[15] , but it is not presently known if the money was ever repaid.[16]

In 2005, Abrahams was refused permission to develop the 540-acre Durham Green business park and rail freight depot, next to junction 61 south of Durham on the A1(M). Mr Abrahams, calling himself David Martin, approached Durham city council in early 2005 with proposals for the business park. He submitted plans in July that year but the Highways Agency blocked it because of concerns over congestion on the A1.[17] The Highways Agency imposed an Article 14 ban on the grounds that the development risked causing congestion to the motorway, and it was also reported that the site had a series of protected badger sets on it. In September 2006, after Abrahams resubmitted the plans with details of improved road access, the agency, which answers to the Department for Transport, removed its objections.[17] By this time Ray Ruddick and Janet Kidd had donated £159,850 to Labour.[18] On 19 October 2006, a new company called Durham Green Developments was set up to develop the site. It has only two directors, Ray Ruddick and Janet Kidd;[18] and its registered address is Abraham's home address in Gosforth. After the company, financially backed by the Bank of Scotland, began erecting fences, Ruddick (who was site coordinator), described how the development had a "unique advantage" because of its proximity to the A1.[18]

It emerged that since Prime Minister Gordon Brown had come to power, Abrahams was now Labour's third largest donor behind Lord Sainsbury of Turville (£2million) and Iranian businessman Mahmoud Khayami (£320,000 in September 2007). [19] Abrahams has donated at least £548,850 since 2003, via at least two work colleagues, his solicitor and the wife of an employee.[20]

Abrahams has been adamant that he only used proxies to avoid publicity. However such use of proxies appears to be illegal under legislation introduced by the Labour Party. The subsequent scandal, which was named Donorgate by the media, has swiftly spread to many leading figures in the Labour Party. (see main article for details). Abrahams has claimed that Gordon Brown's chief fundraiser , Jon Mendelsohn, had known about his use of proxy donors since early 2007, and that he thought they were a good idea. Mendelsohn, who took on his job in September, had previously claimed that he had no idea about Mr. Abrahams's donations. He has called Abrahams's allegations fictional and completely untrue.[21]

In an interview with The Jewish Chronicle, Abrahams was reported as saying he donated cash secretly to avoid accusations of being part of a "Jewish conspiracy".[22] A spokesman for Abrahams has denied he said this but the Chronicle's editor, David Rowan, stands by the report.[23]

According to the BBC, Mr Abrahams said he donated cash secretly to avoid accusations of being part of a "Jewish conspiracy". [24] Mr Abrahams, a practicing Jew, has strong links with Israel. He is provincial vice-chairman of the Jewish Labour Movement, serves on the executive of the Trade Union Friends of Israel, and supports organisations including the Community Security Trust (a British charity set up to protect Jews living in the UK), Labour Friends of Israel, and Academic Friends of Israel. Earlier this year, he provided £250,000 to found a chair in International Politics of the Middle East at Warwick University. For many years, he has made regular trips to Israel with Trade Union Friends of Israel and earlier this year, in Britain, he met Ehud Olmert, the Israeli prime minister, whom he has also seen in Israel. His neighbours in Newcastle recall years ago that their road had to be closed for "security reasons" when the Israeli ambassador visited Mr Abrahams at his home. Mr Abrahams, however, insists that his charity and political donations are from his own pocket -and that he is not the conduit of another mystery benefactor.[25]