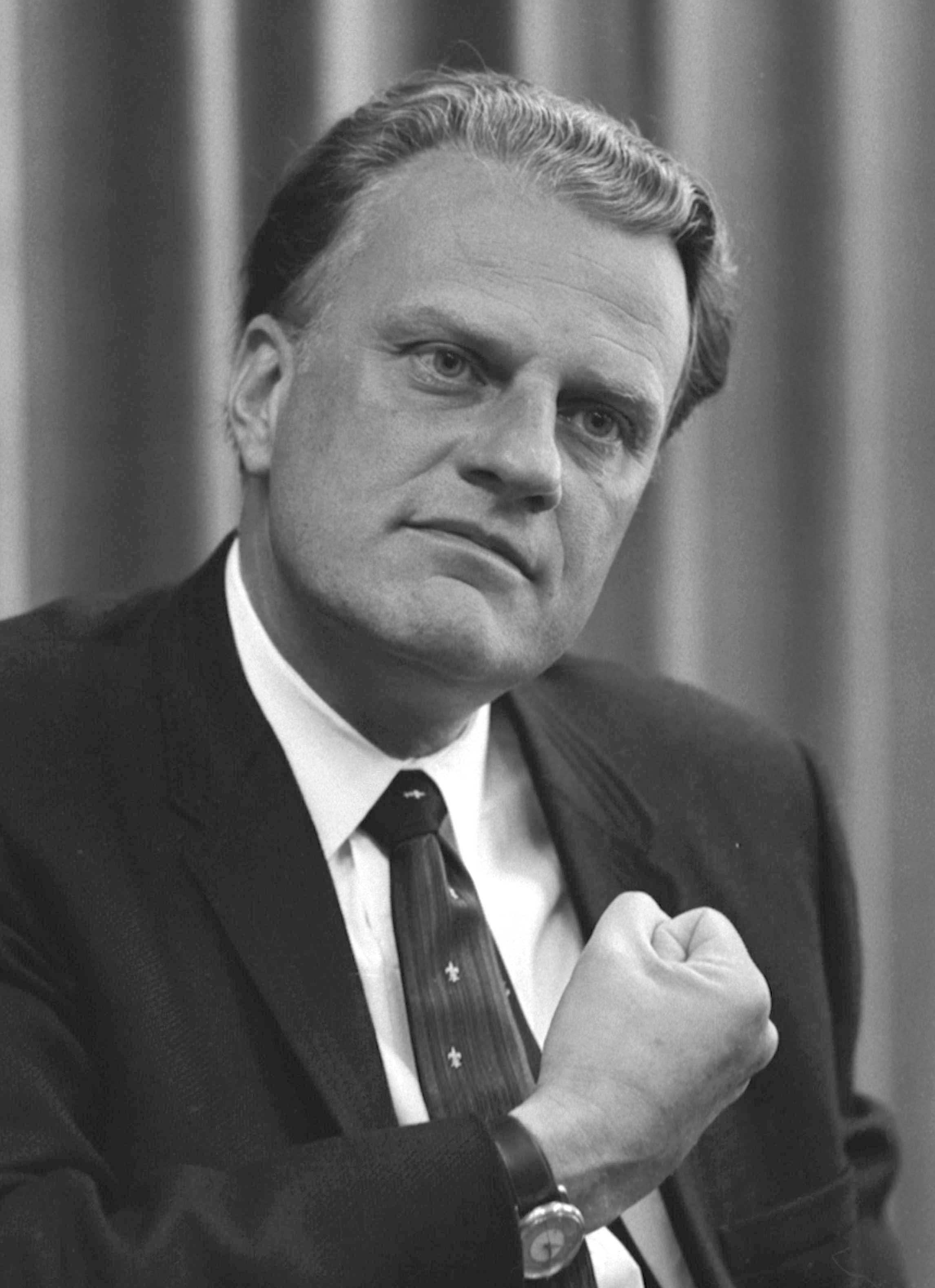 William Franklin Graham Jr. (7 November 1918 – 21 February 2018) was a prominent American evangelical mass media evangelist. As of 2008, Graham's estimated lifetime audience, including radio and television broadcasts, topped 2.2 billion. One of his biographers has placed him "among the most influential Christian leaders" of the 20th century.

He supported the Civil Rights Movement, but had less politically correct views on some issues, such as homosexuality and feminism.

Graham was important in spreading Christian Zionism.[1] Regardless, in a taped 1972 conversation with Richard Nixon, Graham made less politically correct statements on Jewish influence: "They're the ones putting out the pornographic stuff, Graham had said to Nixon. The Jewish stranglehold has got to be broken or the country's going down the drain, he continued. Graham told Nixon that Jews did not know his true feelings about them. I go and I keep friends with Mr. Rosenthal (A.M. Rosenthal) at The New York Times and people of that sort, you know. And all -- I mean, not all the Jews, but a lot of the Jews are great friends of mine, they swarm around me and are friendly to me because they know that I'm friendly with Israel. But they don't know how I really feel about what they are doing to this country. And I have no power, no way to handle them, but I would stand up if under proper circumstances."[2]

Part of this article consists of modified text from Wikipedia, and the article is therefore licensed under GFDL.
Retrieved from "http://en.metapedia.org/m/index.php?title=Billy_Graham&oldid=452713"
Categories: