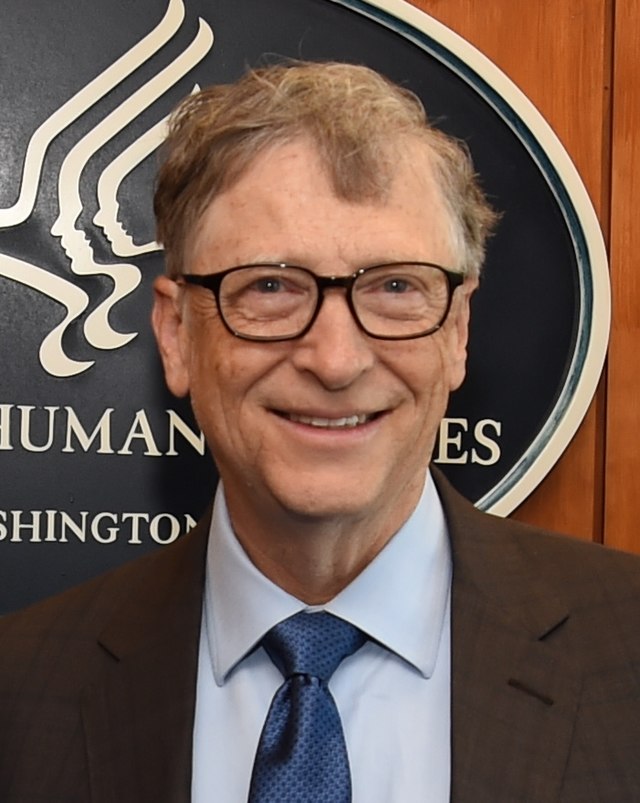 In 2014, in a time, where more and more white people in the USA were protesting white genocide by mass immigration, Gates and two other billionaires (Warren Buffett and Sheldon Adelson) declared that "democracy had failed".[2] and wrote an opinion article advocating immigration reform allowing more highly skilled and wealthy immigrants but also being supportive of a bill that "included a sensible plan that would have allowed illegal residents to obtain citizenship, though only after they had earned the right to do so."[3]

He also is a big backer of transhumanism for Orwellian control. In 2012, his company The Gates Foundation created bracelets to go on schoolchildren that would track everything about them both external and biochemical.[4] In July 2014, he created a remote-controlled birth-control implant. You implant it in your skin and it can be controlled by wifi. Any hacker or the government can use it to control whether you can give birth. The chip would last for 16 years.[5][6][7] He and his wife also are big backers of gun control and have donated millions to support the gun grabbing jews.[8]

He has for years been on a vaccination campaign in Africa and Asia. Eventually people sued him over this. The first lawsuit is from people in India.[9] In April 2021, during the COVID-19 pandemic, Gates was criticized for suggesting that pharmaceutical companies should hold onto patents for COVID-19 vaccines.