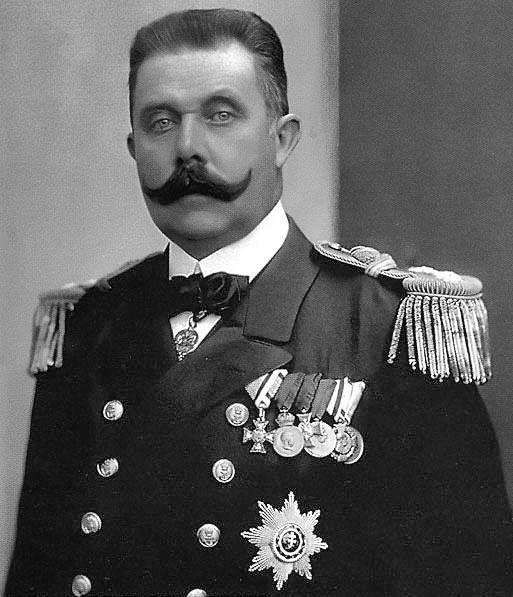 Franz Ferdinand Carl Ludwig Joseph Maria von Habsburg-Lorraine (18 December 1863 – 28 June 1914) was the heir presumptive to the throne of Austria-Hungary.[1] His assassination in Sarajevo is considered the most immediate cause of World War I.

Franz Ferdinand was the eldest son of Archduke Karl Ludwig, the younger brother of Emperor Franz Joseph I. Following the suicide of Crown Prince Rudolf at Mayerling in 1889, and the death of Karl Ludwig, in the Holy Land, in 1896, Franz Ferdinand became the heir presumptive.[2] His courtship of Countess Sophie Chotek, a lady-in-waiting, caused conflict within the imperial household, and their Morganatic marriage in 1900 was only allowed after he renounced his descendants' rights to the throne.[3] Franz Ferdinand held significant influence over the military, particularly the navy[4], and in 1913 he was appointed Inspector-General of the Austro-Hungarian armed forces[5].

On 28 June 1914, Franz Ferdinand and his consort were assassinated in Sarajevo by the 19-year-old Bosnian Serb terrorist, Gavrilo Princip, a member of Young Bosnia and other shadowy groups.[6] The assassination precipitated an Austrian Ultimatum to Serbia (whose government agents had organised the assassination) and the subsequent Austro-Hungarian declaration of war.[7][8] This resulted in Russia giving a "blank cheque" of support to Serbia and mobilising against Austria-Hungary, with whom they had no quarrel. France had alliances with Russia, and they became by default the Entente Powers (others would later join them). Germany stood by her thirty year old alliance with Austria-Hungary and they became the Central Powers (others would later join them). This formed the catalyst for The Great War.