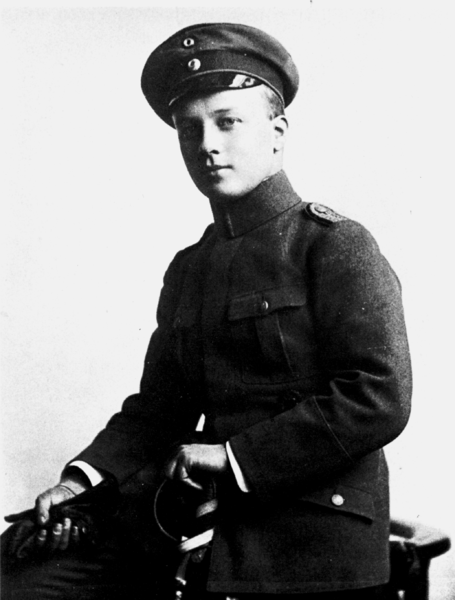 Anton von Padua Alfred Emil Hubert Georg Graf von Arco auf Valley (5 February 1897 – 29 June 1945), commonly known as Anton Graf Arco-Valley, was a German officer of the Imperial German Army, a lawyer and a political activist, who is best remembered as the assassin of Kurt Eisner, a Jewish criminal personality who had usurped Bavaria and had himself declared "premier of Bavaria]" in February 1919.[1]

Anton Graf von Arco-Valley was born in Sankt Martin im Innkreis in Upper Austria. His father Maximilian was a businessman and estate owner, whose elder sister had married Lord Acton. Anton's mother, Emily Freiin von Oppenheim, was from the rich Oppenheim bankers family. After receiving his Abitur and serving since 30 June 1917 with the Bavarian 1. Schweres-Reiter-Regiment "Prinz Karl von Bayern", then 1918 with the Bavarian Infanterie-Leib-Regiment of the German Army in the last year of World War I, he was one of those decorated and wounded soldiers who returned from the front and was attacked by Reds in the street.

Like Hitler, he was an Austrian who had adopted Germany as his home and he enrolled at Munich University to study law (Korporierter of the Corps Franconia München). As an angry and disillusioned German nationalist and an aristocrat, a monarchist and a proclaimed anti-Semite despite his descent, he detested the "anti-German" Eisner, the Jewish leader of the Bavarian socialists and Premier of Bavaria. Anton Graf von Arco auf Valley stated:

"Eisner is a Bolshevist, a Jew; he isn't German, he doesn't feel German, he subverts all patriotic thoughts and feelings. He is a traitor to this land."

Arco-Valley might have decided to kill Eisner to prove himself "worthy" after he had been rejected for membership of an ultra-nationalist group, the Thule Society, because he was of partial Jewish descent.[2][3] On February 21 1919 on a Munich street von Arco-Valley, acting alone, gunned down Eisner. The killing of Eisner made him a champion to many Bavarians. Students at the University publicly proclaimed him a hero. His action triggered bloody reprisals by communists and anarchists in Munich in which a number of people were killed, including Gustav Prince of Thurn and Taxis. Fighting broke out and the short-lived Bavarian Socialist Republic was established. Arco-Valley inspired the young Joseph Goebbels, who was in Munich at the time. Hitler saw it and would later write:

"Eisner's death only hastened developments and led finally to the Soviet dictatorship, or to put it more correctly, to a passing rule of Jews, as had been the original aim of the instigators of the whole revolution".

Arco-Valley was tried in January 1920. He was sentenced to death, but a conservative judge eventually reduced this to five years in prison. The State Prosecutor said of him:

"If the whole German youth were imbued with such a glowing enthusiasm we could face the future with confidence."[4]

He served his sentence at Stadelheim prison in cell 70, and in 1924 he was evicted from his cell to make way for Adolf Hitler. He was released in 1925, and was on probation until 1927, when he was pardoned. Arco-Valley played no further part in politics, although he was decorated by the National Socialist regime as a "hero of the movement".

He was briefly held in "protective custody" by the National Socialists when they took power as a political opponent. A remark attributed to him that he would gladly assassinate again was interpreted as a threat to Hitler, but he was released on order of Heinrich Himmler when he promised to take no action against Hitler and pledged his loyalty.

In June 1945, Graf von Arco auf Valley was killed in a traffic accident in Salzburg, when the vehicle he was driving mysteriously collided with a US military vehicle near Salzburg. He rests in Sankt Martin im Innkreis in the burial place of the Counts of Arco on Kalvarienberg.

He was survived by his wife, who died in 1987, his mother, and four daughters: Maria Wilhelmine Gräfin Apponyi von Nagy-Apponyi (1935–1987); Marie Ludmilla (1937- ); Maria Antonia Gräfin von Spaur und Flavon (1940- ) and Maria Leopoldine Stengel (1943- ). He was a contemporary of another distant cousin of rather different political views, the physicist/inventor Georg Graf von Arco (1869–1940). His elder brother Graf Ferdinand (1893–1968) married Gertrud Wallenberg (1895–1983), member of the Swedish banking dynasty, and cousin of Raoul Wallenberg. 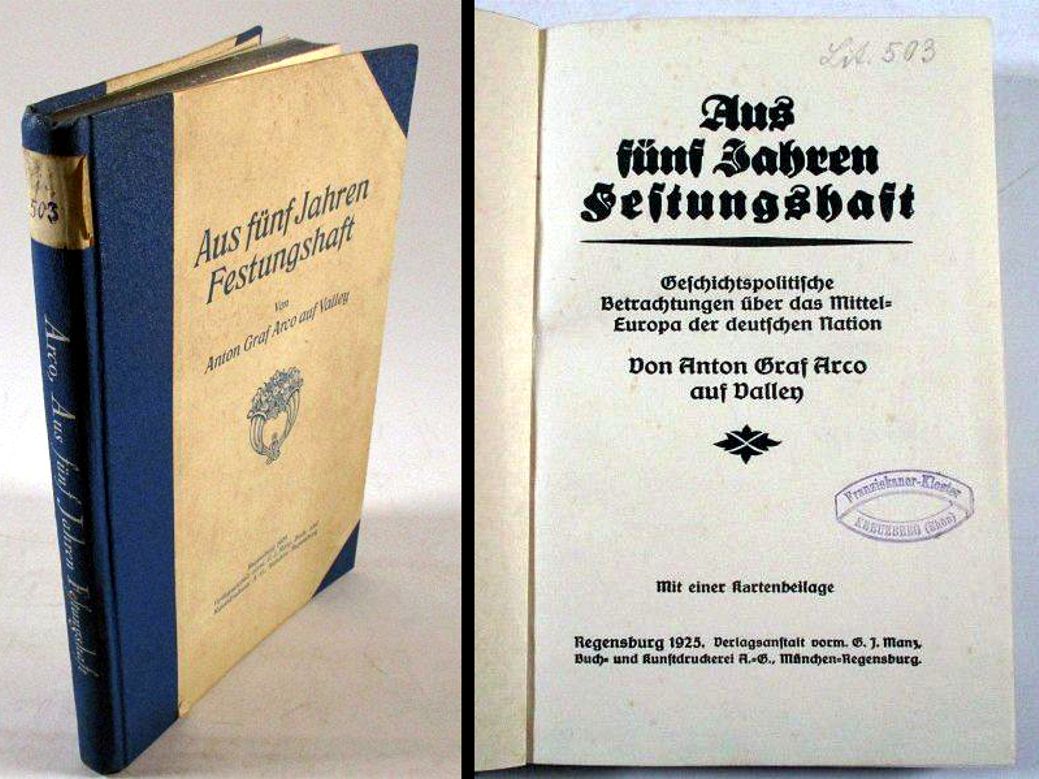