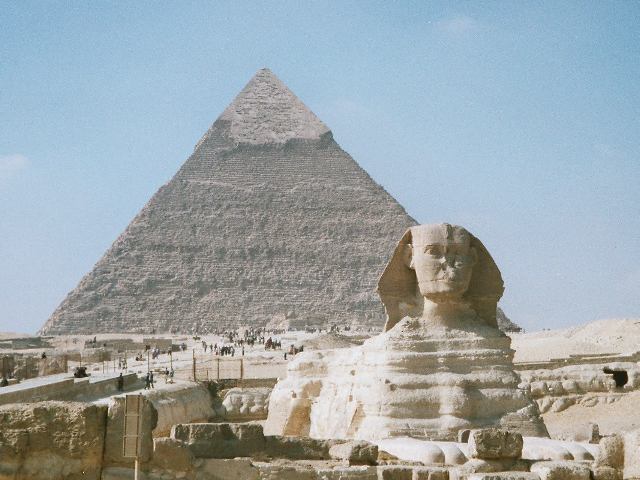 The Great Sphinx and the pyramids of Giza

Ancient Egypt was an ancient civilization centered around the fertile Nile River valley.

Ancient Egypt was unified into one country around 3000 BC. After this, for several millennia, the country has been described as remarkably unchanging or stagnant. One possibly contributing factor was the Ancient Egyptian religion, focusing on the afterlife rather than the current life.

There are less politically correct views on race in Ancient Egypt, as discussed in the articles in the "See also" section.