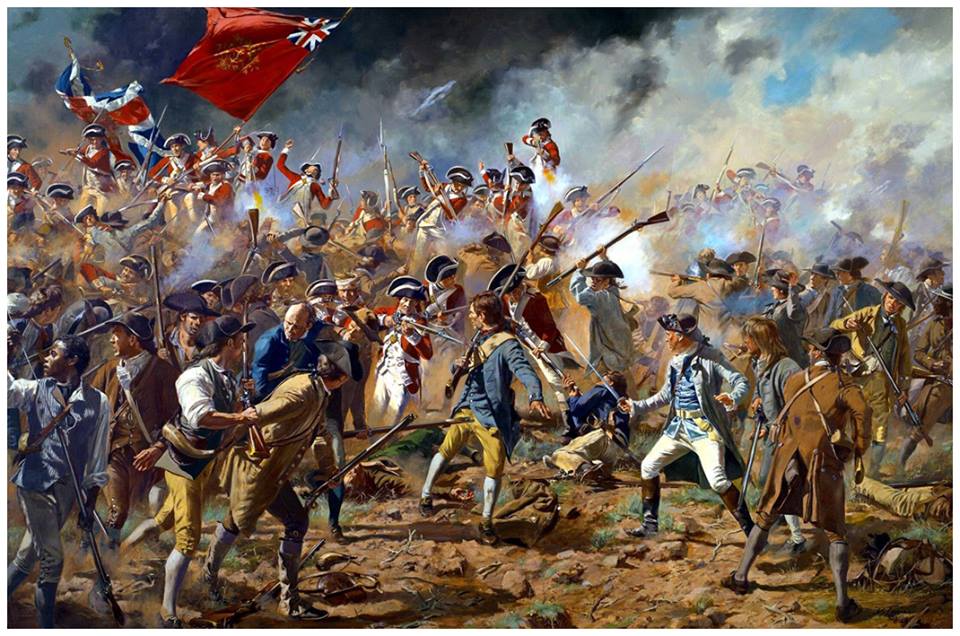 The American Revolution, also known in the United States as the War of Independence or the American Revolutionary War, (1775–83), was an insurrection which eventually spread to 13 of Great Britain’s North American colonies. General George Washington was commander in chief of the colonial armies. The revolutionaries rebelled and fought against the British Crown and government for independence, a war in which they were assisted by the French, without which they would not have won. The revolutionaries subsequently formed the United States of America.

In this period, the united Thirteen Colonies began a revolution against the British government and entered a period of armed conflict between 1775 and 1783.

France played a key role in aiding the revolution, providing the rebelling colonists with money and munitions, organizing a coalition against Britain, and sending an army and a fleet that played a decisive role at the battle that effectively ended the war at Yorktown (1781). The Americans were heavily influenced by the ideas of the enlightenment and radical French philosophers, being against absolute monarchy, and did not see the then French form of government as a model for themselves. The American Revolution included a series of broad social shifts that occurred in early colonial society, such as new republican ideals that gradually took hold amongst many of the population. In some colonies, sharp political debates broke out over the role of democracy in government.

The revolutionary era began in 1763, when the military threat to the British colonies from France ended. Adopting the view that the colonies should pay a substantial portion of the costs of defending them, Britain imposed a series of excise taxes which proved unpopular and, because the colonies lacked elected representation in the governing British Parliament[1], many colonists [wrongly] considered the laws to be illegitimate. After protests in Boston, the British Colonial authorities requested assistance from London [there was no police force at this time], who then sent troops, the colonists mobilized their militia, and fighting broke out in 1775.

The numbers of those actually prepared to bear arms against the British Army did not represent a very large proportion of the adult male population: indeed by 1780, the total number of men in the revolutionary 'American Continental Army' and the State militia combined was still under one-sixteenth of the colonies' manpower.[2]

"Not all colonists were rebels; in some provinces those who were loyal, if not active Loyalists, outnumbered revolutionaries.....Perhaps a fifth, possibly a quarter of the population remained loyalist in sentiment - as many as a hundred thousand Loyalists are believed to have emigrated before the troubles were over - and many American colonists would have declared their support of the British cause more openly had not they been intimidated by the violent 'Sons of Liberty' and the mobs called out in the name of 'patriotism'. Several members of the colonies' leading families had opposed the revolutionaries from the beginning; others, who had supported the earlier protests, had drawn back at the thought of independence....Loyalists were to be found in all classes of society. In a list of so-called 'Tories' drawn up in Delaware were the names of innkeepers, pilots, smallholders, coopers, mariners, tradesmen and labourers, as well as professional men and merchants......During the course of the war as many as forty loyalist regiments were formed or re-organised."[3]

In 1776, representatives of the 13 colonies voted unanimously to adopt a Declaration of Independence, by which they claimed to establish a 'United States of America'. Two years later, in 1778, they formed an alliance with France that more than evened the military and naval strengths.

Two main British armies were captured at Saratoga in 1777; and Yorktown in 1781, leading to peace with the Treaty of Paris in 1783. The United States was bounded by British Canada on the north, Spanish Florida on the south, and the French Louisiana Territory in the west.