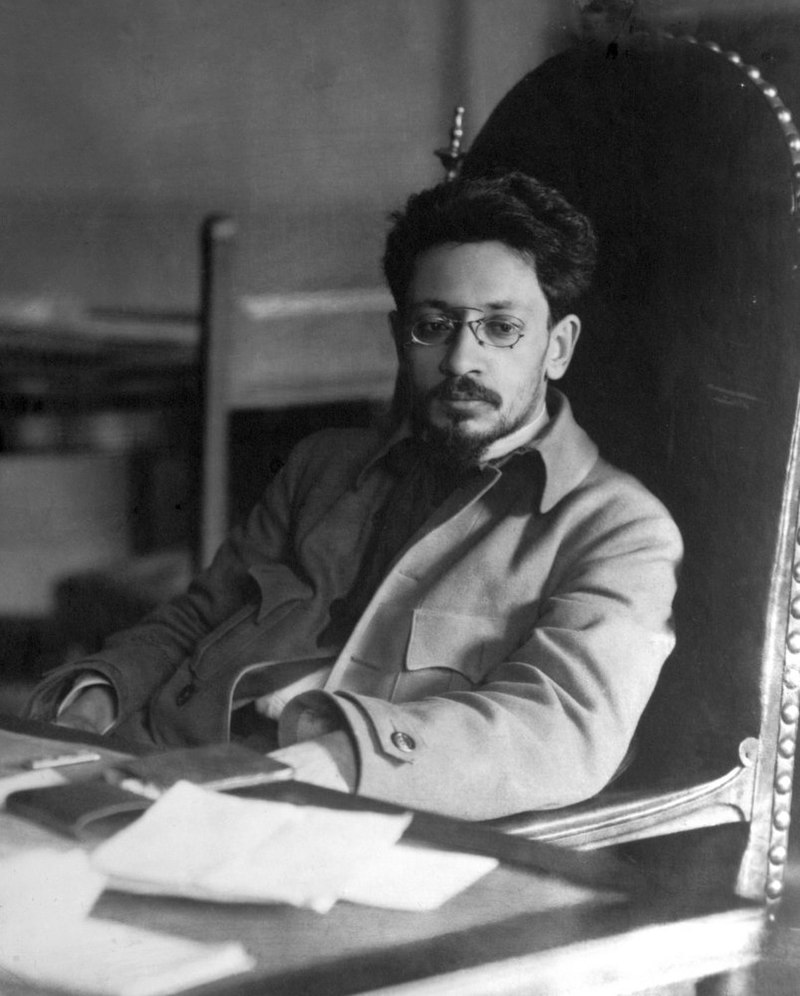 Yakov Mikhailovich Sverdlov (Russian: Яков Михайлович Свердлов; 3 June 1885 – 16 March 1919) was a Jewish Bolshevik Party administrator and Chairman of their All-Russian Central Executive Committee from Nov 1917 until his death. In this respect he is sometimes regarded as the first head of state of the Soviet Union, although that post was not established until 1922.

Sverdlov was born in Nizhny Novgorod to a Jewish family active in revolutionary politics and joined the Russian Social Democratic Labour Party in 1902. He subsequently supported Vladimir Lenin's Bolshevik faction during an ideological split. He was active in the Urals during the failed Revolution of 1905, and in the next decade, he was subjected to constant imprisonment and exile by the Tsarist administration. After the 1917 February Revolution overthrew the monarchy, Sverdlov returned to Petrograd and was appointed Chairman of the Bolshevik Party Secretariat. In that capacity, he played a key role in the planning of the October Revolution.

Sverdlov worked tirelessly to consolidate Bolshevik control of the new State and supported the Red Terror campaign and the de-Cossackisation policies. He played a major role in the execution of the Imperial Family in July 1918, signing their death warrant (by telegram). On July 19th Sverdlov read to the Preaesidium of the All-Russian Central Executive Committee (Vizek) the return telegram announcing that the Imperial Family had been "executed". The city of Ekaterinburg was renamed Sverdlovsk in 1924 honouring his pivotal role in the murders.[1]

Sverdlov died during the Spanish flu epidemic in 1919 and was buried in the Kremlin Wall Necropolis.