From Metapedia
(Redirected from Sun wheel)
Jump to: navigation, search 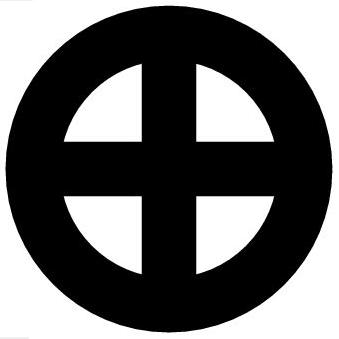 Sun cross, solar cross, and wheel cross are some of the names for a symbol consisting of a cross inside a circle. The German term Sonnenrad (from Sonne “sun” +‎ Rad “wheel”), which is sometimes used in English, presumably refers to the sun cross, but it is sometimes claimed to refer to symbols such as the swastika or the black sun. The design is frequently found in the symbolism of prehistoric cultures, particularly during the Neolithic to Bronze Age periods of European prehistory. The symbol's ubiquity and apparent importance in prehistoric religion have given rise to its interpretation as a solar symbol. 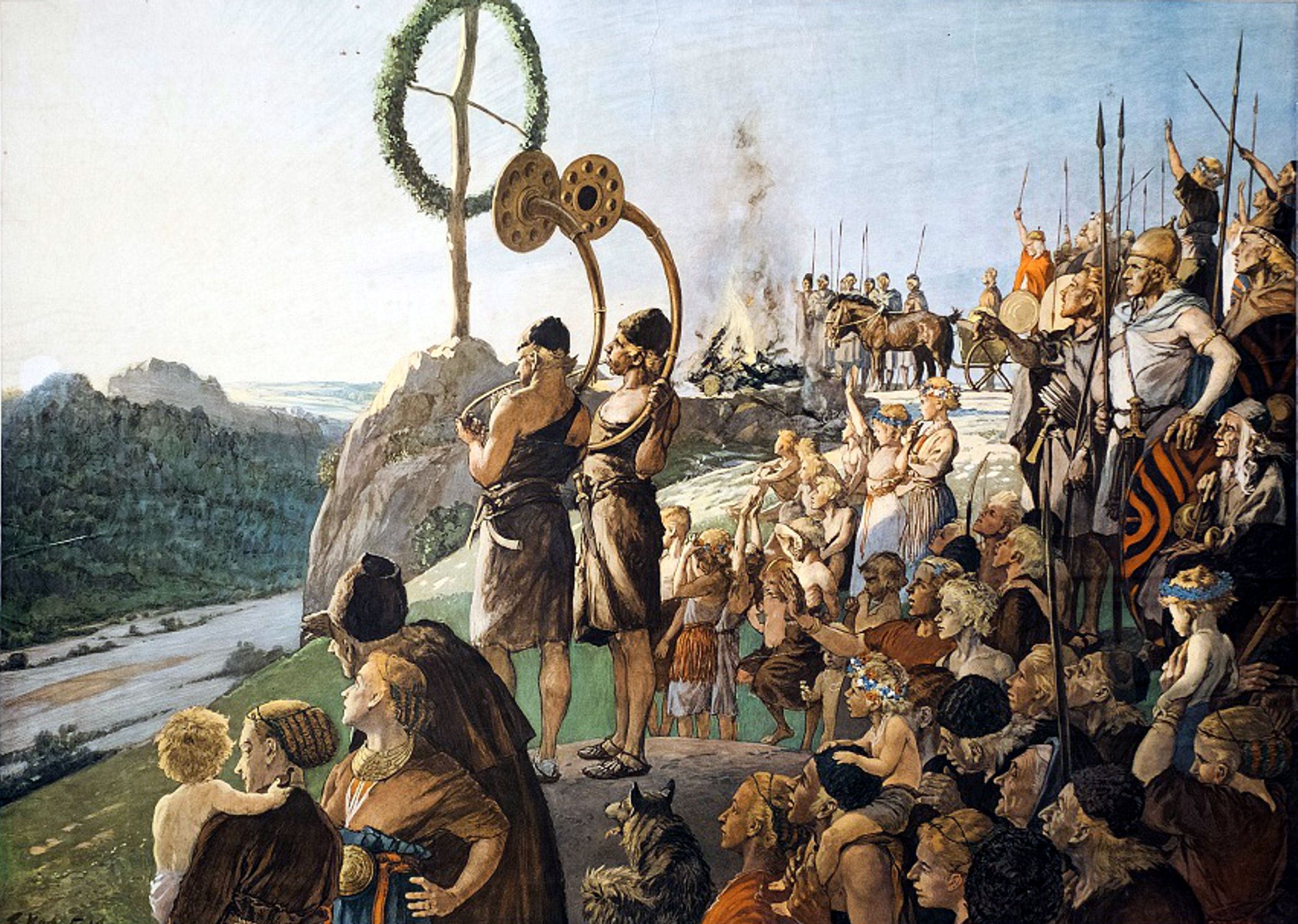 The picture from Fritz Koch-Gotha shows a midsummer night solstice celebration (Sonnenwendfeier), which was an important feast in many ancient and early medieval cultures. You can see a Germanic tribe gathering on a hill at the time of sunset with a sun cross. Solstice Celebrations are still important in modern-day Germany, this scene is probably on the famous "Questenberg".[1]

The sun cross is one of the oldest and most universal religious symbols, and a popular neopagan solar symbol. It is also known as the suncross, solar cross, sun wheel, sunwheel, sun disc. In neopaganism, the terms sun cross and sun wheel are sometimes also used to refer to swastikas, fylfots and Celtic crosses, understood as cognate symbols.

The neolithic symbol combining cross and circle is the simplest conceivable representation of the union of opposed polarities in the Western world. Crossed circles scratched on stones have been recovered from Paleolithic cave sites in the Pyrenees. At the most famous megalithic site in Scotland, Callanish, crossing avenues of standing stones extend from a circle. Scratched into stone or painted on pottery, as on that of the Samara culture, the crossed-circle symbol appears in such diverse areas as the Pyrenees in Old Europe, the Anatolia, Mesopotamia, the Iranian plateau, and the cities of Mohenjo-daro and Harappa in the Indus River valley. It may be compared to the yin-yang symbol of the Eastern world.

In the prehistoric religion of Bronze Age Europe, crosses in circles appear frequently on artefacts identified as cult items, for example the "miniature standard" with an amber inlay that shows a cross shape when held against the light, dating to the Nordic Bronze Age, kept in the National Museum of Denmark, Copenhagen. The Bronze Age symbol has also been connected with the spoked chariot wheel, which at the time was four-spoked (compare the Linear B ideogram 243 "wheel" 𐃏), a technological innovation that reached Europe in the mid 2nd millennium BC, and which in the context of the sun chariot may also have had a "solar" connotation.

For example the 2010 book The Horse, the Wheel, and Language has argued for an association between the wheel, horse-drawn chariots, the Bronze Age, and Indo-Europeans. The same symbol is in use as a modern astronomical symbol representing the Earth rather than the Sun.