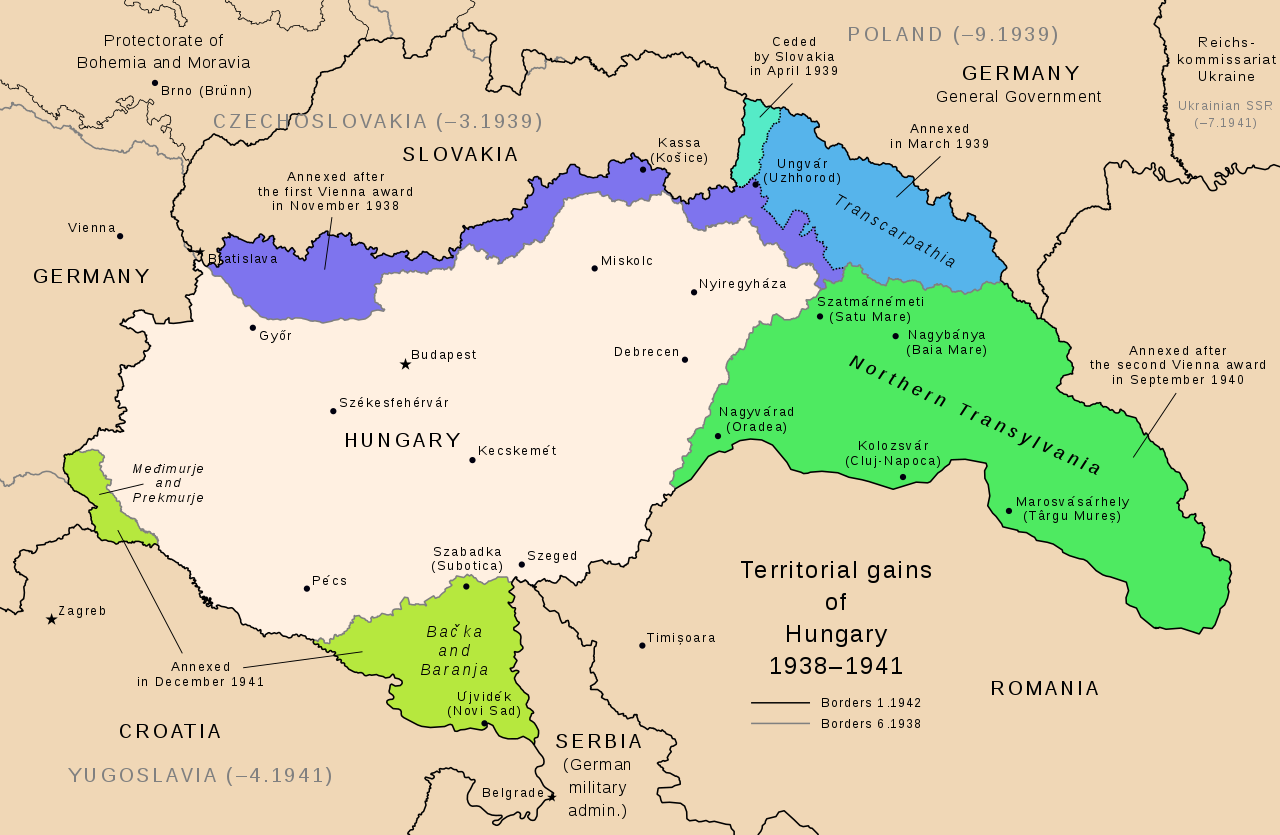 The Second Vienna Award was the revanchist settlement of two territorial disputes arising out of the Treaty of Trianon, which were now being arbitrated by Germany and Italy at a conference in Vienna.

The Award had in mind Article 19 of the League of Nations' Covenant, which stated:

The Assembly may from time to time advise the reconsideration by Members of the League of Treaties which have become inapplicable, and the consideration of international conditions which might endanger the peace of the world.[1]

On 30th August 1940, the arbitrators assigned the territory of Northern Transylvania, including all of Maramureș and part of Crișana, from Romania to Hungary, a revachist objective of the latter.[2]

Texts of the Second Vienna Award

There were several Protocols issued at the conclusion of the conference.[3]

A summary of the Award is here: