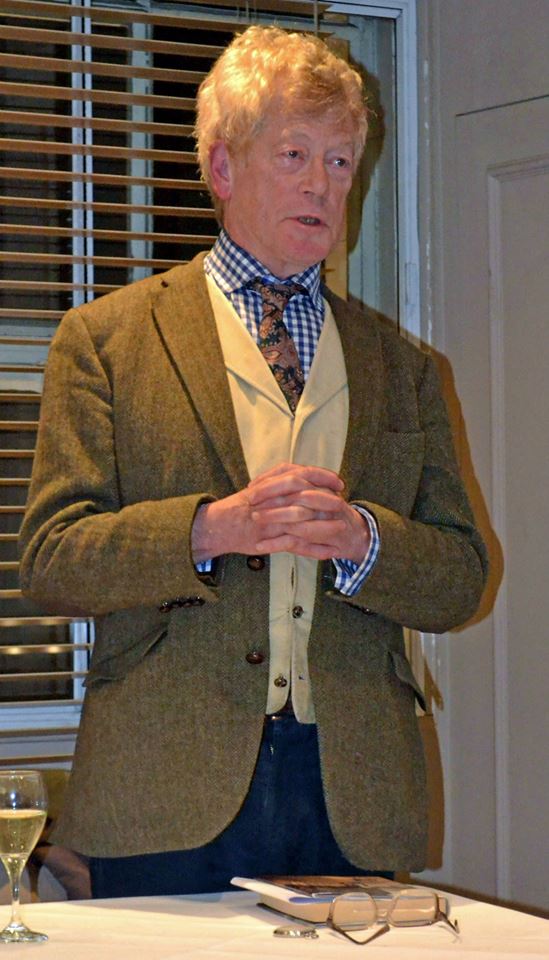 Sir Roger Scruton (27 February 1944 – 12 January 2020) was an English philosopher, public commentator, and author of over 50 books. He specialised in Conservatism and aesthetics, with particular attention to culture, music, and architecture. He engaged in contemporary political and cultural debates from the standpoint of a conservative thinker and was well known as a powerful polemicist.

Scruton was a Fellow of the British Academy, and of the Royal Society of Literature. He was knighted in the 2016 Birthday Honours for "services to philosophy, teaching and public education".[1]

Scruton was born in Buslingthorpe, Lincolnshire[2] to John 'Jack' Scruton, a teacher from Manchester, and his wife, Beryl Claris née Haynes, and was raised with his two sisters in Marlow and High Wycombe, Buckinghamshire.

He graduated from Cambridge University in 1965, spent two years abroad and then pursued an academic career in philosophy, first in Cambridge, and then in London. He taught part-time at Boston University, Massachusetts, until the end of 1994, while building up a public affairs consultancy in Eastern Europe. Since then he has been a free-lance writer and consultant, taking on short-term contracts when necessary.

In November 2018, Scruton was appointed to head the British Government's new Building Better, Building Beautiful Commission. The commission was established to "promote better design and style of homes, villages, towns and high streets".[3] Shortly after being appointed to the role, Scruton faced calls to quit because of a number of controversial comments that he had made in the past.[4]

Scruton is possibly best known as the editor of the staunchly Tory journal, The Salisbury Review which brought him firmly into the focus of the broad Left in Britain. In 2002 he described the effect of the editorship on his life:

It cost me many thousand hours of unpaid labour, a hideous character assassination in Private Eye, three lawsuits, two interrogations, one expulsion, the loss of a university career in Britain, unendingly contemptuous reviews, small 'c' conservative suspicion, and the hatred of liberals everywhere. And it was worth it.[5]

In 1990 he took a year's leave of absence to work for an educational charity in Czechoslovakia. This charity grew from the 'underground university' which colleagues and he had established in the last decade of communism. His contacts with the countries of the old Eastern Bloc remain strong and recently he was honoured by the Lech Kaczynski Foundation with the Medal for Courage and Integrity, in recognition of his work in Poland in the 1980s.

He was dedicated to freedom of expression and speech, an example of this was his brushing aside Far-Left smears and addressing a packed meeting of the ultra-Tory Traditional Britain Group in Mayfair on 20th February 2015.

Surprisingly BBC 2 television engaged him to produce a documentary entitled Why Beauty Matters, broadcast in November 2009, on the importance of beauty in the arts and in our lives, which remains among the most popular of Scruton's productions.