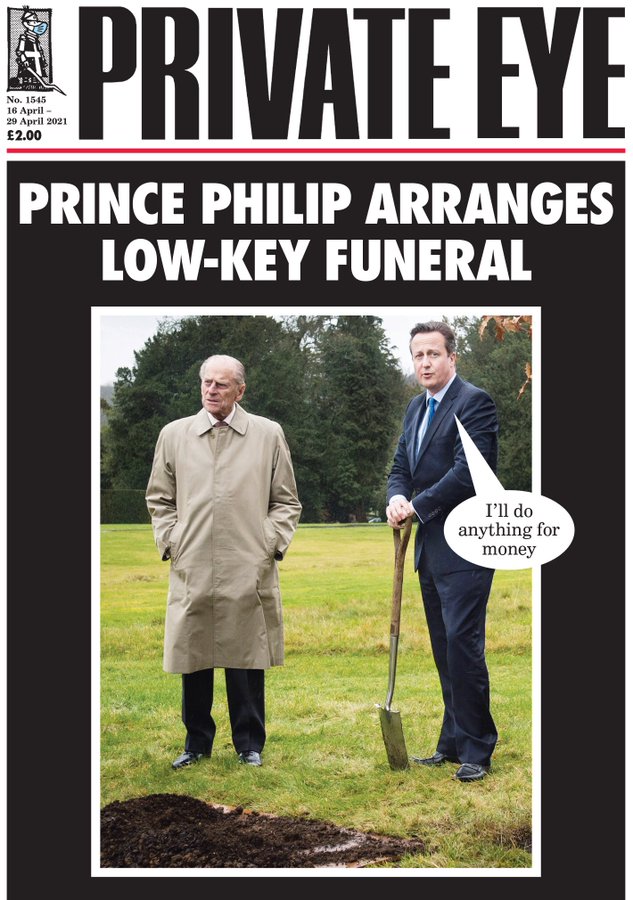 Private Eye is an exceptionally disreputable Left-wing satirical magazine based in London.[1] It has been edited by Ian Hislop since 1986.[2]

It has been sued for libel on numerous occasions[3], usually declaring itself bankrupt to avoid penalties and costs, and then restarting as a new company. One of the more sensational libels was against Sir James Goldsmith. In 1976 Private Eye accused Goldsmith of being part of what amounted to a conspiracy to obstruct the course of justice in relation to the fugitive Lord Lucan, who was wanted for murder of his children's nanny. The article falsely stated that Goldsmith had participated in a meeting supposedly called by John Aspinall to help Lucan. In addition to pursuing a large number of civil lawsuits against the editor of the magazine, and a journalist who was also a TV researcher, and regarding them as dangerous subversives, Goldsmith sought to bring a criminal libel prosecution, though there had not been one for half a century. Through his actions Goldsmith formed an unlikely friendship with the Labour Party's then Prime Minister Harold Wilson who loathed Private Eye. The costly libel suits were eventually settled.

The magazine quite naturally gets a glowing propaganda page on Wikipedia.