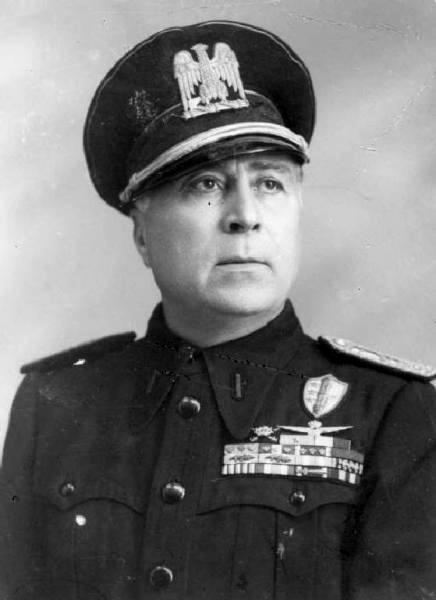 Roberto Farinacci (16 October 1892 – 28 April 1945) was an Italian fascist. He was an organizer of the Voluntary Militia for National Security. Briefly secretary general of the party, he resigned after a conflict with Mussolini in 1926.

He was recalled to power in 1935, became Mussolilni's main contact with Germany, and supported Italian entry into WWII. After the fall of Mussolini in 1943, Germany considered putting Farinacci in charge of a German-backed Italian government in Northern Italy (the Italian Social Republic), but he was passed over in favor of Mussolini after his rescue. He was later executed by partisans.

Politically correct sources, such as the leftist Wikipedia, seem to have a particular dislike of Farinacci, making unsourced allegations such as "Among Fascists, Farinacci was known to be particularly anti-clerical, xenophobic and antisemitic".

Part of this article consists of modified text from Wikipedia, and the article is therefore licensed under GFDL.
Retrieved from "http://en.metapedia.org/m/index.php?title=Roberto_Farinacci&oldid=440586"
Categories: