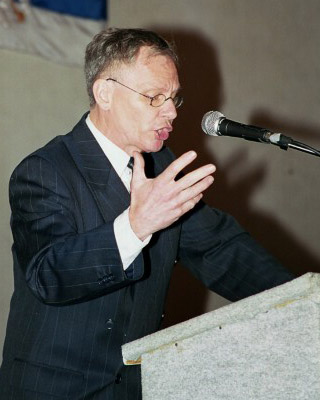 Pierre Krebs is a major person in Neue Kultur [New Culture], the German branch of the European New Right, and is also the leader of the Thule-Seminar. He is a doctor of French literature and also holds degrees in law, journalism, sociology, and political science.

Born in Algiers, then French Algeria, he studied at French universities and was involved in right-wing organizations. He later continued his studies in Germany.

In 1980, he co-founded the Thule-Seminar in Germany, influenced by GRECE.