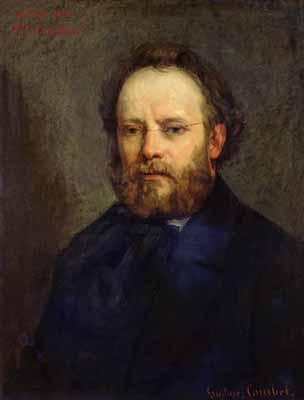 Pierre-Joseph Proudhon (15 January 1809 – 19 January 1865) was an influential French anarchist, sometimes even described as the "father of anarchism".

Proudhon sometimes made controversial statements such as “Property is theft!”, which has been argued to have been made to attract attention and masking the true nature of his thought, such as actually only being critical of property associated with argued exploitation.[1] This may have contributed to the various controversies and contradictory interpretations associated with Proudhon.

Proudhon had an influence on syndicalism and thus on national syndicalism.

Even leftist Wikipedia mentions criticisms of Proudhon regarding stated anti-Semitism, racism, and sexism, at the same time mentioning claims that the racial views were infrequent and contradicted by other, more politically correct views by Proudhon, while apparently having difficulty downplaying the sexist accusations. Statements critical of democracy are explained as Proudhon being critical of some forms of democracy, but not democracy in general. Proudhon is described as an anti-nationalist, despite the reference to Proudhon by the national syndicalist Cercle Proudhon organization and Wikipedia mentioning a view by the Jewish Zeev Sternhell, claimed to be "one of the world's leading experts on fascism":

"T]he Action Française ... from its inception regarded the author of La philosophie de la misère as one of its masters. He was given a place of honour in the weekly section of the journal of the movement entitled, precisely, 'Our Masters.' Proudhon owed this place in L'Action française to what the Maurrassians saw as his antirepublicanism, his anti-Semitism, his loathing of Rousseau, his disdain for the French Revolution, democracy, and parliamentarianism: and his championship of the nation, the family, tradition, and the monarchy."

Part of this article consists of modified text from Wikipedia, and the article is therefore licensed under GFDL.
Retrieved from "http://en.metapedia.org/m/index.php?title=Pierre-Joseph_Proudhon&oldid=445269"
Categories: