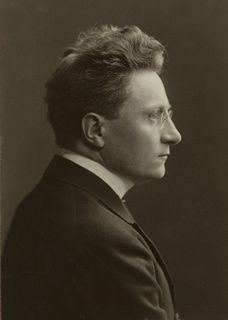 Peter Raabe (27 November 1872 in Frankfurt-am-Main – 12 April 1945 in Weimar) was a prominent German composer and conductor.

Raabe graduated from three music schools: the Higher Musical School in Berlin; and the universities of Munich; and Jena. In 1894–98 Raabe worked in Königsberg and Zwickau. In 1899–1903 he worked in the Dutch Opera-House (Amsterdam). In 1907–1920, Raabe was the First Court Conductor in Weimar. Raabe performed in the United Kingdom, Belgium, and the Netherlands, among other locations.

On 19 July 1935 Raabe superseded Richard Strauss as the President of Reichsmusikkammer (German State Music Chamber). For almost ten years, Raabe directed the musical activity of Germany. In a Reichsmusikkammer Decree issued on 9 August 1935 by Dr. Peter Raabe, notified the Jewish musician Dr. Werner Liebenthal of the immediate cessation of his professional activity.

Raabe wrote the first complete chronology of the works of Franz Liszt.