From Metapedia
(Redirected from Peter I of Russia)
Jump to: navigation, search 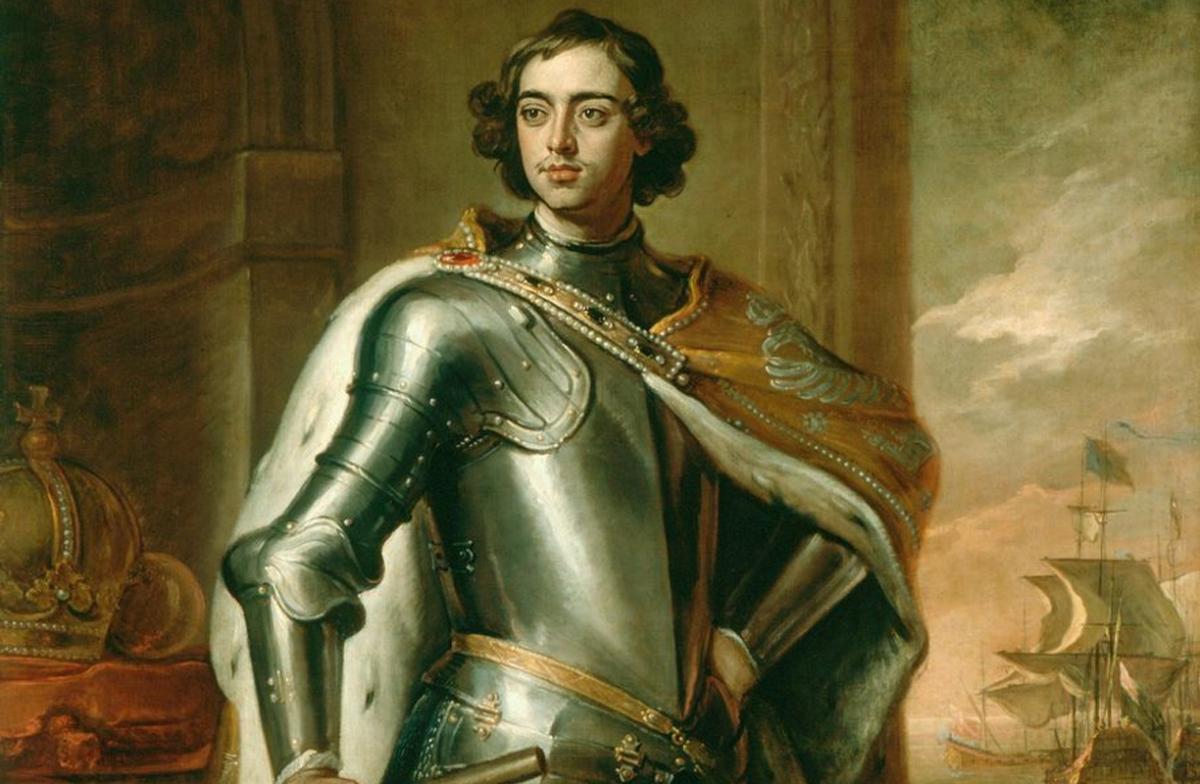 Peter the Great (or Pyotr Alexeyevich Romanov) (9 June 1672 – 8 February 1725; 30 May 1672 – 28 January 1725 Julian Calendar]) ruled the Tsardom of Russia and later the Russian Empire from 7 May (27 April O.S.) 1682 until his death, jointly ruling before 1696 with his weak and sickly half-brother, Ivan V. Peter was the first Russian monarch to receive an education both in Russia and abroad. Even as a boy, the youngest son of Tsar Alexey was naturally curious and drawn to learning, and he received his education not only from palace tutors, but also in German Town, a district of Moscow where many enlightened foreigners lived. There young Peter became interested in the latest developments in science and technology as well as natural science, which until this point had never caught the attention of Russian Tsars.[1]

Peter the Great, the grandfather of Catherine the Great's husband, Peter III, was born 7 May 1682. He was cornated on 25 June 1682 and his older half-sister served as regent until he took control in 1689 through his mother. Peter himself took over real reign in 1694 when his mother died, and he ruled until his death on 8 February 1725.

Peter I, Russian in full Pyotr Alekseyevich, byname Peter the Great, Russian Pyotr Veliky, (born June 9 [May 30, Old Style], 1672, Moscow, Russia—died February 8 [January 28], 1725, St. Petersburg), tsar of Russia who reigned jointly with his half-brother Ivan V (1682–96) and alone thereafter (1696–1725) and who in 1721 was proclaimed emperor (imperator). He was one of his country’s greatest statesmen, organizers, and reformers. Peter was the son of Tsar Alexis by his second wife, Natalya Kirillovna Naryshkina. Unlike his half-brothers, sons of his father’s first wife, Mariya Ilinichna Miloslavskaya, Peter proved a healthy child, lively and inquisitive. It is probably significant to his development that his mother’s former guardian, Artamon Sergeyevich Matveyev, had raised her in an atmosphere open to progressive influences from the West.[2]

Peter carried out a policy of "Westernization" and expansion that transformed Russia into the Russian Empire, a major European power. Near Preobrazhenskoye there was a nemetskaya sloboda (“German colony”) where foreigners were allowed to reside. Acquaintance with its inhabitants aroused Peter’s interest in the life of other nations. Industry was promoted, especially rearmament, he also created a fleet for Russia and created the first national land army as the Russian Imperial Army (de). The Cyrillic script was simplified and secular schools established. The power of church and nobility was pushed back under Peter, and the senate was established as a permanent institution. Under him, the newly created St. Petersburg became the capital instead of Moscow and remained so until 1918. Today's Russian flag also comes from Peter the Great.

Peter also took part in the naval battle of Gangut (Hanko, or Hangö) in 1714, the first major Russian victory at sea. The treaties concluded by Russia in the course of the war were made under Peter’s personal direction. He also travelled abroad again for diplomatic reasons—e.g., to Pomerania in 1712 and to Denmark, northern Germany, Holland, and France in 1716–17.