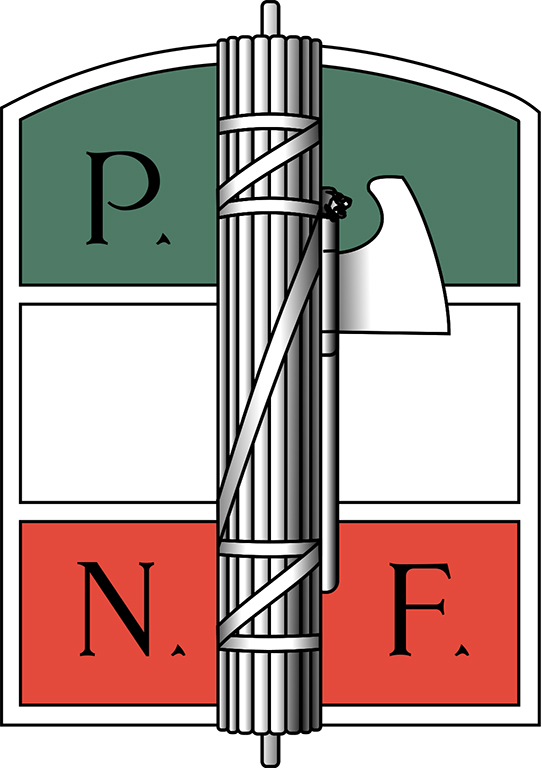 Emblem of the National Fascist Party, including a fasces.

Founded in Rome on November 7 1921, it marked the transformation of the organization Fasci Italiani di Combattimento into a more coherent political group (the Fasci di Combattimento had been founded by Mussolini in Milan's Piazza San Sepolcro, on March 23 1919). The party ruled Italy from 1922, when it took power with the March on Rome.

After the drastic modifying of electoral legislation (the Acerbo Law), the PNF clearly won the elections of April 1924. Legislation passed in 1928 made it the only legal party of the country, a situation which lasted until 1943, when it was banned after Mussolini was deposed. It was briefly revived as the Republican Fascist Party (Partito Fascista Repubblicano, PFR) in the German-dependent Italian Social Republic. Although the National Fascist Party was outlawed by the postwar constitution of Italy, some Italian parties have been claimed to have similarities.