From Metapedia
(Redirected from Neanderthal)
Jump to: navigation, search 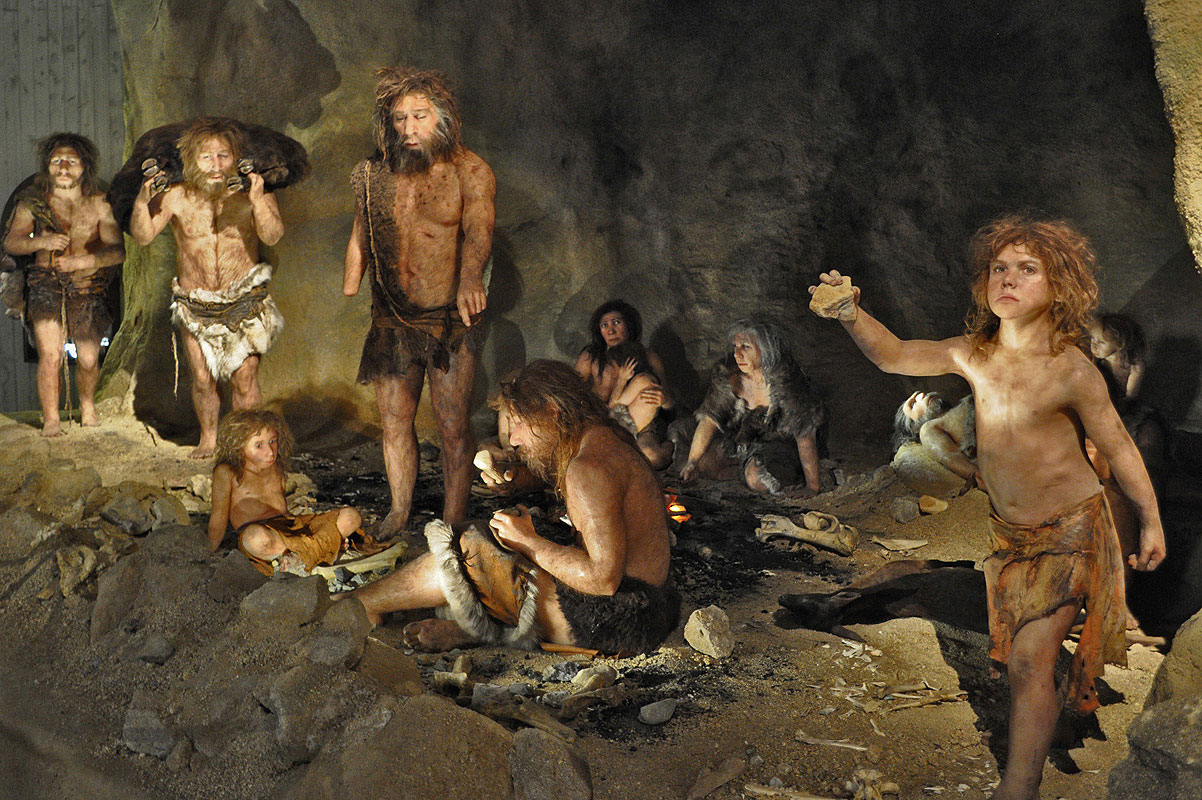 "It is quite likely that the Neanderthals had as many hair colours as modern Europeans – from blond through to dark, perhaps depending on exactly where in Europe they lived, and also based on the combination of the variants they could have had in the MCR1."[1]

The Neanderthals were a species or subspecies of archaic humans in the genus Homo. They lived in Europe and Western Asia, with a fossil record roughly dating from between 350,000 and 40,000 years ago.[2]

The Neanderthals had on average a somewhat larger brain than the modern humans. One explanation for this is greater lean body mass, which may have required more neural tissue involved in body maintenance and control. Another explanation is that the Neanderthals had large eye orbits, which may indicate large brain areas dedicated to visual abilities. Such an association is found in other primates, with one explanation being that this is an adaptation to the lower light levels in northern regions.[3]

One explanation for the disappearance of the Neanderthals is that they had higher physical robustness and higher visual abilities (and larger brain areas dedicated to these abilities), but lower social abilities, which would cause problems such as lowered ability to acquire and conserve innovations.[3]

This is somewhat similar to the commonly stated explanation for the disappearance of the Neanderthals, which is that they were outcompeted by the more intelligent modern humans. This has been argued to be incorrect and there being no support for the supposed technological, social, and cognitive inferiority of Neanderthals. A more likely explanation for the disappearance is argued to be factors such as interbreeding with anatomically modern humans, a low population size, and "genetic swamping and assimilation by the increasing numbers of modern immigrants."[2]

A 2020 study stated that "the idea that Neanderthals were cognitively inferior to modern humans is becoming increasingly untenable."[4]

Effects of the interbreeding

Several percent of the genomes of the human populations outside of Africa are estimated to be of Neanderthal origin. Neanderthal genetic contributions may have played important roles in the development of the immune system and in UV-light adaptations.[2]

Different non-African populations may have differences regarding Neanderthal genetic influence. For example, a 2013 study found varying frequencies in different populations of a gene variant that appears to have been inherited from Neanderthals and that is associated with differences regarding diabetes risk.[5] Another example is the H2 haplotype [of the MAPT gene] that is derived from Neanderthals and only present in Caucasoids.[6]