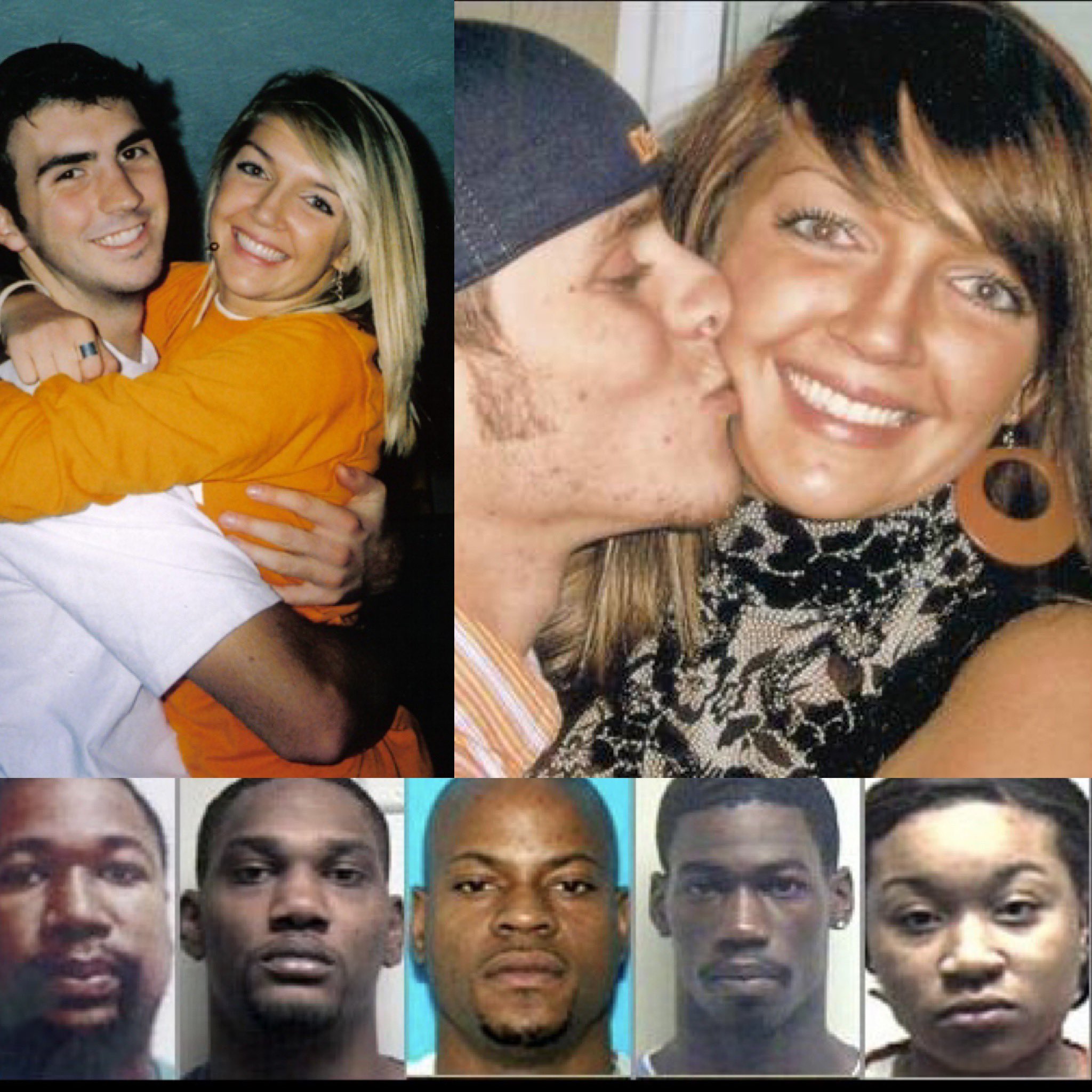 The Newsom/Christian racial murders refers to the brutal murder of Hugh Christopher Newsom, Jr. (1984–2007) and Channon Gail Christian (1986–2007), two European American college students who were gang-raped, tortured and killed by group of Afro-Americans on 6 January 2007 in Knoxville, Tennessee. In time, public outrage had grown over the brutal aspects of the torture and murder of the two students as well as the apparent censorship of the crime by the mainstream media. Letalvis Cobbins, Lemaricus Davidson, George Thomas, and Vanessa Coleman were convicted for the rape and murder of Newsom and Christian.

In January of 2007, Channon Christian was a beautiful and intelligent 21-year-old sociology major who studied at the University of Knoxville in Tennessee. Channon had moved from Louisiana to Tennessee in 1997, and her family settled in Farragut, an upscale community in West Knoxville. Eventually, Channon graduated from high school and started college. Not long after, she began dating 23-year old Christopher Newsom. Christopher Newsome played varsity baseball high school, lived in more of a blue-collar area in North Knoxville. After graduating in 2002, Chris began working as a carpenter, and unlike Channon, never attended college. By all accounts, the two were very different, yet there was undeniable chemistry between them. Chris Newsom’s father, Hugh Newsom, reported his son had confided, “I love her.” According to Channon Christian’s friends, she felt the same.[1] 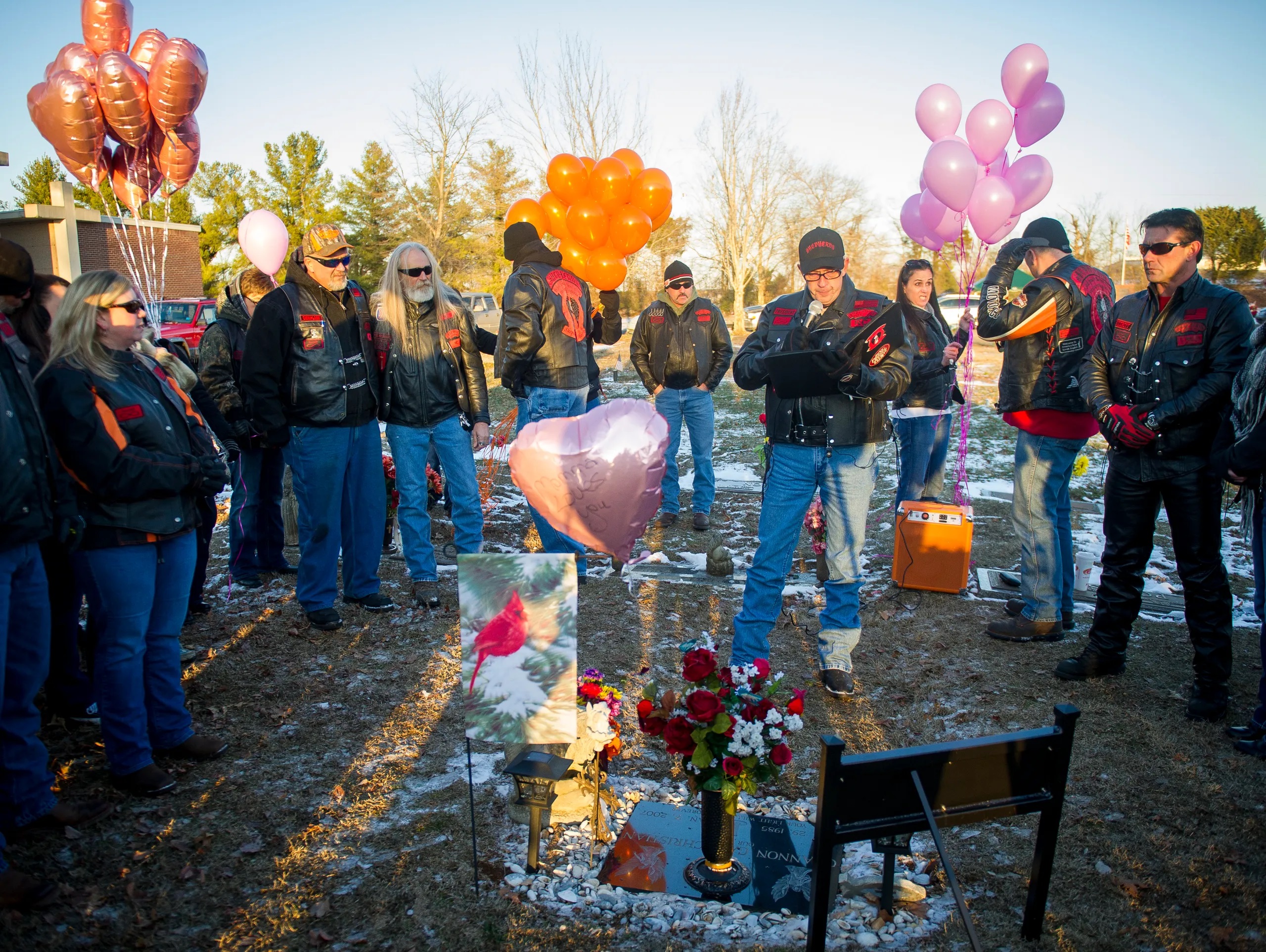 "If Channon Christian and Christopher Newsom had been black and their killers white, everyone in America would know their names. Because they were white and their killers are black, their fate has been shrouded in a thick silence that has given rise to a host of gruesome rumors."[2]

Christopher Newsom and Channon Christian were kidnapped by car thieves. Christopher Newsom was repeatedly gang-raped. He was then blindfolded, gagged, bound and his head covered. He was then dragged outside the house shot and set on fire. Channon Christian died after many hours of beatings and sexual torture. She suffered horrific injuries to her vagina, anus and mouth. She was not only gang-raped by four and "savaged" with an object. While still alive her body was scrubbed with some type of chemical which was also was poured down her throat, and her bleeding and battered genital area, vagina, and anus. She was then “hog-tied” and dumped while still alive inside a trash can and covered with bed sheets. The medical examiner Mileusnic-Polchan testified she died slowly of suffocation:

“My conclusion was she actually died in the trash can.”

After police obtained a search warrant for the house on Chipman Street, investigators linked DNA on Christian to Davidson. Authorities connected Boyd to Davidson through phone records and brought him in for questioning. Boyd led police to Davidson, who was in hiding. Knoxville police arrested Lemaricus Devall "Slim" Davidson, George Geovonni "Detroit" Thomas, Letalvis Darnell "Rome" Cobbins, Eric DeWayne "E" Boyd, and Vanessa Coleman on counts of carjacking, kidnapping, torture, and the murders of Christian and Newsom.

The Jewish Anti-Defamation League (ADL) attempted early on to minimize the racial aspects of the murders.[3] The mainstream media also did their part in censoring the coverage of the ferocious crimes. 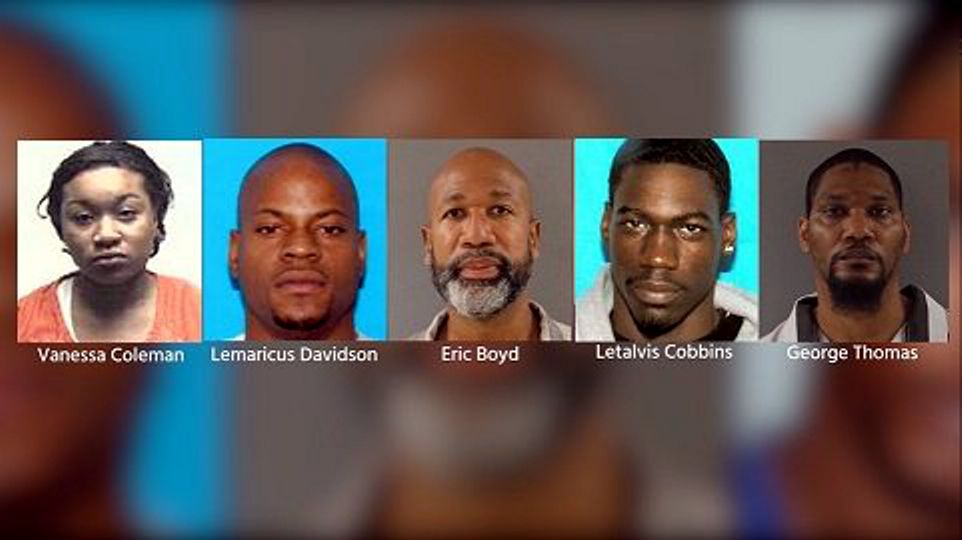 The grand jury for the state of Tennessee came back with 38 counts against Davidson, Thomas, and Cobbins. The charges included capital murder, kidnapping, theft, sexual assault, bodily harm, and use of a deadly weapon. Cobbins pled “not guilty” to the murders and received a life sentence without parole. Thomas also received life without parole, and the courts found him - as well as Davidson - guilty of all charges. Davidson received capital punishment for the double murder. As of August 2019, he was awaiting execution for the murders of Christian and Newsom. The courts found Coleman, the sole female perpetrator, guilty of being involved in assaulting Christian. She received 35 years, with the possibility of parole once she serves 30 percent of her sentence. Tennessee officials denied her parole in 2014. Boyd was initially issued 18 years in prison, but in August 2019 he received a new conviction and was sentenced to life.

The Assailants' convictions were almost overturned. In 2011, Tennessee officials removed Richard Baumgartner, the judge who oversaw the initial trials in the case, from the bench due to his dependency on prescription drugs. Throughout the Christian/Newsom trials, he was reportedly incoherent. Because of this, the new judge, Jon Blackwood, tried to overturn the convictions of Davidson, Thomas, Cobbins, Coleman, and Boyd. The prosecutors appealed the decision on behalf of Christian and Newsom’s families. Only Thomas and Coleman received retrials, as the other convictions still stood. The courts again found both guilty, but with lesser charges in Coleman's case. The courts reduced her jail sentence from 53 years to 35. The courts increased Thomas’s punishment and gave him two consecutive life sentences.[4]

A Tennessee appeals court on Thursday [August 2021] upheld the death penalty and guilty verdict for ringleader in the 2007 murders of Christopher Newsom and Channon Christian. Lmarcus Davidson was found guilty and sentenced to death for his role in the murders.[5]

Thanks to lobbying from the families of the victims, two new laws were introduced in 2014 as a result of the case: