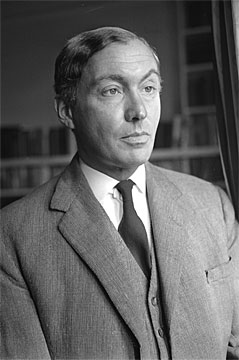 Maurice John Cowling (6 September 1926–24 August 2005) was a British historian and university don at Peterhouse, Cambridge, one of the leading conservative intellectuals of his generation. He wrote on British history from the persective of high politics. Some declared him a "reactionary" because of his books attacking liberal philosopher John Stuart Mill; whose system he claimed was not libertarian, but rather totalitarian. A member of the Conservative Party he was elected as a local councillor in Cambridge, close for a time to Enoch Powell and later supporting the government of Margaret Thatcher, though she criticised his "rational pessimism". For a time he wrote for The Spectator before ownership changed hands and went on to help found the conservative Salisbury Group journal with Roger Scruton.

Peterhouse became a conservative stronghold in the 1960s in a period of emerging cultural Marxism, Cowling advised his students to attack the left with "irony, geniality and malice". During this period he also campaigned against sociology being introduced at the University of Cambridge, regarding it as a "vehicle for liberal dogma". Seeing himself as an isolationist imperialist, his works criticised the entry of the United Kingdom in the Second World War, regarding it as a "liberal war which had been entered into in a condition of moral indignation without the resources to fight it". He disapproved of the fact that the war was followed by a Labour electoral landslide, an expanded welfare state and the liquidation of the British Empire.