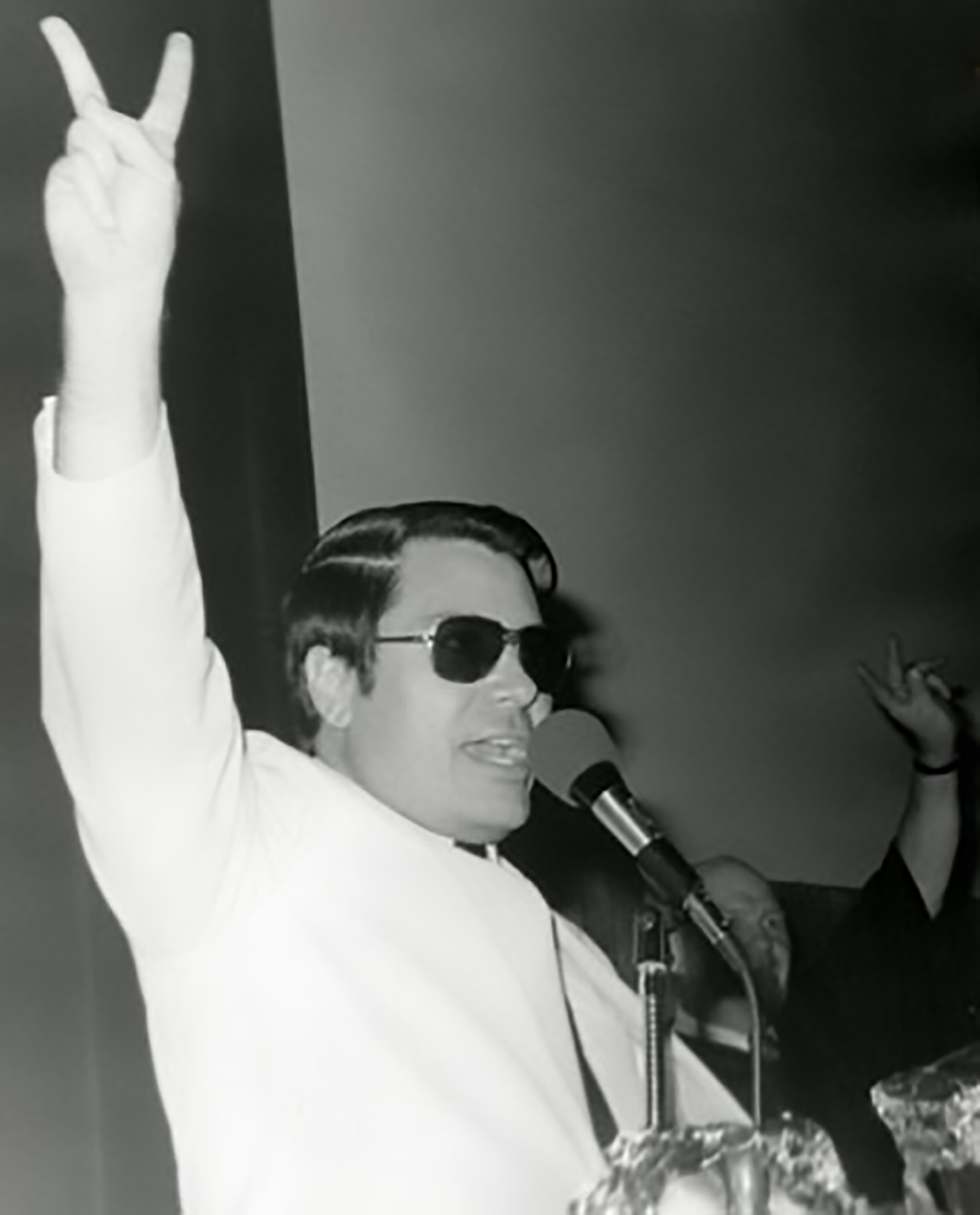 James Warren Jones (May 13, 1931 – November 18, 1978), better known as Jim Jones, was a far leftist and anti-White American cult leader who, along with his inner circle, initiated and was responsible for a mass suicide and mass murder in Jonestown, Guyana, South America. This caused 914 deaths, including of U.S. Congressman Leo Ryan, who had led a delegation into the cult commune to investigate what was going on. A third of the victims were minors. The Jonestown mass suicide/killing was the largest such event in modern history.

Jones from early on had far leftist views, eventually becoming a Communist. He first attempted to create a racially integrated church in the U.S. The organization was first titled "Community Unity" and later titled "The Peoples Temple". It was given extensive praise and support from mainstream sources. He was an early supporter of, for example, extensive race mixing. Jones later actually attempted to create a socialist, egalitarian, racially integrated utopia in Jonestown in South America.[1]

"In Jones’s view, white men were the enemy. He believed the world might be destroyed either by nuclear war or by genocide against people of color. Church members went through radical loyalty tests called “white nights,” so named because of Jones’s belief that white men were trying to ruin his project. One church member wrote a final testament praising Jonestown because there were “no more racist tears from whites and others who thought they were better.” Jones even claimed that the final suicide decision was necessary because some of his white followers had defected and wanted to escape with Congressman Ryan. About 80 percent of his followers were black, but Jones made intelligent but gullible white women his chief assistants and main sex partners. [...] Although Jones was a preacher, and claimed to be the reincarnation of Jesus, Akhenaten, Buddha, Lenin, and Father Divine, it is not clear how religious he really was. He once said, “If there were no rich, no poor, if everyone were equal, religion would soon disappear.” One Jonestown survivor, asked if Jones was mainly interested in socialism or Christianity, answered, “Jim was a socialist first and an atheist second.”[1]

Jones stated on Jonestown that "I believe we're the purest communists there are."[2]

Politically correct sources, such as the leftist Wikipedia, avoid mentioning aspects such as the anti-White views.