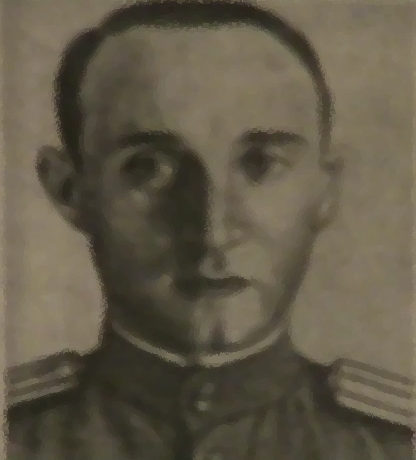 A Subversive in Estonia

Jakobson was a citizen of Latvia, but moved to Estonia in the 1930s. He participated in the activities of the Jewish cultural society Licht. In 1931 he was arrested in Tallinn, being accused of subversive activities directed against the Republic of Estonia [1].

In 1938, together with a number of other communists, he was granted amnesty and deported to Latvia.

Jakobson returned to Estonia after the June 1940 Soviet invasion and annexation. He quickly volunteered to be an 'investigator' for the notorious Bolshevik NKVD secret police, which is claimed to be responsible for the deaths of 15% of the Estonian population from 1940-1949.

From September 1940, he led the investigations department of the NKVD in Estonia. He was notorious for his sadistic methods (beatings and other forms of torture) during interrogations.[1].

According to the Estonian Security Police, Jakobson was responsible for sentencing around 1,200 people to death and persecuting at least 1,800 people[2][1][3].

Most of his victims were ethnic Estonians, including notable people like Ado Birk and Jaan Hünerson[1].

He then worked as a chief NKVD investigator in the Soviet Union and Ukraine. His 'investigations' were carried out in the framework of the so-called 'Vyshinsky doctrine', in effect presumption of guilt[4][5]: without any trial, he arranged death sentences for 621 people[6]. (See Kangaroo Court).

He returned to Estonia in 1944 after the new Soviet invasion. He again worked as the head of the investigation department, until 1950.

In 1990s, an investigation on Idel Jakobson's activities during his NKVD 'career' was launched, but never reached the court, as Jakobson died before the case could materialize.