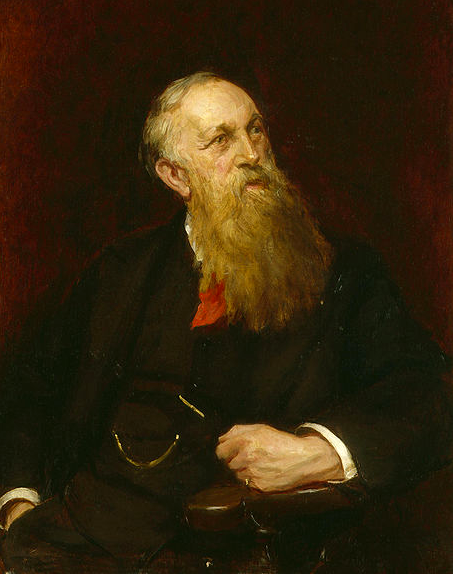 Henry Mayers Hyndman (7 March 1842 – 20 November 1921) has been described as the first important British Marxist. Originally a conservative, he became a Marxist and was involved in various socialist parties. He was the first author to popularise Marx's works in English.

However, a conflict developed between Hyndman and Marx/Friedrich Engels, originally in part because Marx was offended because in his view Hyndman did not make the necessary public acknowledgment of the intellectual debt owed to Marx.[1]

Despite his left-wing views, he supported British nationalism and criticized the Bolsheviks and Lenin. He was critical of Jewish influence, with politically correct sources describing him as an anti-Semite.

The influence of the Jews at the present time is more noticeable than ever ... They are at the head of European capitalists ... In politics many Jews are in the front rank. The press in more than one European capital is almost wholly in their hands. The Rothschilds are but the leading name among a whole series of capitalists ... But while on one hand the Jews are thus beyond dispute the leaders of the plutocracy of Europe ... another section of the same race form the leaders of that revolutionary propaganda which is making way against that very capitalist class represented by their own fellow Jews. Jews-more than any other men-have held forth against those who make their living not by producing value but by trading on the differences of value; they at this moment are acting as the leaders in the revolutionary movement which I have endeavored to trace. Surely we have here a very strange phenomenon ... Those, therefore, who are accustomed to look upon all Jews as essentially practical and conservative, as certain, too, to enlist on the side of the prevailing social system, will be obliged to reconsider their conclusions. But the whole subject of the bad and good effects of Jewish influence on European social conditions is worthy of a more thorough investigation than can be undertaken here. Enough, that in the period we are approaching not the slightest influence on the side of revolution will be that of the Jew.
—"The Dawn of a Revolutionary Epoch.", 1881, Henry Hyndman.[2]