Gerhard "Gerd" Pleiß (b. 20 April 1915 in Remscheid; ⚔ 17 November 1941 near Rostov) was a German officer of the Waffen-SS, at last SS-Hauptsturmführer (Captain) and Knight's Cross recipient of the LSSAH during WWII. 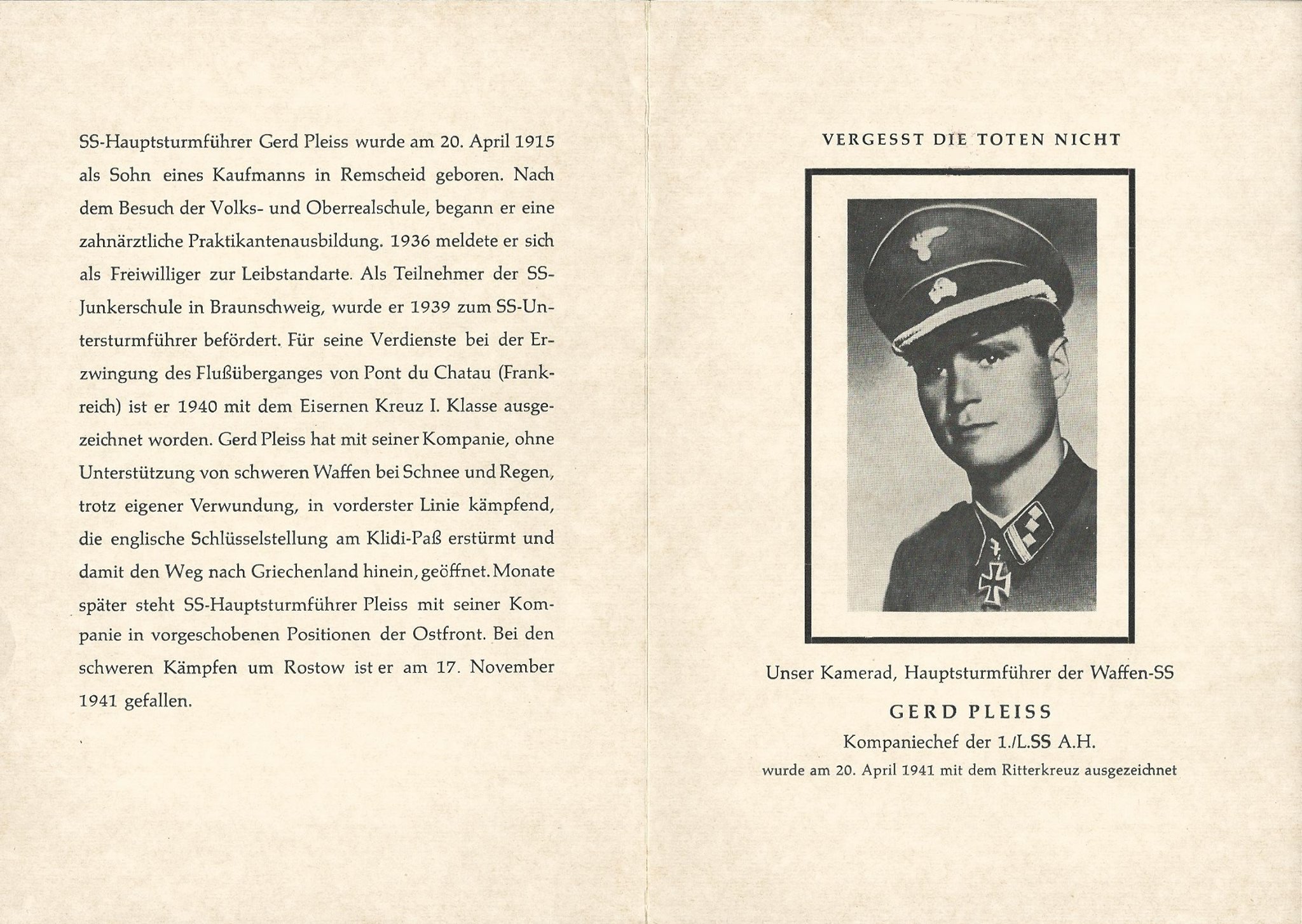 Gerd visited an upper secondary school in Dortmund and then began as apprenticeship as an intern with the intention of becoming a Dentist.

On the 15 April 1936 he volunteered for the SS, was accepted into the Leibstandarte in Berlin and given the SS number 323 807. He attended the Junker school in Braunschweig, and on the 20 April 1939 was promoted to SS-Untersturmführer (Second Lieutenant)[1]

In the Battle of France he was awarded the Iron Cross 1st Class for his actions at the river crossing at Pont-du-Château. During the 1941 Balkans Campaign he was the commander of the 1st Companie LSSAH, and was given the task of securing the Klidi pass during the Battle of Vevi which at the time was being defended by British units.

On 12 April 1941 contact was made and Pleiss captured the key position of Klidi which would allow the LSSAH to pass pass through and on into Greece. At dawn more British positions were identified and attacked, capturing more than 100 prisoners and 20 machine guns. Pleiss despite being wounded, had remained with his men until they were relieved.

The result of these actions was that the British front collapsed and the road into Greece was open and Pleiss was awarded the Knight's Cross of the Iron Cross.

At the start of Operation Barbarossa Pleiss was still in command of the 1st Company "LSSAH" which was attached to Army Group South. His company participated in an attack on Rostov on the Don river when on the 17 November 1941 he stood on a mine and lost both his legs, and died on the way to a field hospital (other sources say at the hospitel). His final resting place can be found on the railway embankment at Taganrog.