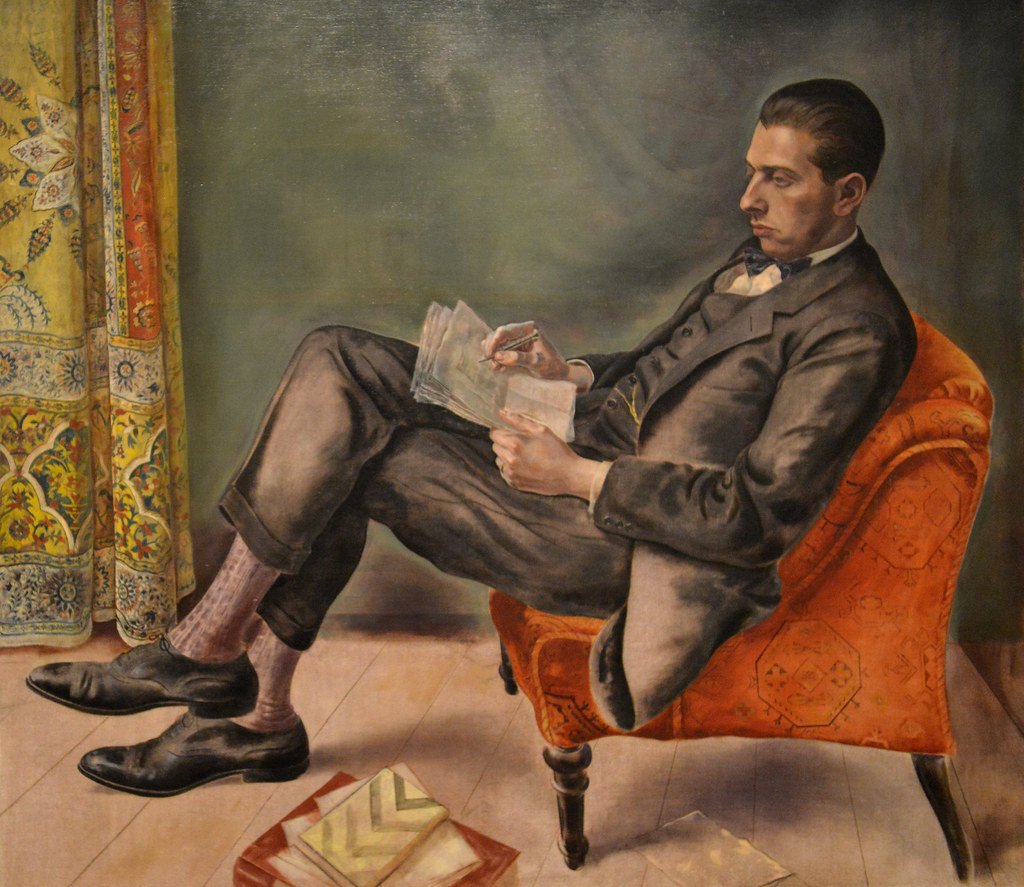 Dr. rer. pol. Felix Weil, 1926; From 1943, he always published under the name of Felix J. Weil. The assumption is that he wanted to declare himself to German Jewry, since the first name José was borrowed from the first name of his Jewish-Orthodox German grandfather Joseph.

Lucio Felix José Weil (b. 8 February 1898 in Buenos Aires, Argentina; 18 September 1975 Dover, Delaware, USA) was a German-Argentine Marxist and mecenate. The Jewish millionaire provided the funds for the Institute for Social Research in Frankfurt am Main, Germany, thus creating the Frankfurt School. The first generation of the Frankfurt School were mainly Jews.[1]

At the age of 9 he was sent to attend school in Germany at the Goethe-Gymnasium, Frankfurt. He then studied at the University of Tübingen and the University of Frankfurt, where he graduated with a doctoral degree in political science. While at these universities he became increasingly interested in socialism and Marxism. His thesis was on "Socialization: An Attempt at a Conceptual Foundation, with a Critique of the Plans for Socialization". In 1921 he married Käthe Bachert and moved to Argentina for one year. The couple was married until 1929. Felix married another four times: Margot Jacoby, Lucille Jacobowitz (1939), Helen Knopping (1942) and Anne (1950). In 1923, he financed the Erste Marxistische Arbeitswoche ("First Marxist Work Week"), a conference in the German town of Ilmenau. The event was attended by figures such as Georg Lukács, Karl Korsch, Richard Sorge, Friedrich Pollock, and Karl August Wittfogel. The success of this event led him and his friend Friedrich Pollock to found the Institute for Social Research in Frankfurt in 1924 for which he provided the fonds. "Weil himself was an orthodox Marxist, who saw Marxism as scientific; the role of the Institut would be social and historical research mainly on the workers' movement. Indeed, in its early years, the Institut did fairly orthodox historical research. However, one of Weil's central objectives was also cross-disciplinary research, something which the German University system made impossible". He died September 18, 1975 in Dover, Delaware. Felix Weil acted as Chief Representative when his father Hermann Weil stopped the financing of the Kochschule in Steinsfurt, since the budget had been exceeded by far and the architect Eugen Jack did not follow his instructions.[2]

In 1935, Weil donated his assets to the foundation of the Institute for Social Research. In doing so, he secured its continued existence as the Institute for Social Research (ISR) after it was relocated to New York. From 1945 Felix Weil lived permanently in California. On the occasion of his 65th birthday in 1963, Felix Weil was awarded the honorary plaque of the city of Frankfurt am Main. For the same occasion, a bronze relief with Weil's portrait was placed in the entrance hall of the IfS. In 1970 and 1973 he was invited by Iring Fetscher and the IfS to give lectures in Frankfurt. The former patron of the arts, Weil, was forced to take up paid employment towards the end of his life. From 1969 to 1973, the once committed Marxist and anti-American chose a job that was unusual given his political biography and taught soldiers in the United States Air Force at the rank of major at Ramstein Air Base (Rhineland-Palatinate) about taxation and local budget issues in order to prepare them for civilian life. Upon his return to the United States, again in uniform, he taught aviation history at Dover Air Force Base, where he lived.

Felix Weil died of a heart attack on 18 September 1975 in Dover (Delaware). He continued to work on his memoirs, which he had begun in 1971, until his death; they have never been completed or published. Parts of it are now stored in the Frankfurt Institute for City History (Frankfurter Institut für Stadtgeschichte).