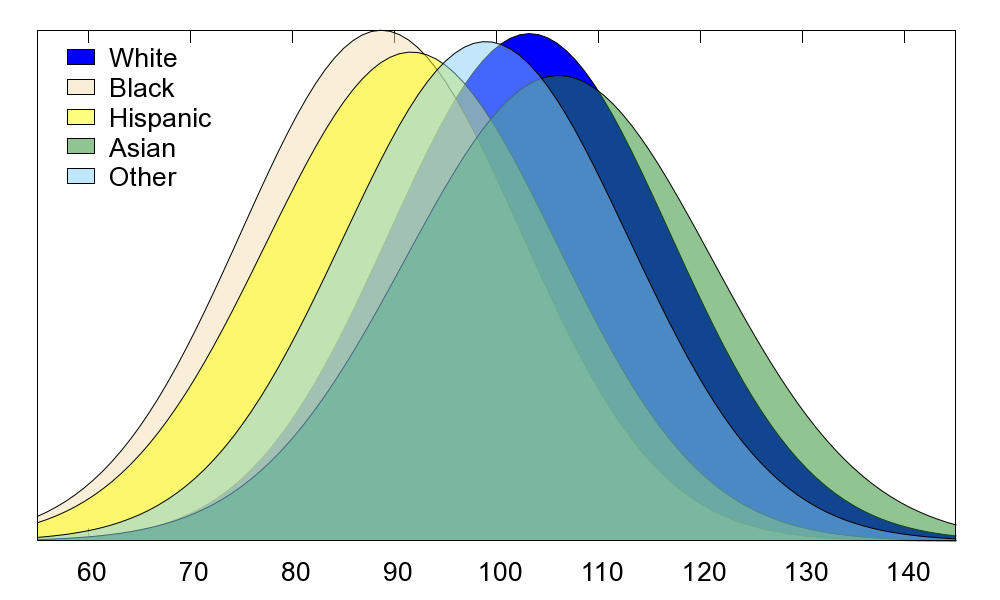 Diagram illustrating Wechsler Adult Intelligence Scale IV full-scale IQ score distributions for US racial and ethnic groups. Individuals with high and low measured IQ exist in all groups, but the measured group averages are despite this not equal.

The existence of individuals measuring high and low in all races

This can also be seen as an example of misleading cherry picking by the race denialists.

The race denialists are often attacking a straw man, falsely stating, or implying, that the race realists argue that all group members measure high/low, when the race realists instead make arguments regarding measured group averages.

False counterexamples are common in genetics denialism more generally, especially regarding politically sensitive characteristics, by pointing to examples of environmental influences, and falsely stating that these are counterexamples against genetic influences.

The race genetics denialists are often attacking a straw man, falsely stating, or falsely implying, that the genetics realists argue that genetics is the only factor having an influence, when they instead typically argue that both environmental and genetic factors are important.