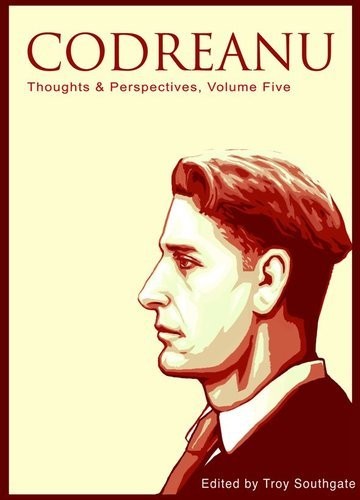 "Corneliu Zelea Codreanu (1899-1938) devoted most of his young life to the struggle for Romanian culture and identity and is widely acknowledged to be one of the bravest characters to pin his colours to the mast of European nationalism. As a result, therefore, we are both pleased and honoured to present this book as a tribute to one of the great heroes and legends of the national revolutionary cause. His example has served as a source of inspiration for all opponents of Capitalism and Marxism, and his sacrifice emulated by generation upon generation of young freedom fighters. Topics discussed include Codreanu, Church and State; his life and martyrdom; Codreanu in both underground culture and the Romanian archives, Nationalism beyond Hitler & Mussolini, Codreanu and the warrior ethos; and the lessons we can learn from the Iron Guard (or Legion of the Archangel Michael) today. The text also examines what Codreanu thought about the nation, the state, democracy, elitism, religion, fascism and the Jews. The contributors include Troy Southgate, K.R. Bolton, Keith Preston, Dimitris Michalopoulos, Charles Krafft and John Howells. "