From Metapedia
(Redirected from Blood and soil)
Jump to: navigation, search 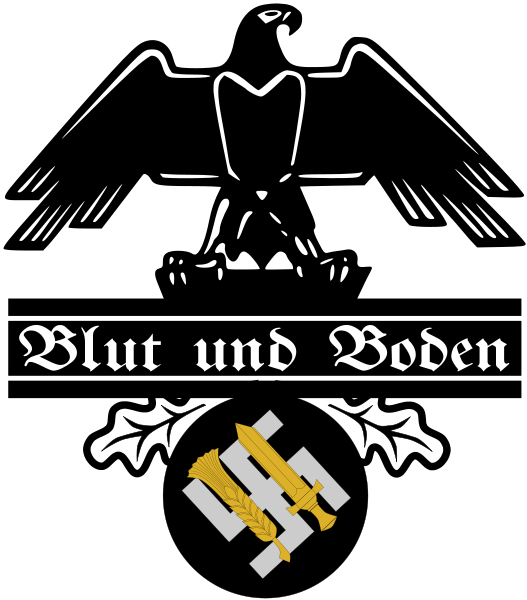 Blood and Soil (German: Blut und Boden) refers to a nationalist ideology/movement focusing on descent / race (Blood) and homeland / fatherland (Soil). The German expression was coined in the late 19th century, influenced by Romantic nationalism and the Völkisch movement‎, calling for a change to independent farming for the "Germanic aristocracy of the soil". 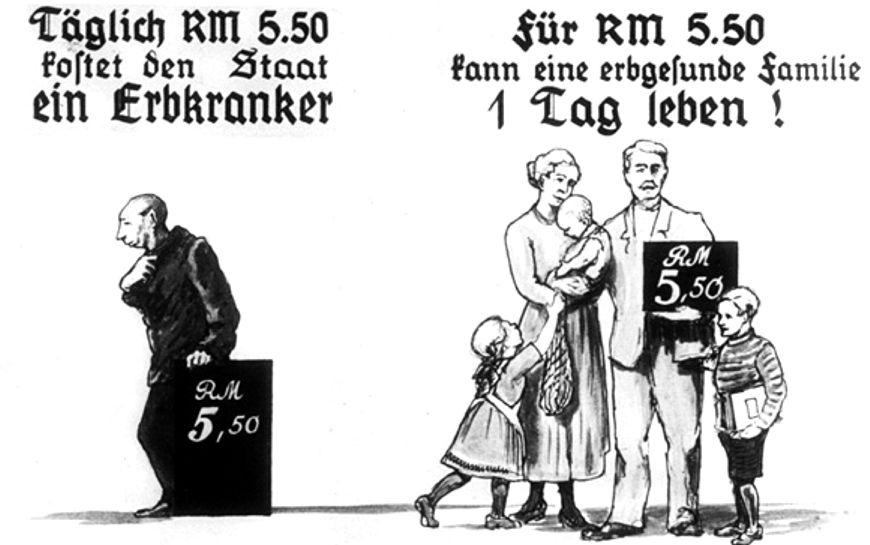 This image, part of the slide series "Blood and Soil" (c. 1935), suggests that the hereditarily diseased man on the left costs the state 5.50 Reichsmarks per day – enough for a healthy family of five to live on for one day. 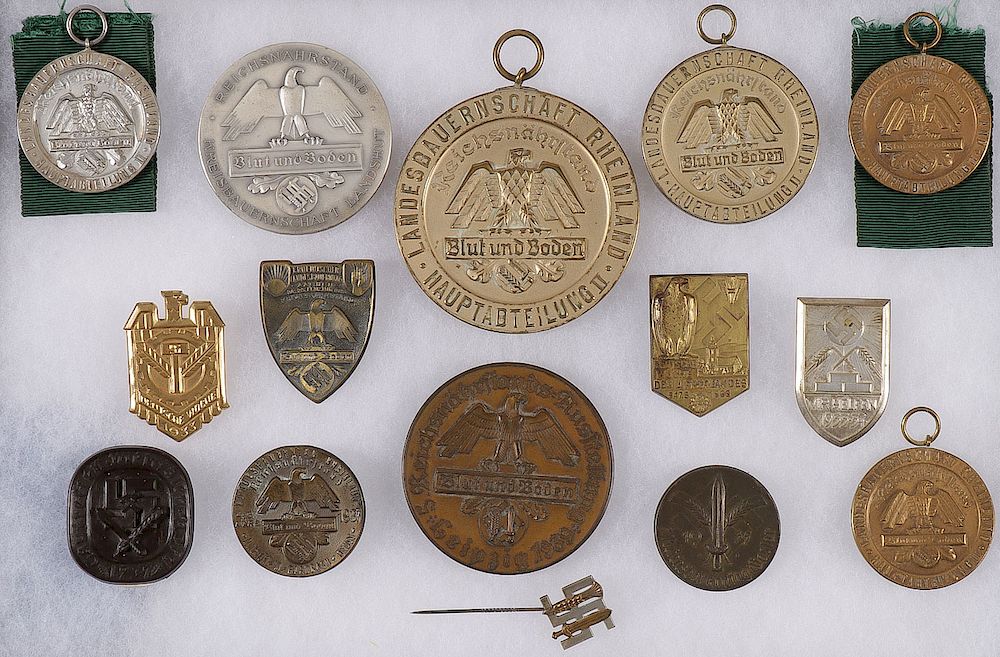 The German Blood and Soil movement celebrated the relationship of a people to the land that they live on and cultivate. It placed high esteem on the virtues of country (as opposed to urban) living and Germanic traditions. Belief in ‘blood and soil’ had been around before World War One and became associated with the love for nation and race.

Supporters of ‘blood and soil’, like the Wandervogel movement, invariably wanted to send their children on holiday to rural areas and this was later copied by the Hitler Youth and BDM movement, the Reichsarbeitsdienst der weiblichen Jugend and others.

Richard Walther Darré popularized the phrase in his 1930 book A New Nobility Based on Blood and Soil. Darré was an influential member of the NSDAP and assisted the party greatly in gaining support among rural Germans outside the cities (farmers, landowners, etc.). Darré argued that a master race created out of a eugenics programme would lead to a race of people who would be free from illness and full of virtue and good thoughts. The blemishes that he believed blighted German society then would be removed forever. He became Reich Minister of Food and Agriculture of National Socialist Germany and Reichsbauernführer (Reich Farmers' Leader) in 1933.

The Blut und Boden belief put farmers and other rural workers above those who worked in cities etc. In Asia, especially Japan, an ancient tradition. The rugged toughness of peasants from medieval times was celebrated. Numerous German peasant rebellions were portrayed in folklore as examples of the oppressor being overthrown by the oppressed. Men and women were portrayed muscled, strong and tanned – all signs of a healthy life spent outdoors. They produced more children than their urban equivalent. Schools taught how the countryside had been bought up by Jewish families and that rural families had been turned off the land and had to go to the cities to find work.

Members of the HJ and the BDM were encouraged to do their year’s labour service (Freiwilliger Arbeitsdienst and Reichsarbeitsdienst) on the land – returning the youth of the cities back to the soil – nearly 2 million in total. National Socialists believed that those who lived in Eastern Europe and western USSR had no idea on how to work the land properly and only true Aryans would know how to do this and make the area a “bread basket” (Hitler).

The "State Hereditary Farm Law" (Reichserbhofgesetz) of 29 September 1933 implemented the ideology, stating that its aim was to "preserve the farming community as blood-source of the German people". As farmers appeared as a source of economics and racial stability, the law was implemented to protect them from the forces of modernization.

In Allied-occupied Germany, after much debate about whether this law should be repealed or if it should be kept for the moment, after excising its most odious clauses, to protect the German food supply, in 1947 the Allied Control Council decided to repeal it and to regulate the transfer of forests and farms.