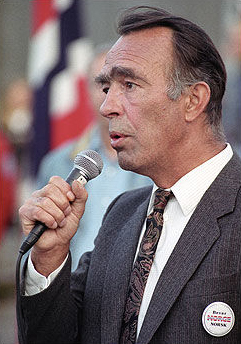 He had a varied working career, including as a military officer and businessman. In the 1960s, Myrdal was a local politician in Øyestad for the Labour Party. He however withdrew from the party and founded the Øyestad Free Labour Party (Øyestad frie Arbeiderparti) for the 1967 local elections. His new party became represented in the municipal council, and Myrdal himself was a local councillor for eight years. 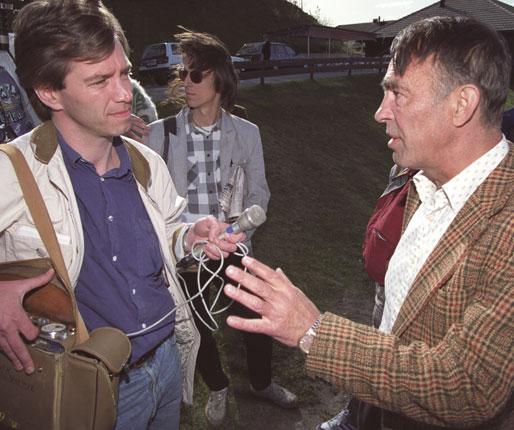 In 1987, Myrdal co-founded and became the leader of Folkebevegelsen mot innvandring (People's Movement Against Immigration, FMI).

The origin of it all was that 145 war veterans (war sailors) from World War II sent a letter to King Olav V, that they were very concerned about the situation where foreigners poured into the country. No one listened to the veterans' warnings and Folkebevegelsen mot innvandring was formed.

In April 1990, anti-racists from Blitz showed up in Fevik to sabotage a meeting of the FMI, but got an unpleasant surprise - when the nationalists attacked. Arne Myrdal urged his people to attack. The anti-racists were forced to flee the place, while their bus was attacked by angry nationalists. All this was caught on film by NRK (Norwegian Broadcasting Corporation). Myrdal was convicted for four months imprisonment for the incident.

In August 1991, confrontations broke out again. This time in Brumunddal. In 1991, Myrdal had been squeezed out of the FMI because some of his meetings ended with political violence, which the rest of the leadership wanted to distance themselves from. Instead, he had founded Norge Mot Innvandring (Norway Against Immigration, NMI), which organized the meeting in Brumunddal. Anti-racists had been bussed in from all over Norway, and they were hundreds who wanted to sabotage the meeting where Myrdal was to speak. It developed into a major street fight in which "anti-racists" were driven out of the town by both nationalists and local youth. Myrdal held a new meeting in Brumunddal three weeks later, where he completed his speech where around 4,000 people showed up both supporters and opponents. One of the supporters says to NRK: He is a prophet, and represents so many Norwegians.

In November 1991, Myrdal gave a speech at Youngstorget in central Oslo in front of 10,000 spectators. Many of the spectators were anti-racists who had come just to turn their backs on him. In November 1992, Myrdal was beaten up outside his home by three anti-fascist activists. Myrdal retired from political activity in the mid-1990s due to failing health. He died in 2007.

At the end of 1988, undercover FMI member Tom Krømcke reached out to Myrdal with the possession of dynamite. He brought this to Myrdal's home, and the next day the police stormed his house. Myrdal was later convicted to one year imprisonment for planning to bomb a asylum centre.

The contacts with the police had been initiated by Klassekampen journalist Finn Sjue (a Norwegian communist), and Krømcke later confirmed in an interview with the same newspaper that he had joined the FMI with the single purpose of working against the organisation. Myrdal later claimed that it was Krømcke who had brought up the idea of taking action against the asylum centre, that the whole incident thus was a set-up, and that he himself in addition had been under the influence of alcohol the night they met.

We must also ensure that every single one of these foreigners who have nothing to do in our country is sent back to their home country, whether it takes us 5, 10 or 100 years. We must certainly not give up our country because these foreigners cannot control their own population growth.
—Arne Myrdal, 1990[1]